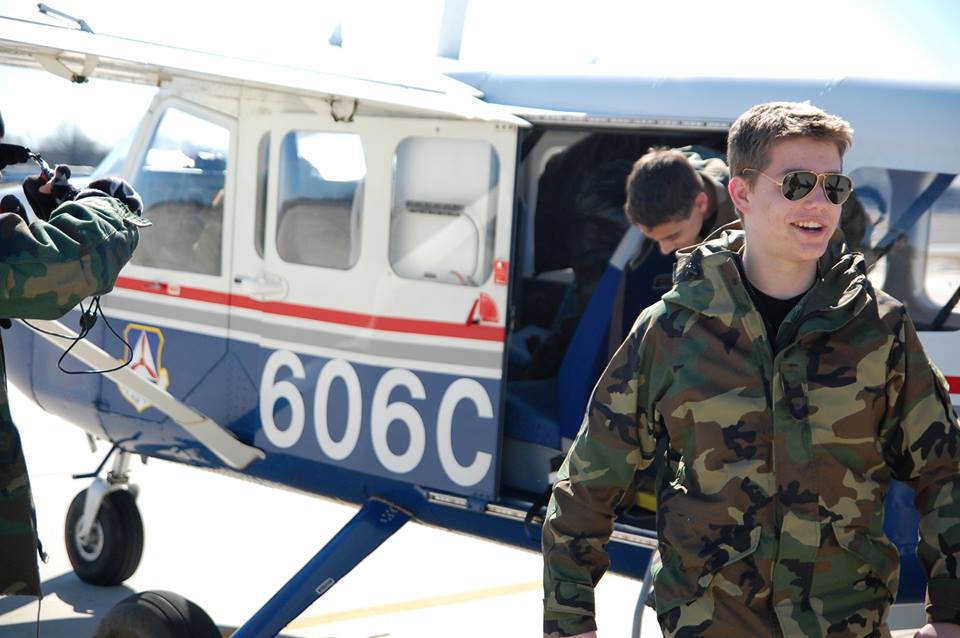 Cadets, aging from 12 up to 18, are given hands-on instruction on topics such as airport operations, aircraft anatomy, flight planning, communications, navigation, and basic aerodynamics. The program also introduces cadets to the science of flight using curriculum in Science, Technology, Engineering, and Math (STEM).

Cadet Airman Adrian Melendez, of the Valparaiso Composite Squadron, said, “It was really awesome. It felt like I found another world.” For many of the cadets, Saturday was a day they were able to get their second flight or more; however, it was Melendez’ first flight in a general aviation aircraft.

The event was hosted by the Valparaiso Composite Squadron and supported by aircraft and crews from La Porte, Indianapolis, and Greenwood.

After having to reschedule the flights due to poor weather, Saturday’s event was a success with cadets able to take control of the airplane during the enroute phase of flight. Many are looking forward to the next flight.