With a little bit of paint, soil, and plants, artistic duo You Are Here hopes to transform an abandoned house at 24th Massachusetts Street in Gary into a mural and edible garden. 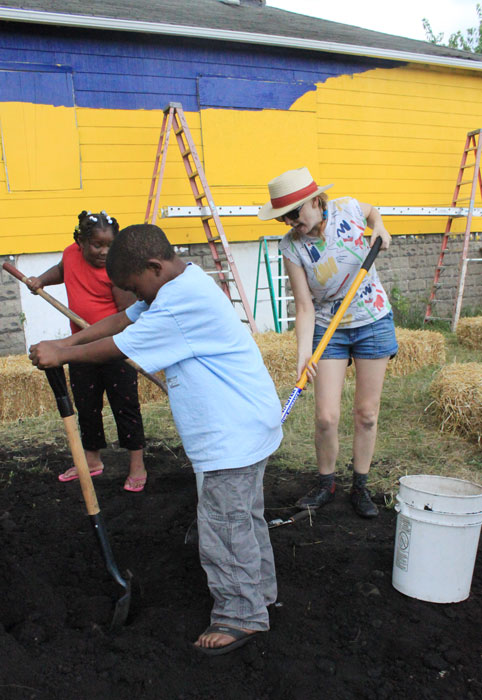 The grand opening will take place on Saturday, July 17 from 5 p.m. to sundown. Food will be provided along with speakers, entertainment, and a screening of a film titled “ReMake Estate.”

You Are Here is an art collective comprised of Zanny Begg and Keg de Souza, from Sydney, Australia. According to Begg, the goal of the group is to “explore social and spatial mapping in cities all over the world.”

The mural, painted by Higher Art, will be displayed on the side of the house and will use aspects of the 1978 film “The Wiz,” starring Gary born, Michael Jackson incorporating aspects of Gary’s environment and culture in it.

According to de Souza, they want to spread the message of self-reliance in the city.

“Gary doesn’t need people from the outside to save it,” said de Souza.

You Are Here has worked with Chicago’s Temporary Services and Mess Hall, the Central District Organizing Project and local people in the area.

You Are Here will also be making a film about Gary using “The Wiz” as a metaphor for the city, with the Tin Man representing the steel workers in the area and the scarecrow representing the garden being built.

You Are Here has done films and projects in Indonesia and Australia.