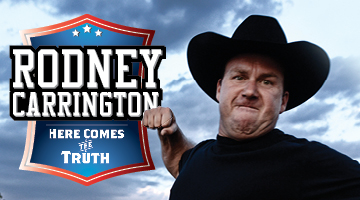 Visit bluechipcasino.com and enter to win a VIP weekend with Rodney Carrington, including two front row tickets, an overnight hotel stay on August 22 and dinner for two at a Blue Chip venue ($100 value). Tickets start at $45; visit ticketmaster.com or Blue Chip Gift box for tickets; must be 21 years of age or older with a valid state or government-issued photo ID to attend.