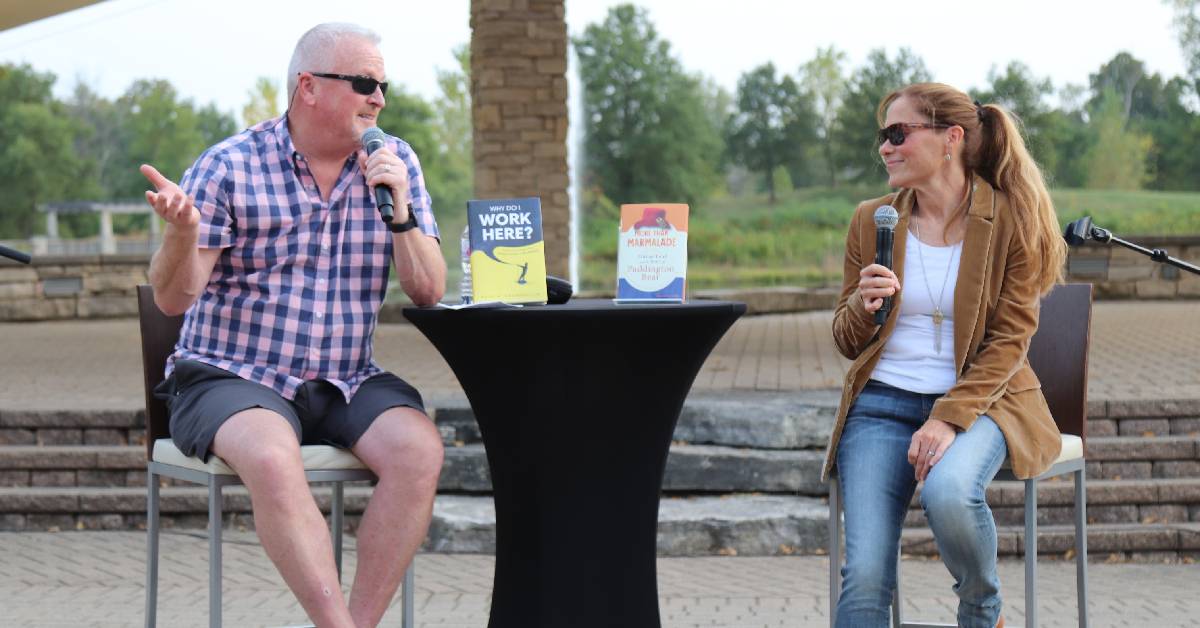 After two years of writing, CAPTRUST Principal Mark W. Chamberlain was able to release his book titled “Why Do I Work Here?” this July. While thinking about how to publicize his book, Chamberlain thought it would be great to host an event where two authors could get together and talk to people about their experience. On September 23, Chamberlain and Rosanne Tolin, author of the narrative biography “More Than Marmalade” got together to host an author-to-author conversation that would allow them to talk with each other and the audience about their books and the writing process.

The event took place at the Coffee Creek Amphitheater, allowing space for social distancing and a table where Barnes & Noble sold copies of the two featured books. Chamberlain and Tolin are both Chesterton natives.

“I instigated the event in collaboration with Barnes and Noble,” Chamberlain said. “I was excited about having my book finally released on Amazon, and I did a search of other local authors. It turned out that Rosanne Tolin, whose husband is a friend of mine, had a book published in February. I thought, ‘Hey, let’s do this thing where two authors sit down and talk about what it was like to write a book.’ I thought it would be good to invite Rosanne and share dual perspective on what it takes to write a book.”

Tolin’s narrative biography on Michael Bond, author of the Paddington Bear books, was released in February right before the pandemic swept across the United States. Tolin was thrilled to get Chamberlain’s invitation to discuss her book publicly in Chesterton.

“Mark reached out to me,” Tolin said. “His book came out recently and mine came out right before the pandemic, so I wasn’t able to do in-person events. I was getting as creative as I could with virtual events, Bookstagram, book blogging and stuff like that. Mark was gracious enough to contact me and say, ‘Hey, let’s do it together.’ Since this was my first opportunity to do something in person, I think it was a great idea to have it outside.”

The crowd contained friends, families, coworkers, and readers who were anxious to learn about their experience and expertise. One of Chamberlain’s former coworkers, Sylvia Rhine, was among the first to read an excerpt from his book during his writing process and came to support him and learn from both authors.

“I worked with him for 10 years at Lakeside Wealth Management,” Rhine said. “He was a friend before that, so I’ve known him for 25 years. He told me about the book when he was first writing it and let me read a chapter of it. It’s an easy read that I think people will enjoy, and it’s not just a book for the workplace. It’s a book for families and other types of organizations. I sent a couple paragraphs to my whole family, because I thought it was helpful for marriage relationships.”

After holding various leadership roles such as his current position as Principal of CAPTRUST, Chamberlain wanted to share how leaders could do better and transform their environments.

The books are both available for purchase at Barnes & Noble and on Amazon. Both authors encourage people to purchase locally to help support their communities. 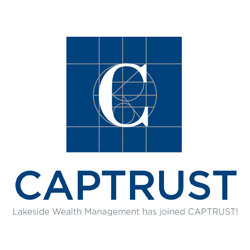