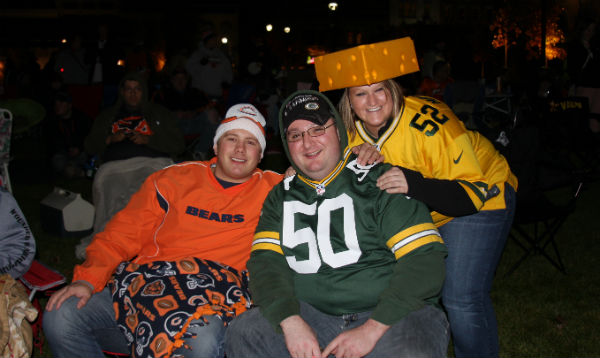 Guests could pack their own picnic foods, or opt to buy tailgate favorites being sold by local teams at the event. The VHS Quarterback Club, VHS Cheerleaders and Valpo Pop Warner were on site with hot dogs, Domino’s Pizza, hot coffee, hot chocolate, popcorn and other treats.

“Im neither a Green Bay fan nor a Packers fan, but I came nevertheless because I wanted to witness the rivalry between my roommate, a Packers fan, and my boyfriend, a Bears fan,” said guest Nicole Zehel. “Plus, I think the downtown area is very cute and I am glad they are utilizing the park for events like this.” 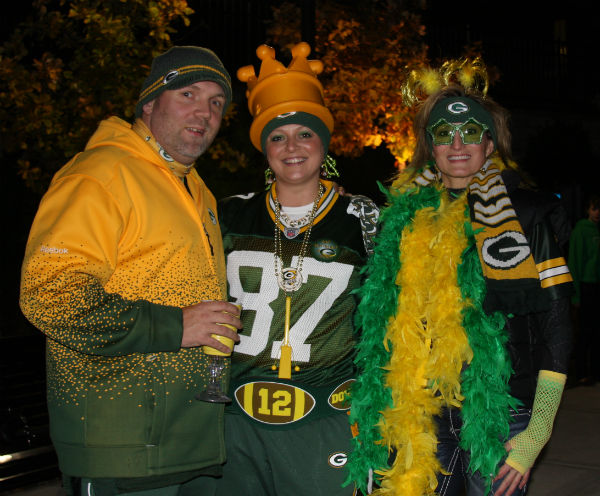 Tina St. Aubin, executive director for Valpo Community Festivals and Events, said she expected a bigger turnout because it was not as cold as last year's event. 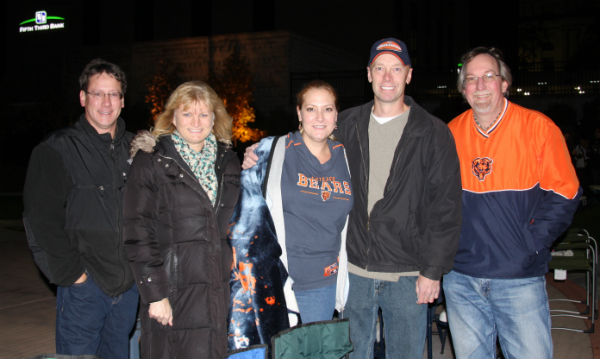 The game kicked off at 7:40 p.m. and the halftime show included a performance by the VHS Vikettes followed by face painting. Attendees wore their favorite jersey and brought tailgating supplies, like coolers, blankets, and chairs to turn the park into a comfy place to watch the game.

The first 300 visitors to the VCFE table received a free stadium cushion, a prize that certainly will come in handy for the avid football fan. Despite the chilly fall weather, Bears and Packers fans alike shared the love for the game by coming together at the second annual Great Downtown Tailgate.