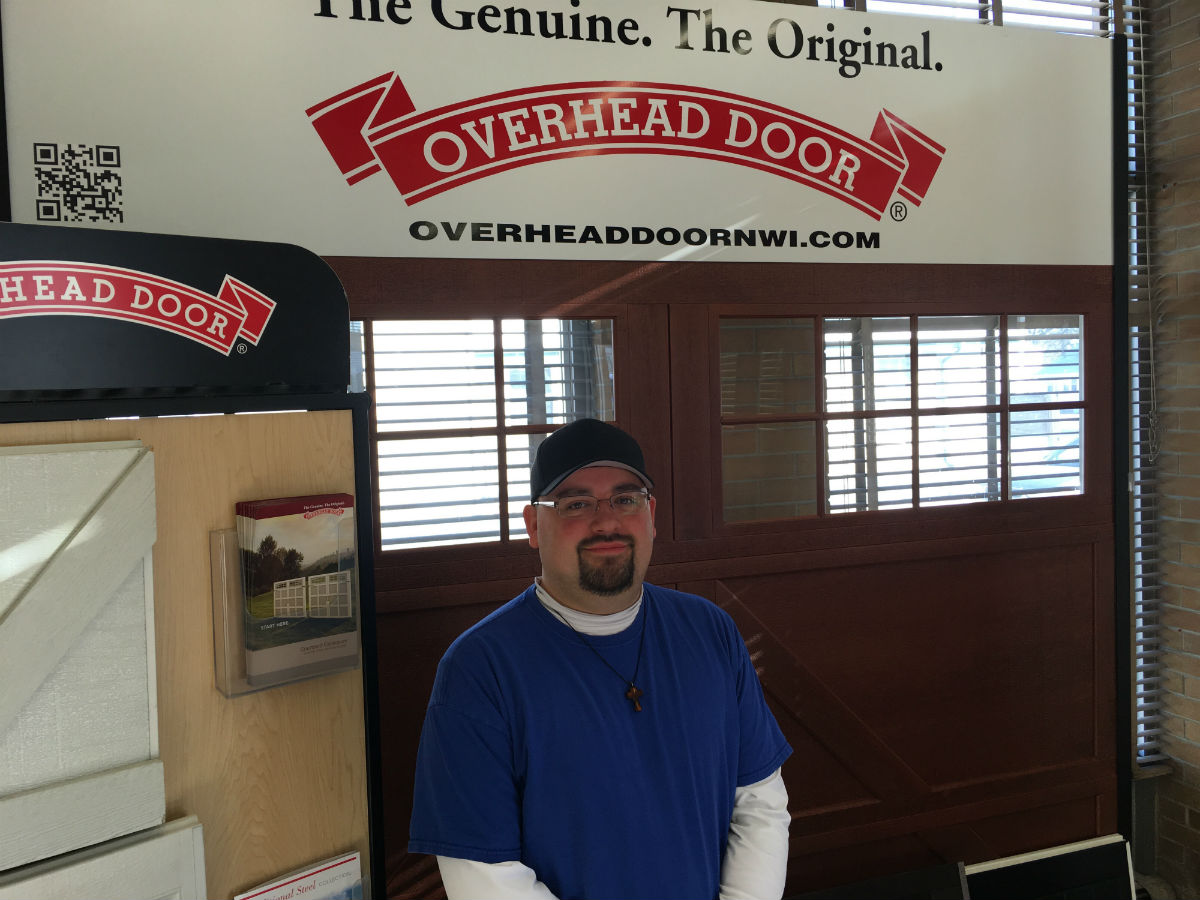 Two things have always remained constant in Overhead Door of NWI’s Sales Coordinator, Nathan Carrasquillo’s life: his love of Northwest Indiana and his commitment to family.

It has been family that has kept Nathan in Northwest Indiana; family that provided the motivation for working as hard as he could to provide; and family is why Carrasquillo says he is forever grateful that Overhead Door gave him a chance.

“I was a Department Manager at Target before I came here,” Carrasquillo told IIMM of his road to working at Overhead Door. “But I had three knee surgeries and eventually I just could not work the job there, I just couldn’t. I had to leave and became worried of where I would work and how I would provide for my family.”

“But Jim and Tom [Cameron] gave me a chance, and it has been a blessing that they gave me the opportunity.”

And Carrasquillo says the reason he was given the chance by Overhead Door, and the reason the opportunity feels like such a blessing, comes down to that one bond that both himself and the company value so much: family.

“The company understands the importance of family,” Carrasquillo added. “There’s a big difference in how a company is ran when family plays such a prominent role. If you’re going through things, they care.”

And what makes all the difference is that when the company says family first, they mean it. Carrasquillo experienced it not too long ago.

“My wife had to go to the hospital, and when I told them they just said ‘go,’ and that was it.”

That’s just the way it is at Overhead Door of NWI, and the way it’s all going to be. It’s a family helping families in The Region.

“Great people make for a great company, and I love working with people who stand behind their employees and stand behind the company they work for,” explained Carrasquillo.

And having each other’s backs and standing behind your brand is how it should be, because in the end it’s all about that one thing, says Carrasquillo.

“It’s all about family. The people here who work for this company, they are my family and I wouldn’t want it any other way.”