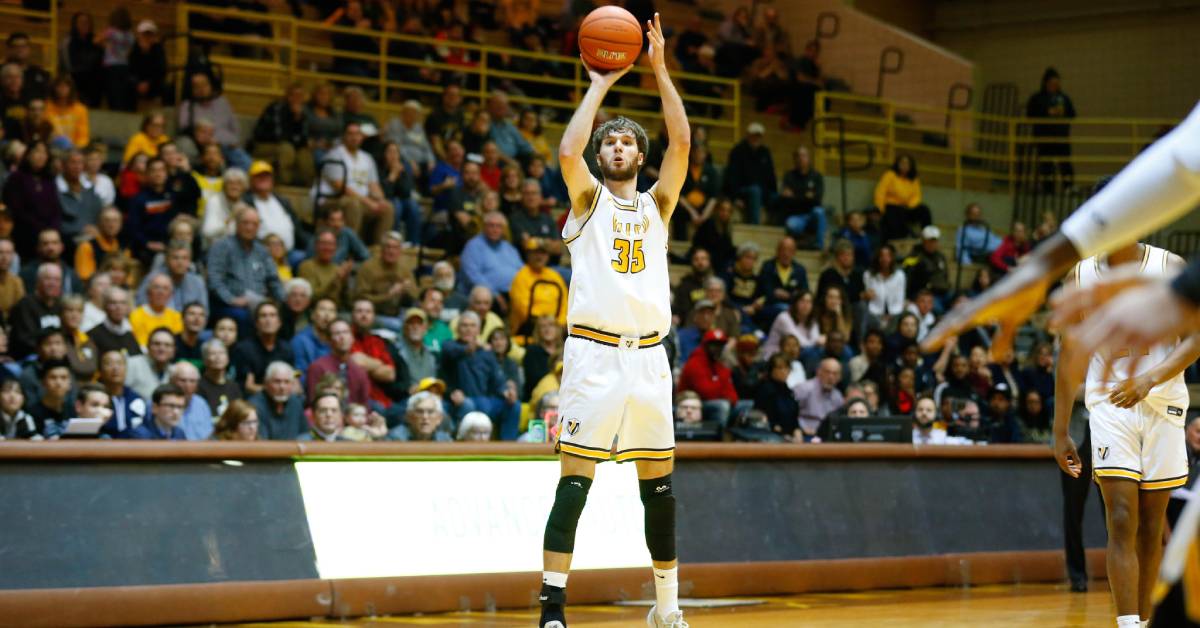 Valparaiso University’s (VU) basketball games are a blast to attend. NCAA Division I talent dukes it out in the heart of the VU campus, the Athletics-Recreation Center, or ARC, on a constant basis throughout the winter. Ever since Valpo joined the Missouri Valley Conference, the production values of Crusader’s games has skyrocketed, both in broadcasts and in the ARC.

The men and women on the court are the stars of the show, but behind the scenes is a crew that works tirelessly. They put hours and hours of work into every game day to ensure that things run smoothly, the seats are filled, and that fans leave happy. One of the key figures of that crew is Lexi Nichols, Assistant Director of Marketing for Athletics.

“The ARC is electrifying when it’s loud and people are cheering,” said Nichols. “We feed off of that energy our fans create for us. When people see that, it keeps them coming back.”

One of the key aspects of any game at the ARC is the student section. Always the loudest and proudest, they help sustain the crowd’s energy, support the team, and work like a massive cheer squad.

“I’m really lucky, I call them my super fans,” Nichols said. “They’re pretty good at self-organizing. They help spread the word, and we found that word-of-mouth is the best way to advertise game days.”

Since Valpo joined the Valley Conference in 2017, fan enthusiasm has soared.

“We’ve seen a big increase in interest over the past couple of years, especially from our fraternity and sorority life,” Nichols said. “We partnered with them this year to host a pre-season cookout with the men’s basketball team. It’s nice to see them standing up and cheering for their classmates.”

While the on-court action is the centerpiece of any game day, what happens in the downtime is critical for keeping fans engaged. Constant timeouts and dull announcements can quickly sap the energy from even the most enthusiastic crowd. Playing the shepherd during the lulls in action is essential, and is something Nichols and the rest of the crew have been focusing on recently.

In the offseason, they sent out surveys to their season ticket holders, hosted committees, and brainstormed ways to make the game experience more engaging.

“We changed up our playlists this year and added a ton of on-court promotions with our sponsors,” Nichols said. “Everything is a lot more interactive with the crowd during timeouts instead of just playing video spots. We’re really trying to get our fans involved not just in the game, but in everything around it.”

Another big change since joining the Valley are the broadcast standards. Every game is now shown on ESPN+ or ESPN3, streaming services that ensure Valpo fans across the country can keep up with the team.

“When we moved to the Valley, we invested a lot of money in the control room, camera equipment, and making Ron Blatz our full-time Studio, Broadcast, and Streaming Manager,” said Brandon Vickrey, Assistant Director of Athletics for Media Relations. “It’s been huge for our department to put on this level of production. When you’re watching a game it feels like you’re seeing it on the main ESPN channel.”

Students even get involved in production for various sports, whether it be in the control room or operating cameras.

“I think it’s fun for our students to get that opportunity to work in a real-world environment,” Vickrey said. “It’ll be a really big driver in recruiting students for our Communications Department in the future. These students are pretty much getting to do what they would at an ESPN studio right here on campus.”

Nichols’ role in helping organize all of this is sometimes challenging but the response she gets from fans makes everything worth it.

“I love when I’m walking around the arena and I hear a fan comment about how awesome it is,” she said. “Just hearing that people are having a good experience is what makes me smile.”

Keep up with all the latest in Valpo sports at valpoathletics.com. Photo courtesy of Valparaiso University.