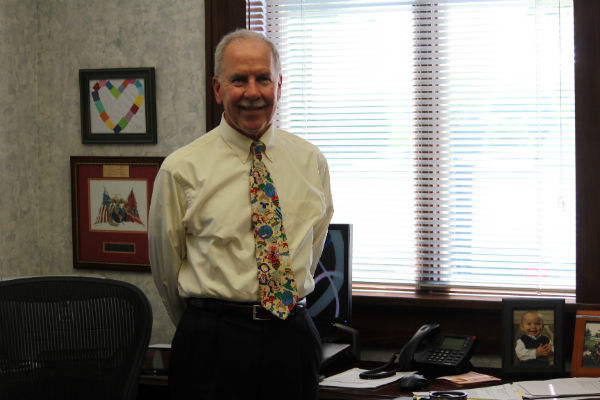 With the new school year just underway, members of the Valparaiso Community Schools are still growing accustomed to the new leadership team that is in place at Central Office in an effort to rejuvenate the district. Atop that leadership group is Mike Berta, who previously served as the Portage Township Schools Superintendent before retiring in June. Berta intended to stay retired, but he was wooed back into action at the thought of helping rebuild a district as the interim superintendent.

“I made the decision to retire and that was it,” Berta said. “I had every intention not to work again, at least not in the superintendentcy. However, there were a number of different actions that resulted in there being no one left in Central Office here. Toward the middle to latter part of June, a board member from Valparaiso made contact with me and communicated that he would like to talk to me about the possibility of serving as an interim superintendent.”

About a week later, discussion between the board members and Berta continued. They eventually reached an agreement on a contract that allows both sides, the board and Berta, to revisit the possibility of a second year in December 2012 or January 2013.

A Valparaiso School Board meeting was held on August 6, a Monday evening, to determine whether or not Berta would officially be approved as the new superintendent.

“I was very anxious,” Berta said. “When I pulled into the parking lot here [at the Valparaiso Administration Building], I had never been in this building. The parking lot was full and there were a lot of people out here sitting in their cars when I pulled in. When I saw that, I got even more anxious. When I got out of my car, most of those folks that were sitting in their cars got out of their cars, came over, introduced themselves and said things like, ‘We’re glad that you’re here. We appreciate you coming out of retirement to do a service for a school corporation.’ Folks put me at ease right away with those kinds of statements. They were very welcoming and supportive.” 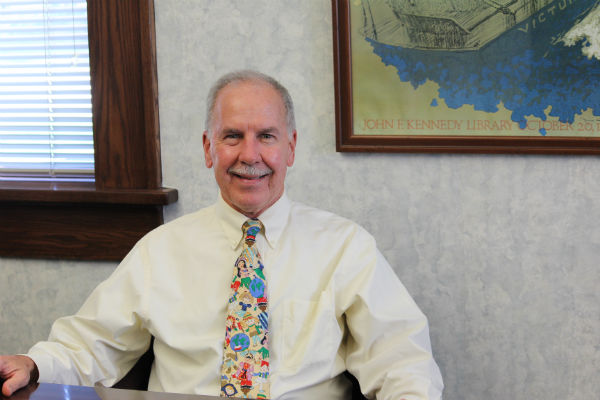 Berta was further pacified when the board unanimously voted to approve he and assistant superintendent Jim Doane as the new one-two punch of the Valparaiso Community Schools. Although he was immediately accepted and welcomed by teachers, students, parents and administrators, Berta was still tossed into a precarious situation as he tries to rectify various issues that have affected the district in recent years.

“The biggest priority right now is reestablishing trust and stability in the school corporation. That means the community and all of our community representatives working with the schools, with teachers, with the school board, with city officials,” he said.

Berta emphasized his highest priority as reestablishing communication, stability and trust. His second priority is to come to terms with the current budget situation, which people have never experienced in Valparaiso before.

“We’ve had a budget reduction here, much like Portage three or four years ago, much like every school corporation in the state of Indiana because of the actions taken by our legislatures in Indianapolis. The Valpo Schools are going to need to do things differently in order to save the dollars that we’re not having come to us in revenue anymore.”

Shortly after he was offered the position of interim superintendent, Berta gave retired Valparaiso High School principal Jim Doane a phone call to garner information about the district. The two men had previously worked together when Doane was the President of the Portage Association of Teachers while Berta was the Portage Assistant Superintendent.

“What I learned about Jim Doane was that he was a highly knowledgeable and fair man,” Berta said.

That June phone conversation resulted in Berta bringing Doane, who had just retired as the Valparaiso High School principal, with him to Central Office. Berta continued to build his staff when he brought in Sharon Quackenbush as Chief Financial Officer. Quackenbush had previously served in that same role in Portage.

“Having worked with her for eight years, I knew what she knew. Plus, she understands how I think,” Berta said.

Berta spent several weeks over the summer pondering whether or not to come out of retirement, and eventually decided that he could not pass up this opportunity. He is as energetic as ever and ready to meet the challenges of his new position head on.

“I still felt energetic and I felt that because of the conversations I had had with the board, that folks had high belief in some talent and skill that I had had,” Berta said. “Once I retired in early July, my wife had a list of things that needed to get done around the house, shelves in the basement and things needed to get painted, so I had built a calendar deep into the fall, but then when I made this decision all that had to get put on the backburner, so I’ll just save that list for some other time. That stuff will wait, I’ll get that painted, but this is what I want to do.”

Click here for Brandon Vickrey's Voices article that describes why Berta is the right choice for Valpo.