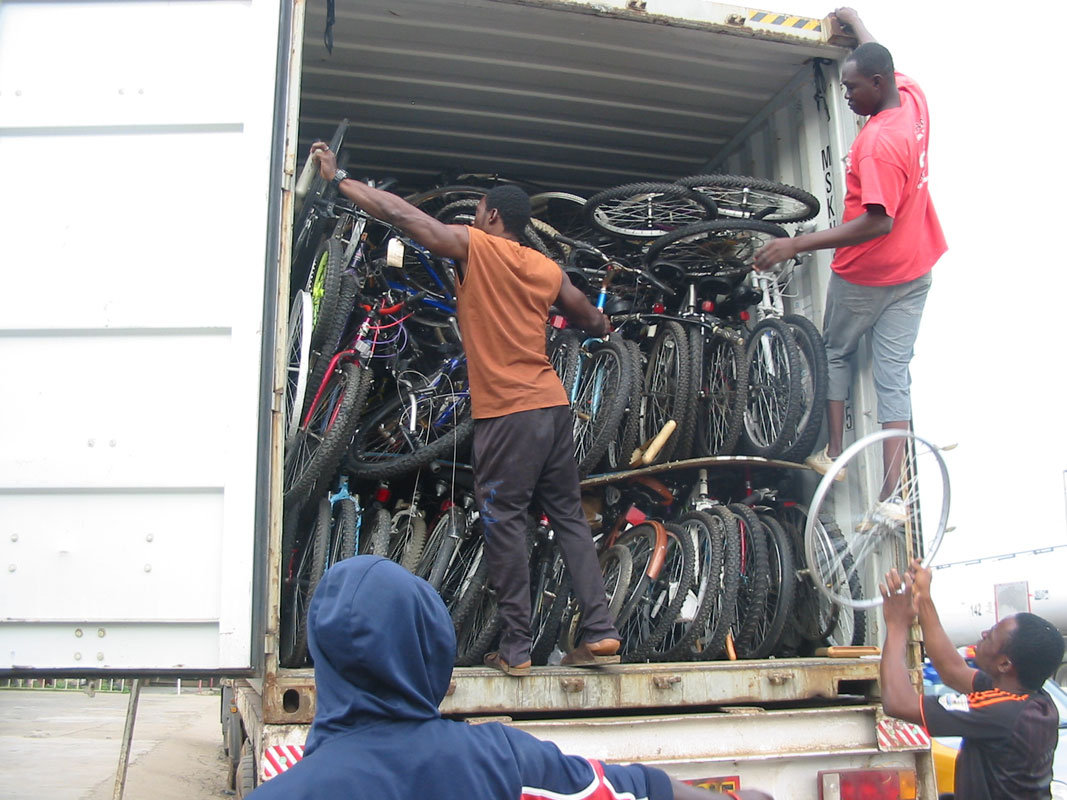 Working Bikes, a 501(c)3 nonprofit organization based in Chicago, donates used bicycles to those in need in developing countries and in low-income communities in Chicago.

“Countless bicycles are discarded or sit unused in garages in the United States every year,” said Marie Akerman, Working Bikes communications and development manager. “But these bikes still have life in them and could be put to good use. In areas that lack reliable, accessible transportation, a bicycle can truly change the life of an individual, their family and their community.”

Besides a form of transportation, bicycles are used for towing cargo, and even as a source of electricity through the creation of pedal-powered machines. In areas plagued by poverty, high levels of unemployment and lack of efficient transportation, a bicycle can help provide access to jobs, education, medical attention, and other resources.

Anyone can bring their old bicycles in any size and condition, as well as bicycle parts and accessories, to the Northwest Earth Day Celebration between 9 a.m. and 4 p.m. for the collection. The first 20 bicycle donors will receive $50 off a new Trek Bicycle, courtesy of Trek Bicycle Store Schererville.

“It could be a banana seat bike your daughter outgrew 20 years ago, a BMX bike from your son’s teenage years, a fun road bike bought on a whim, or a vintage bike you haven’t ridden in years but just can’t quite get rid of,” Akerman said.

“When we talk about reduce, reuse and recycle, a collection such as this is the ultimate reuse,” said Donna Stuckert, public education coordinator for the Recycling & Waste Reduction District of Porter County, the agency that organizes and runs the annual Northwest Indiana Earth Day Celebration.

“Even if you own a bike that has been broken for years, Working Bikes will make great use of it to benefit others who are less fortunate,” she said. “Don’t throw it away; donate it. And if you’re not using it, someone else can.”

Locally, Working Bikes donates to individuals and partner organizations in Chicago, providing transportation to people in homeless transition, refugee resettlement, and youth empowerment programs in their own community. Since its founding in 1999 by a small group of volunteers, Working Bikes has donated over 50,000 bicycles.

In 2014 Working Bikes donated over 7,000 bicycles to their international and local partners. All donations are tax deductible, and donors will be provided with a donation receipt. For questions about what to donate, contact Working Bikes at donations@workingbikes.org.

The Recycling & Waste Reduction District of Porter County is an agency dedicated to improving the environment and quality of life by providing services and educational programs which help residents reduce, reuse, and recycle.