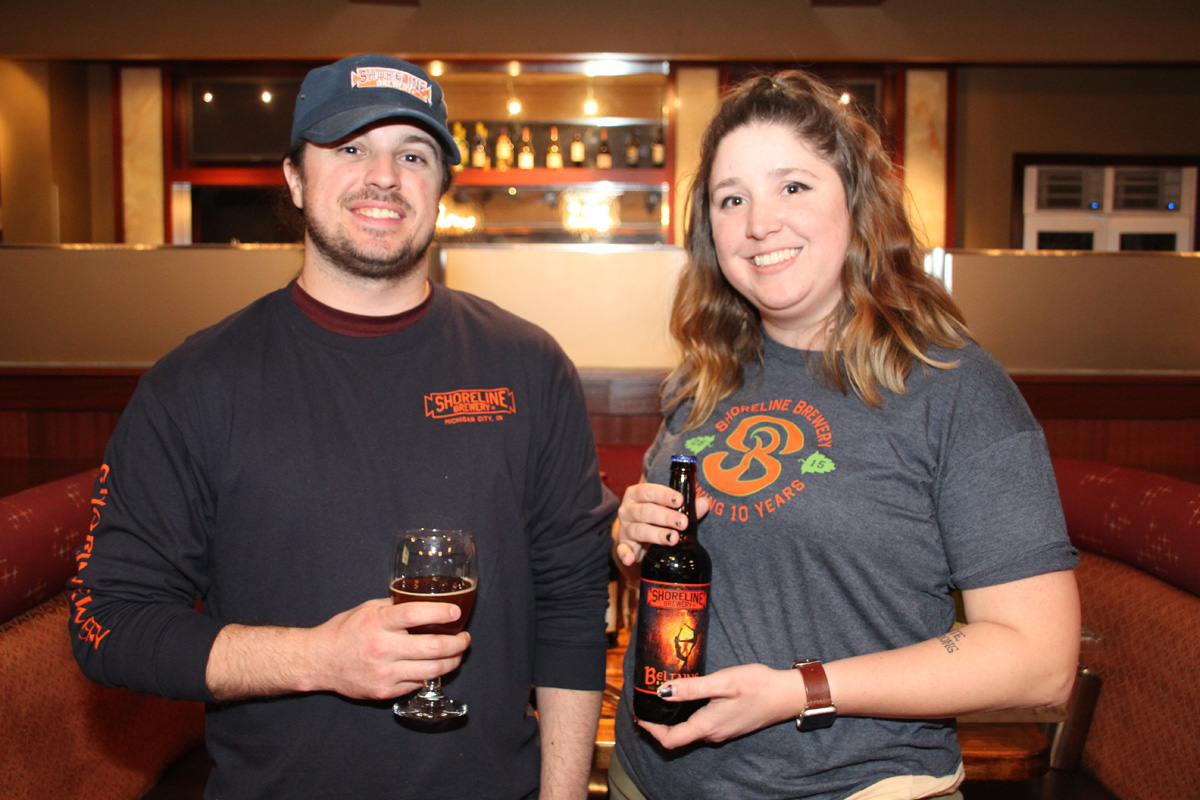 On Wednesday, Blue Chip Casino, Hotel & Spa in Michigan City held a special Preview Day event to provide a glimpse into what to expect at this, the 7th Annual Blue Chip Brewfest which will be held on Saturday, April 8th. Preview Day festivities brought together breweries from close to home and around the Midwest to offer their crafted selections with a food pairing from Blue Chip Casino.

Brewfest has become a special event for Blue Chip Casino and over the last seven years the event has grown exponentially. Over 300 brews will be on tap at this year’s Brewfest from over 80 specialty brewers making this the ultimate beer sampling event.

“The craft beer craze is still “brewing,’” said Blue Chip Assistant General Manager, Jack Elia. “Brewfest is in its seventh year with more breweries and beer offerings than last year, and by the looks of things more attendees than last year.”

“This event is, without a doubt my favorite,” Elia added. “We put a little spin on Brewfest this year and it will actually be held in the first floor of our parking garage covered from the weather.”

Each year, Blue Chip Casino has grown the event, the amount of vendors and the number of attendees. Last year’s Brewfest event drew in a crowd of around 2500 and Blue Chip Casino is looking to increase that number this year as well.

“This is one event you really don’t want to miss and in typical Blue Chip style we have numerous items in our silent auction and for sale with all proceeds donated to United Way,” Elia concluded. “We’re looking forward to another great Brewfest!”

A feature of this year’s Preview Day event was a food pairing to go along with the unique selections that each brewer showcased. Several of the brewers on hand spoke about Blue Chip Brewfest and what the event does for the city, the breweries and the craft beer industry.

“This (event) always holds true to our hearts,” said Matt Zakrzeski, Co-Owner of Burn’Em Brewing, when speaking about Brewfest. “2013 was the first year that we did Blue Chip Brewfest and it was the first event that we actually ever released our brand into. They’re in our hometown, and we’re local. We’re all about giving back to the community and creating friendships with our neighbors. They’ve created a friendship with us, they accepted us and we’ll always done the same, and they give us an avenue to expose a lot of the styles we produce.”

Jim Knight and Natalie Mills from Shoreline Brewery said, “This one is a little unique for us because it is in Michigan City so this is our hometown. It’s still very important for us to be representing the hometown and we’ve got our friends from other breweries here, and we all like to show up and bring some tasty treats for everyone,” said Knight.

“It really gives us a chance to celebrate one of the things we stand for which is all of these people who have a really big passion for beer,” Mills added. “The Brewfest is really just a celebration of that and we’re here to be a part of it all.”

Another brewer, Zorn Brew Works, was also at Wednesday’s preview and, for the local brewer, this is their first Blue Chip Brewfest. Chris and Nichole Reisetter spoke about Brewfest, Michigan City and the revival happening in the city.

“Michigan City is super into what we’re doing and have really helped us out along the way,” said Chris.

“Especially Elston Grove, where the brewery is located, is a huge part of the historic revival of the area,” echoed Nichole. “We’re right off of Michigan Boulevard so it’s awesome to be a stone's throw from what’s already established in the city and to be part of the progress that’s going on. It’s really exciting.”

Renee Rodimel from Saint John Malt Brothers said, ”This will be the third Blue Chip Brewfest that we’ve attended. Since we’re so new, one of our main goals with these types of events is to get our name out there and get them familiar with our logo and our product. Obviously, we want them to taste it and you don’t have that opportunity when you walk into a store. This is an area that we’d like to get into more and these are the exact customers that we’re looking for. They do great job at making it an easy event to set up for, for as many people and breweries that come through.”

To find out more about this year’s 7th Annual Blue Chip Brewfest, go to: http://www.bluechipcasino.com/