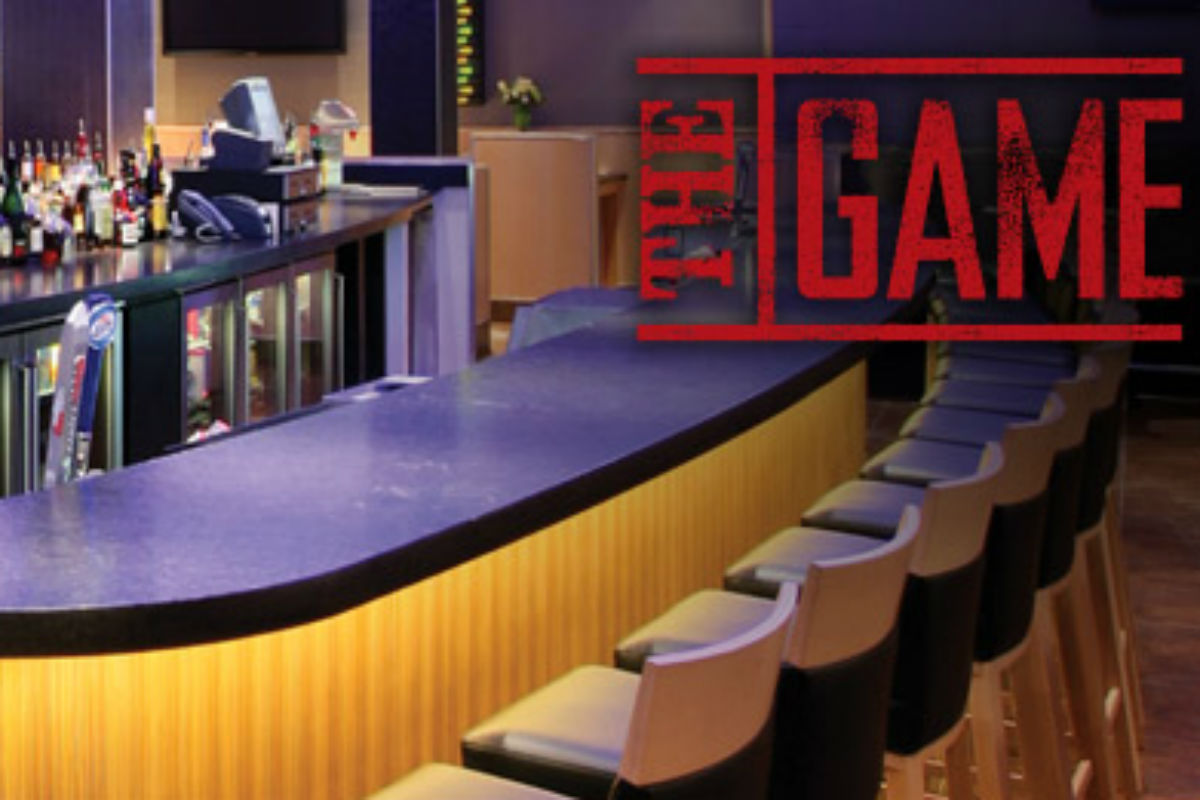 Arguably the best part of watching sports coverage is the food and beer. Well, at least for those of us who are less passionate about sports themselves but will happily join a group of friends and family to watch “the game.” Blue Chip Casino’s deluxe sports bar and grill, The Game, is perfect for sports enthusiasts on any level. With 34 beers on tap, plus a delicious menu, The Game can even convert sports haters into sports lovers.

Located on Blue Chip’s main floor pavilion, The Game is a calling card to the hungry, the thirsty, and the sports-ready. Wall-to-wall televisions abound, enhancing the viewing experience. Starting on Sunday July 22, those television screens will even air Shark Week programming, accompanied by themed food and beverages, such as shark bites and a Fuzzy Shark cocktail.

On any given day, The Game offers the requisite sports bar fare, such as loaded nachos, wings, and burgers. The restaurant also offers more mouth-watering twists on classics: from gourmet foot long hot dogs, such as the DITKA™ Dog with its spicy mustard and carmelized onions, to heaping helpings of Touchdown Tator Tots, such as the Taco Tots topped with chorizo, pico de gallo, cheddar cheese sauce, sour cream, and hot sauce. The Game also features a hearty breakfast menu, so patrons can start their day off right!

The Game’s crowning glory, however, is its enormous beer menu. 34 beers on tap is nothing to scoff at; a draft beer far surpasses beer in a can or a bottle, especially when it comes to game day at a sports bar. The Game’s beer menu rotates, but here are a few local flavors on tap right now:

First Gear is a Single Malt Pale Ale crafted by Zorn Brewery in Michigan City. Brewed with galena and mosaic hops, the beer pours a pale, golden hue and includes notes of pineapple, citrus, and stone fruits. Perfect for a summer beer!

Pale Alement is, as its namesake suggests, an extra pale ale. Brewed in Michigan City’s Burn ‘Em Brewing, this beer promises to cure whatever “ales” you with its centennial and bravo hops. Hops do tend to lift the spirits.

Rounding out the Michigan City-brewed selections is Beltaine Scottish Ale from Shoreline Brewery. This beer possesses a rich amber color and hints of caramel, making for easy drinking. The Beltaine is the number one selling beer at Shoreline, and even snagged Silver Medals at the 2006 and 2008 World Beer Cup competition.

These are just a few of the craft beers on tap at The Game, all of them brewed in Northwest Indiana. The bar has plenty of other beers on demand, from breweries both near and far. Beer flights are just $9 and come with five samples on a paddle. For those who aren’t as keen on craft beers, traditional and mainstream beers like Samuel Adam’s Summer Ale, Leinenkugel’s Summer Shandy, Miller Lite, and Bud Lite are available. For those who don’t like beer whatsoever, Redd’s Apple Ale is also on tap.

Whether you’ll be sampling one of The Game’s 34 draft beers or not, one thing is for sure— game day will never be the same!