Actually, the gingerbread project has expanded from last year’s lavishly decorated cottage to become an entire 14-foot long, eight-foot tall and seven-foot deep Dickens-style city block, consisting of a Victorian home, a brownstone apartment building and a corner building featuring a bakery and a toy store. “I was inspired by the look of the beautiful old homes-- the “painted ladies”-- in Michigan City,” says Chef Charlene. 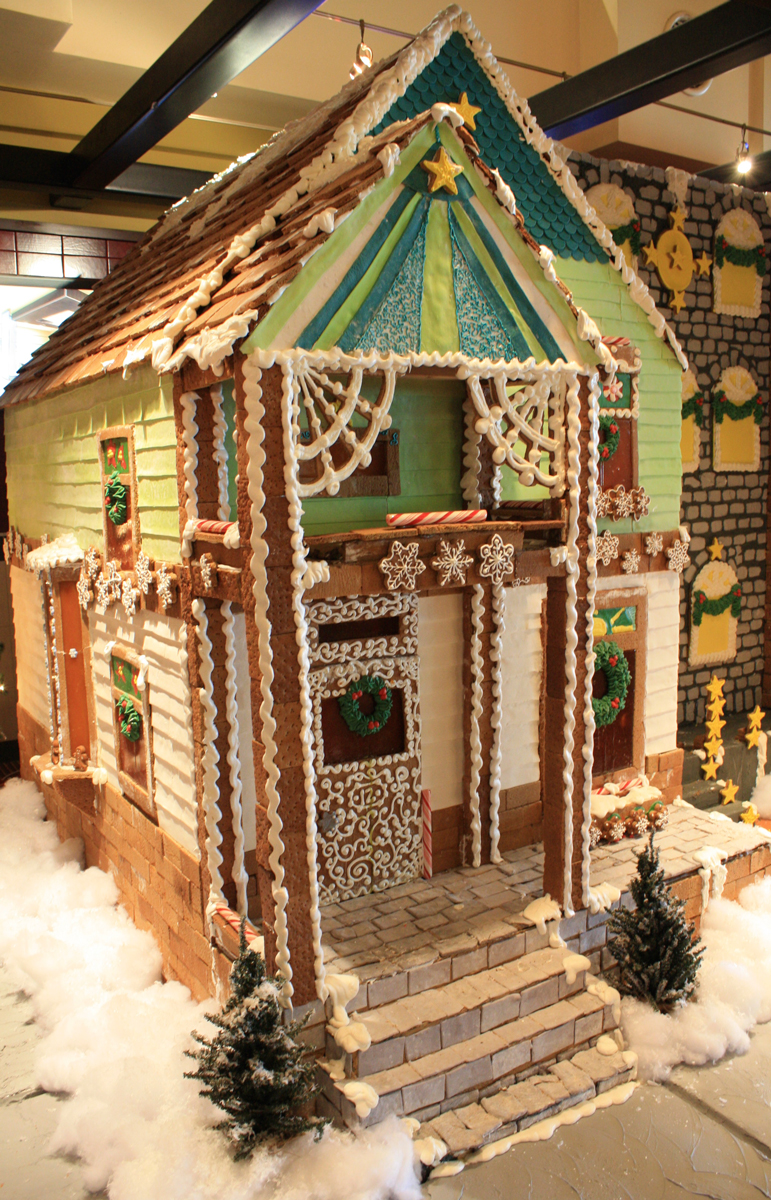 Although planning, design and preparations have been underway for months, the gingerbread city block was built right after Thanksgiving in Blue Chip’s main lobby. Aside from the plywood base, everything on the buildings is edible, including the bricks, which are made of gingerbread and the ‘mortar,’ which is made of powdered sugar and egg whites. “It’s an unspoken rule among gingerbread artists that everything should be edible,” says Chef Charlene. She has even created delicious –and real -- miniature cakes and decorated cookies for the gingerbread bakery. “We like to surprise and delight our guests, so we want to make everything as authentic as possible,” she says.

More than 200 hours of work went into the gingerbread creation. Ingredients included hundreds of sheet pans of gingerbread, thousands of pounds of powdered sugar, dozens of cases of marshmallows, gallons of egg whites and hundreds of assorted candies and hand-decorated cookies.

Chef Charlene was assisted by prep cook Carol Keller and a finishing crew of enthusiastic Blue Chip employees. During the construction process, Blue Chip guests frequently sat and watched, sometimes for hours. “Adults become children again,” says Chef Charlene. “They reminisce about the holidays when they were very young.”