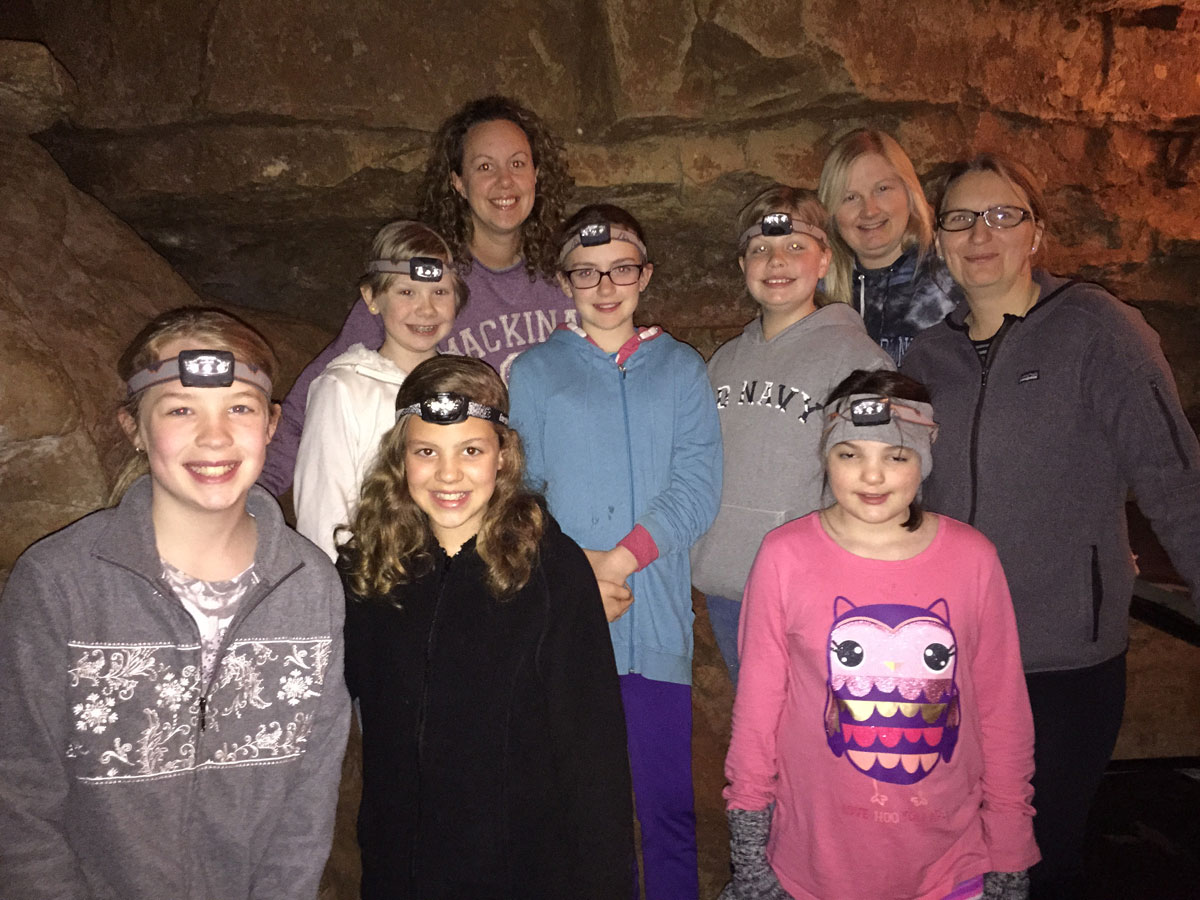 Two Junior Girl Scout troops from Valparaiso spent a recent weekend learning about cave explorations and spending the night at the Bluesprings Caverns in Bedford, IN. Troop 86 from Central School and Troop 148 from Parkview School left on Saturday, April 11 driving 4 hours to Bedford.

They had a picnic on the grounds of the cave, then headed underground for the night. Girls learned about caving throughout time. The guides had old helmets, lanterns, rope safety clasps and showed how all of them were used. It was interesting to see how they changed over time. The girls watched a slide show of cavers exploring different sections of the cave over time followed by a peaceful 1 hour boat ride on an underground river.

Girls learned about pitch black and sound. The guides turned all the lights off and we sat in complete darkness. Then one guide took a seat cushion and hit the side of the boat. This was called "Cave Thunder". Because it was very quiet and pitch black you could hear the sound bouncing off of anything it could and hear the echo go on and on.

The most exciting part of the trip was the "wild tour" to an undeveloped part of the cave. With helmets and headlamps the Girl Scouts walked sideways, crawled on hands and knees, laid down on their sides, scooted sideways and then army crawled to reach a waterfall. After climbing the waterfall the girls then turned around and did it all in reverse, coming out wet and muddy but loving the great adventure. After a night of sleeping on small bunk beds in the cave, breakfast was served underground and then the Girl Scouts returned to the light of day and headed home. 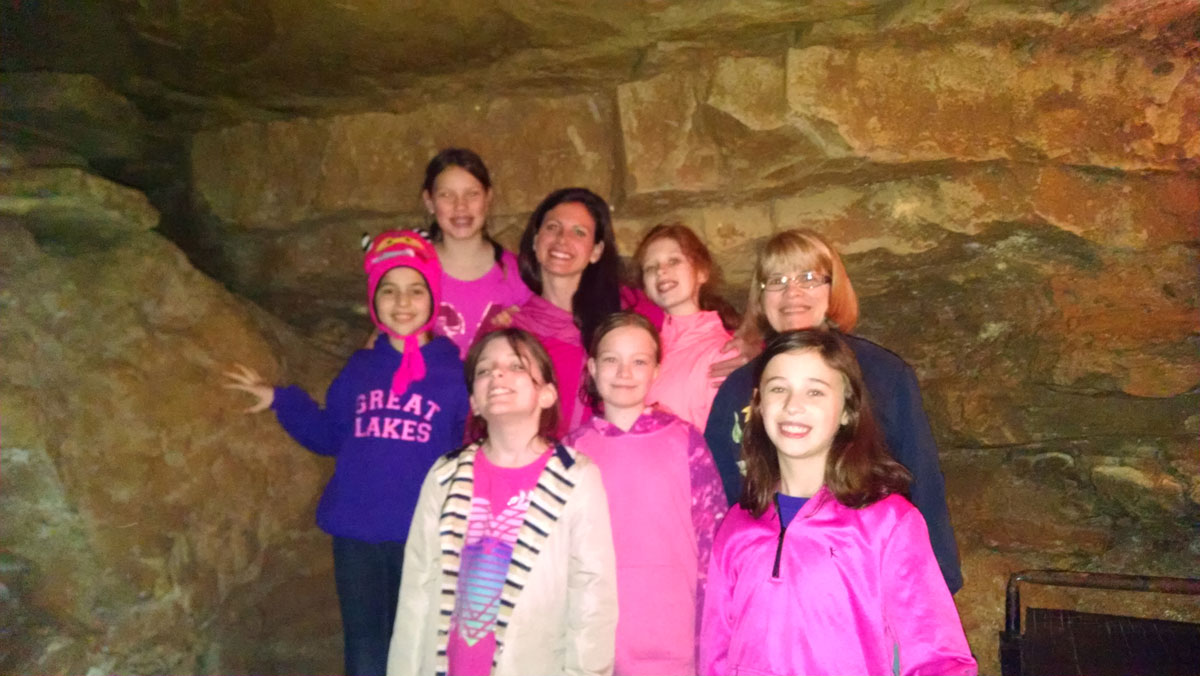 Central School fifth-grader Hannah Letany noted that “the best part of the trip was getting to climb and squeeze through the tight spaces.” A fourth-grade Junior girl Scout at Parkview School, Olivia Lozano was equally fascinated with her caving experience. She liked the boat tour because “it was peaceful and calm. The tour guide was friendly and told us about the cave river. But “sleeping in a cave” topped the list of favorite activities.

As part of the Girl Scout program volunteer leaders Amanda Letany, Michelle Smiley (Troop 86), Jeffrin Lozano, and Linda Griffith (Troop 148) worked with these Junior Girl Scouts to prepare them for a big overnight adventure. Over the last few years preparations included attending day camp in the summers, going on weekend camping trips at Butternut Springs, practicing how to pitch a tent, learning how to pack and take care of their gear for out of doors, and working as a group to accomplish their tasks. Funds for the trip were raised by setting and meeting goals by selling many boxes of Girl Scout cookies.