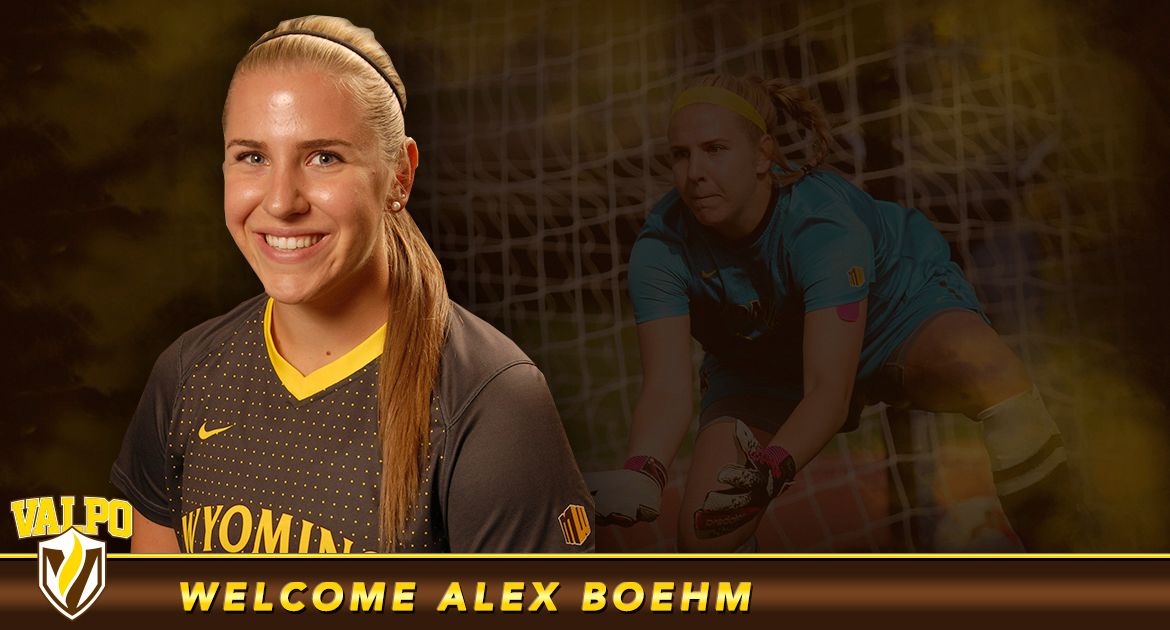 Valparaiso women’s soccer head coach John Marovich announced today that Alex Boehm has joined the Crusader program as a graduate assistant for the 2015 season. Boehm, who spent the last two seasons starting at goalkeeper at Wyoming, will work primarily with the Valpo goalkeepers.

“We are excited to have Alex join our staff,” said Marovich. “She brings with her a wealth of goalkeeping experience from the club to the collegiate levels. Alex's personality fits perfectly with me and my staff, while she will also be a great example and role model for our student-athletes.”

Boehm spent her last three collegiate seasons at Wyoming, starting the final two years in goal for the Cowgirls. She closed her time at Wyoming with a 1.44 cumulative GAA, fourth-best in program history. Boehm helped the Cowgirls register seven shutouts during her senior year, matching the program single-season record for clean sheets, and closed her career by being named to the Mountain West Conference All-Tournament Team. Boehm spent her first season at Saint Mary’s (Calif.) before transferring to Wyoming.

Boehm also brings experience as a coach to the Crusader staff as they prepare for the 2015 campaign. During her time at Wyoming, Boehm served as the head goalkeeper coach at the Laramie Blizzard Soccer Club, training both boys and girls goalkeepers ranging from u8 to u16. She also served as an assistant coach for the club’s u13 girls during the 2014 season, and previously coached the Wyoming ODP camp goalkeepers during the summer of 2013. Boehm currently holds her USSF ‘E’ license.

“Alex was trained and mentored as a keeper by some of the best goalkeeper coaches in the country,” said Marovich. “That experience, along with her coaching background, will give our keepers a challenging environment to develop their craft in goal.”

Boehm graduated from Wyoming in December of 2014 with a bachelor’s degree in business administration. A standout in the classroom, she earned Academic All-Mountain West honors and was an NSCAA Scholar All-West Region honoree as a senior. She will be working towards her MBA at Valpo.