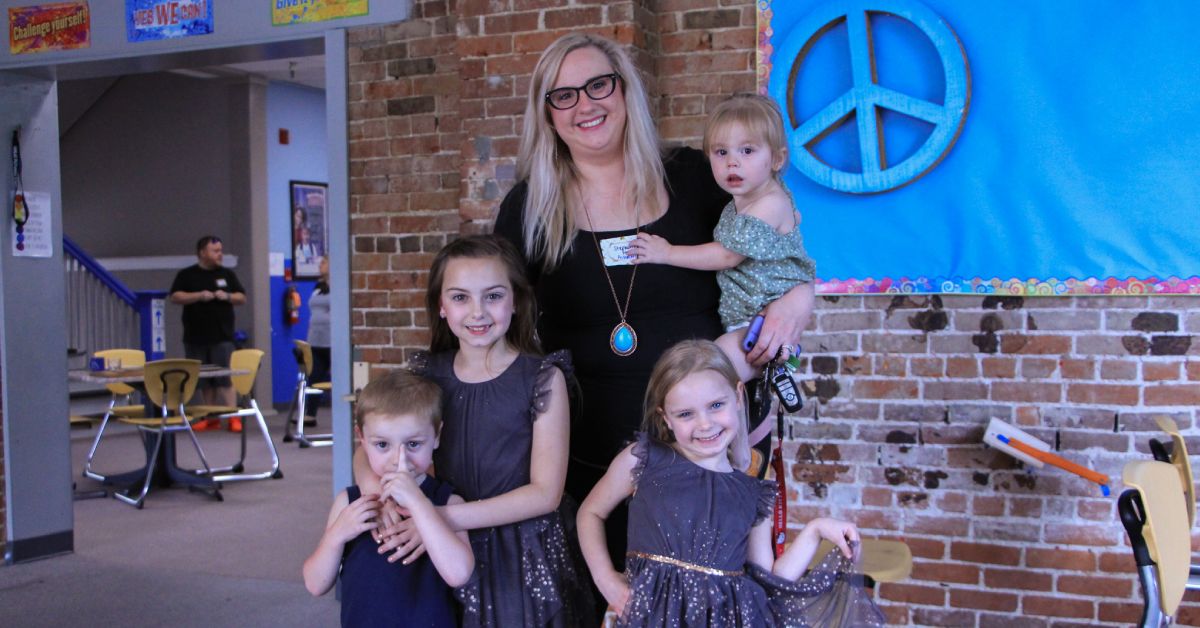 The Boys & Girls Club of Greater Northwest Indiana alumni event allowed alumni, along with their family and friends, to visit the Valparaiso Club for a final tour of the building before it changes to its new location. Along with touring the building, the event also included the ability for alumni to speak with old friends, enjoy complimentary food and drinks, and listen to guest speakers about the history and future plans of the Valparaiso Club.

“This event is the end of an era for this Club and this community, and is a celebration of its history, its legacy, and the impact that it's had for 52 years on the Valparaiso community as a whole. We're getting ready to open our brand new state-of-the-art facility and we wanted to pay tribute to the history of this Club in this community,” President and CEO Ryan Smiley said.

Event attendees were able to reminisce on memories that they made within the building. Many people gathered in classrooms and shared stories of their time within the Club. Alumna Stephanie Ford brought her children to the event so she would be able to share a part of her past with them. During her time at the Club, she made an impact on the children, but the children also made an impact on her.

“I worked here for three years. I worked in the games room, and I worked in the Learning Center. I was able to meet a bunch of great kids that made an impact on my life,” Ford said.

Ford stopped working at the Club when she was eight months pregnant with her first daughter. The passion and love she still has for the Club were apparent on her face as she showed her children around the space for the first and last time.

“It's emotional. It's happy, but I also miss those days,” Ford said. “It's a great place, I love it. I loved working here, I loved the kids. It's a great experience. I miss it.”

Although the original location of the Valparaiso Club has been a part of countless life-changing memories, it is time for the Club to move on to bigger and better things. The children of the community will benefit significantly from the new facility due to the modern additions as well as increased safety protocols.

“This Club has served us well for over 50 years, but we've outgrown its purpose. Average daily attendance here is 60 or so kids a day, and we know we are going to serve five times that in the new building,” Vice President of Club Services Mark Jones said. “It's state-of-the-art – two full-size gymnasiums, a rock wall, a STEM lab, all the amenities that the kids want and need. Safety protocol is in place as well to keep the kids safe in an environment where they can thrive.”

“We really do love this building, the ambiance that it brings to the downtown area, what it means to Valpo, and what it means to Valpo residents. So many people in town not only sent their kids here but also went here themselves,” CEO of Urschel Laboratories, Inc. Rick Urschel said. “We want to preserve - not the legacy of the Boys & Girls Club, because that's something they need to carry on to the new building - but we want to preserve the building itself.”

Due to the history and location of the building, Urschel ensured the new purpose of the space would be productive for the community. The facility will serve to bring in tourists to the Valparaiso area while preserving the memories of long-time residents.

“We feel that Valpo was really in need of some more tourism draw to the downtown area, so we are going to convert the building into a boutique hotel. What we'll do is actually tear down all the gyms because the gyms are just kind of boxes, but we'll preserve the old building, and we'll add on to that building.”

The hotel will include about 58 rooms within the old part of the school along with space for small banquet events. A bar will also be introduced into the building. Construction is slated to begin in November of 2022 and a grand opening is planned to occur in late 2024 or early 2025.

After Urschel spoke about the future plans for the building, Smiley gave an update regarding the Valparaiso Capital Campaign directly followed by a special award presentation. This presentation announced the Chuck Leer Lifetime Achievement Award, which is given to an individual or a group who has devoted at least 30 years of influence to Boys & Girls Clubs of Greater Northwest Indiana. The award is presented to people whose dedication, passion and commitment to Boys & Girls Clubs of Greater Northwest Indiana has transformed generations of youth to become productive, responsible and caring citizens.

After highlighting three pages of lifetime achievements beginning in 1973, Smiley was able to present the award to Chuck Leer. Leer has been an influential leader within the Boys & Girls Club and has been recognized nationally multiple times. When asked if he had a favorite memory or memories from his time with the Club, he was not able to pinpoint just one moment, but the impact he has had on the children he has encountered.

“There are so many that I would literally talk the rest of the night. In a nutshell, the biggest memories are the memories I have of knowing that we truly had an impact on a child's life, literally changing lives,” Leer said. “I know of a few of those. I hope there are hundreds and maybe thousands, but just a few of those makes it all worthwhile.”

The Boys & Girls Clubs of Greater Northwest Indiana have impacted countless children and their families. The Valparaiso Club will be able to significantly increase the volume of children they are able to facilitate, which will also increase the amount of impact that is made.

“We really appreciate our local community and the generosity of donors that have enabled us to raise almost $9 million to build a state-of-the-art Club. This is the largest capital campaign in the history of the organization, and with this being our first Club in Valparaiso, it's certainly needed,” Smiley said. “The kids in Valparaiso deserve a new Club, and because of the generosity of so many, we're going to open that new Club this summer. It's a really exciting time for kids in the community as a whole.”