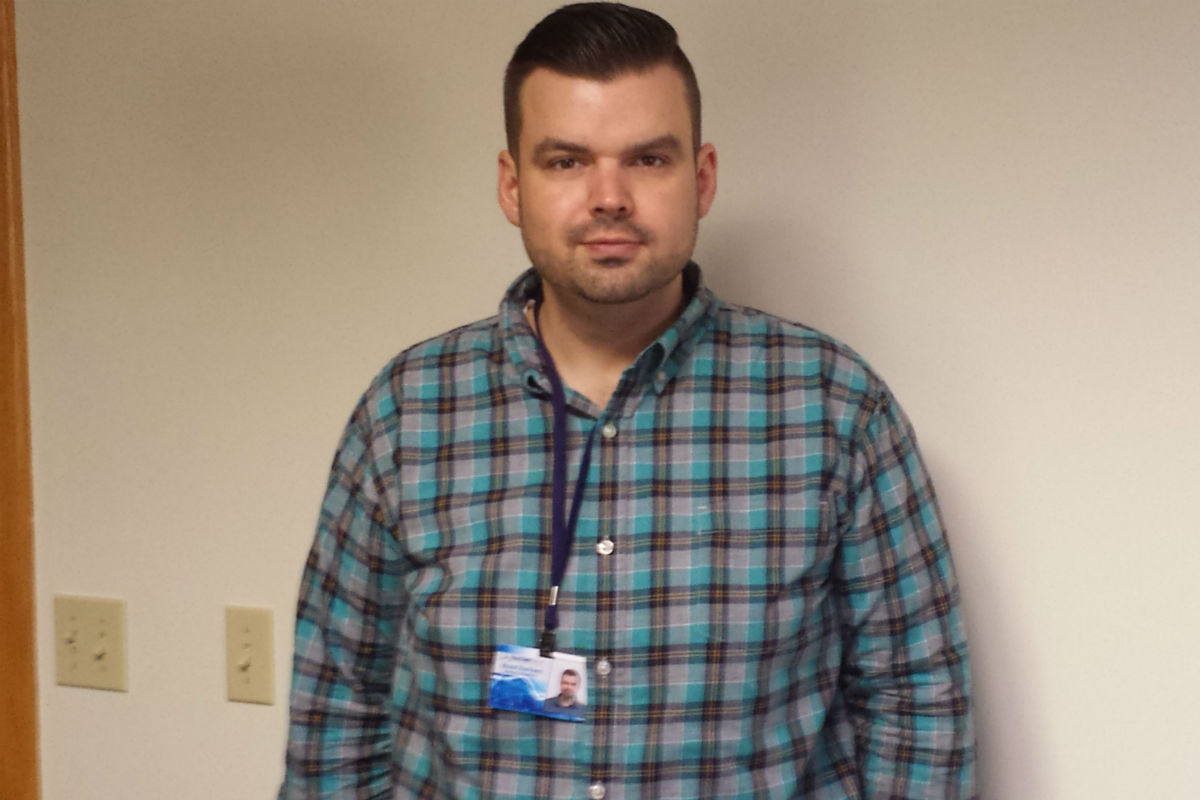 Brad Durham, system engineer and newest employee at Buchertech continues the tradition of quality customer service and building personal relationships with the customers he interacts with.

Durham previously lived in Merrillville doing freelance work for 10 years for different business and hotel chains, and after wanting to move closer to home to get that small town feel, he was able to move back to the Valparaiso community. Durham had no previous knowledge of Buchertech, but discovered them through an unexpected way.

”I actually learned about Buchertech by seeing one of their cars with their company name on it,” says Durham. “After that I applied for the job and after being interviewed, was hired here.”

Despite not having gone to a formal job interview in almost 15 years, Durham walked into an interview environment that was laid back and calm.

“When I interviewed with Buchertech, I found the interview relaxed,” says Durham. “It was basically just talking about my previous experience and not stressful at all.”

Durham is certified in a variety of areas including MS, CISCO, CIW and CompTIA certification as well as several security certifications. He also graduated from Western Governor’s University with a degree in IT Network Design.

A typical day for Durham consists of handling multiple servers and network responsibilities as well as going out on location and assisting customers.

“Generally I repair work stations as well as general tech support,” says Durham. "I also enjoy going out and helping other businesses on location.”

Durham enjoys working at Buchertech due to the ability to truly get to know and understand his customers on a level that isn’t possible with larger businesses.

“I like being able to know your customers in a way that larger business cannot,” says Durham. “You get to be ‘their guy’. When I was working freelance, I never knew where I was going or who I was working for. However everything is within an hour radius so that makes it much easier for me.”

Despite relying on personal knowledge, Durham credits the staff at Buchertech for always being there to help each other help if necessary.

“You can record the work done and add it to a database, but its great knowing that you have the help of others from the office who can back you up if you need help.”