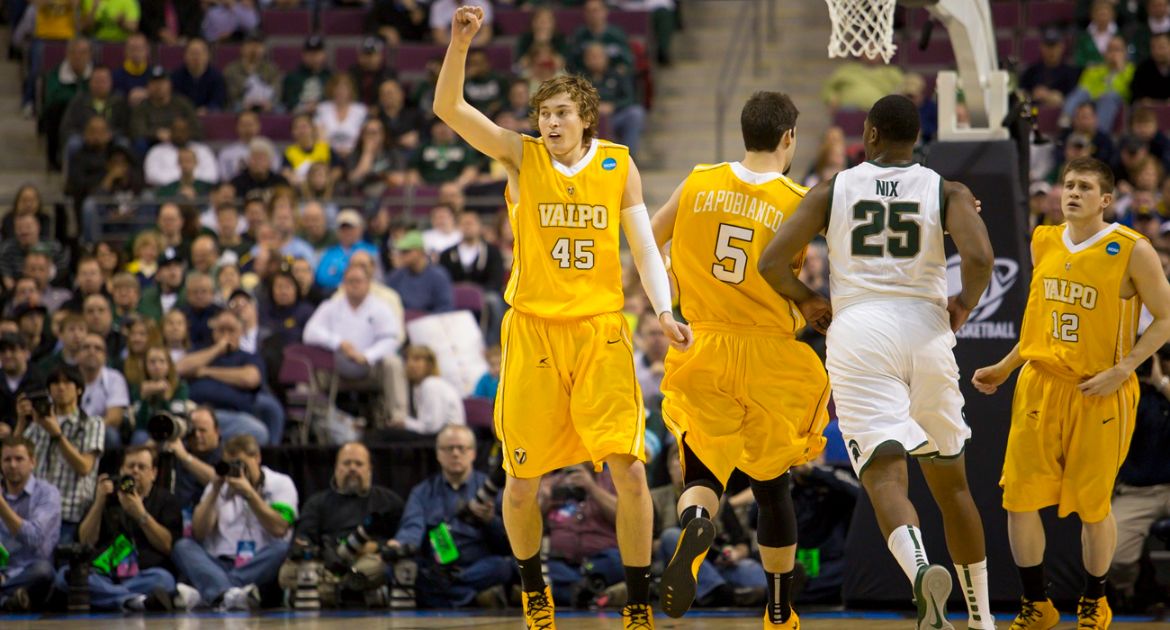 Former Valparaiso men’s basketball standout Ryan Broekhoff will suit up for the Denver Nuggets in the Las Vegas segment of the NBA Summer League over the next two weeks.

Broekhoff, the 2012 Horizon League Player of the Year, has played the last two seasons professionally in Turkey with Besiktas. Last season, he was named to the Turkish League All-Star team and ranked among Besiktas’ leading scorers, averaging 11.5 points and 6.2 rebounds per game while shooting nearly 42% from 3-point range.

Broekhoff will join the Nuggets’ summer league team in Las Vegas, part of a 13-player squad which includes Emmanuel Mudiay, recently selected by Denver with the seventh pick in the 2015 NBA Draft. The Las Vegas summer league schedule opens for the Nuggets Friday, July 10 against Atlanta at 7 p.m. CT, with games against Sacramento (July 12) and Miami (July 13) as well before entering bracket play. All games can be seen online with the NBA Summer League Pass.

Broekhoff is the fourth former Crusader in the past 13 years to suit up for an NBA Summer League squad, joining Lubos Barton (2002), Ali Berdiel (2007) and Ron Howard (four times, most recently 2014).