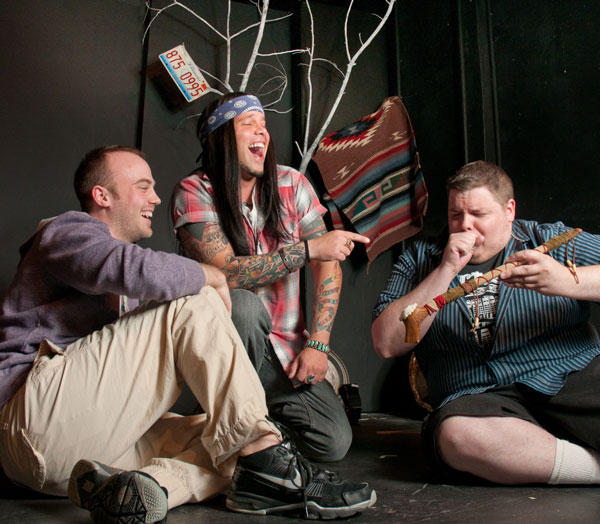 Brother of All Directors Traci Brant and Jonni Pera have the pleasure, but also the pressure, of producing an original work by Chicago Street Theatre's Resident Playwright Jim Henry.

With most scripts, the directors and actors make their own interpretations since they don't have the advantage of a Neil Simon or Agatha Christie sitting next to them. In this case, Henry is very much around and very much involved in the show.

"Even though we've worked with Jim, and he is a close friend, I'm not gonna lie, it's a bit nerve-wracking," says Brant of Henry's presence. "Jim is so open to input, yet very sure and passionate about his story."

Everyone involved feels a bit of pressure to make Henry's script shine on stage. That's why, well into the rehearsal process, there have been late nights, re-writes, and clarifications.

"We have looked to Jim to explain some intent and to verify that we were on the right track with regard to tone and the emotional journey of the characters," Brant says. "It's amazing what a difference a few short line adjustments can make." 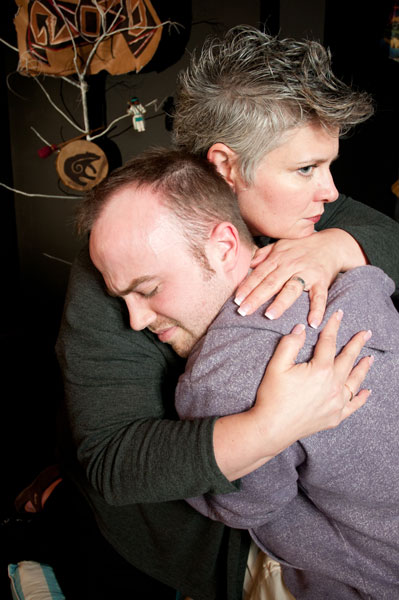 Henry's play focuses on Leonard Street (Josh Eggleston), a young man who is undergoing a psychiatric evaluation as a result of a shocking family tragedy. During his session with Dr. Albert (Dave Pera), the events of Leonard's life and his Cherokee heritage unfold.

The story is a compelling drama with some touching, humorous moments intertwined. It's the kind of play that gradually reveals key plot information, and by the end has you analyzing and re-thinking everything you thought you knew.

Rounding out the cast are Jordan Chaddock, Caroline Rau-Geldernick, Marcia Gienapp, and Tim Gleason, all of Valparaiso. Eggleston and Pera also reside in Valparaiso.

This is not Henry's first play to be produced at Chicago Street Theatre. In past seasons, the theatre has presented The Angels of Lemnos and Backwards in High Heels. On June 12th, his play 7th Monarch (produced at CST in 2001) will open Off-Broadway in New York City at Theatre Row's Acorn Theatre.

Brant and Pera won the Best Play award from Northwest Indiana Excellence in Theatre Foundation (NIETF) for their collaboration on last season's The Drawer Boy.

Brother of All Show Schedule