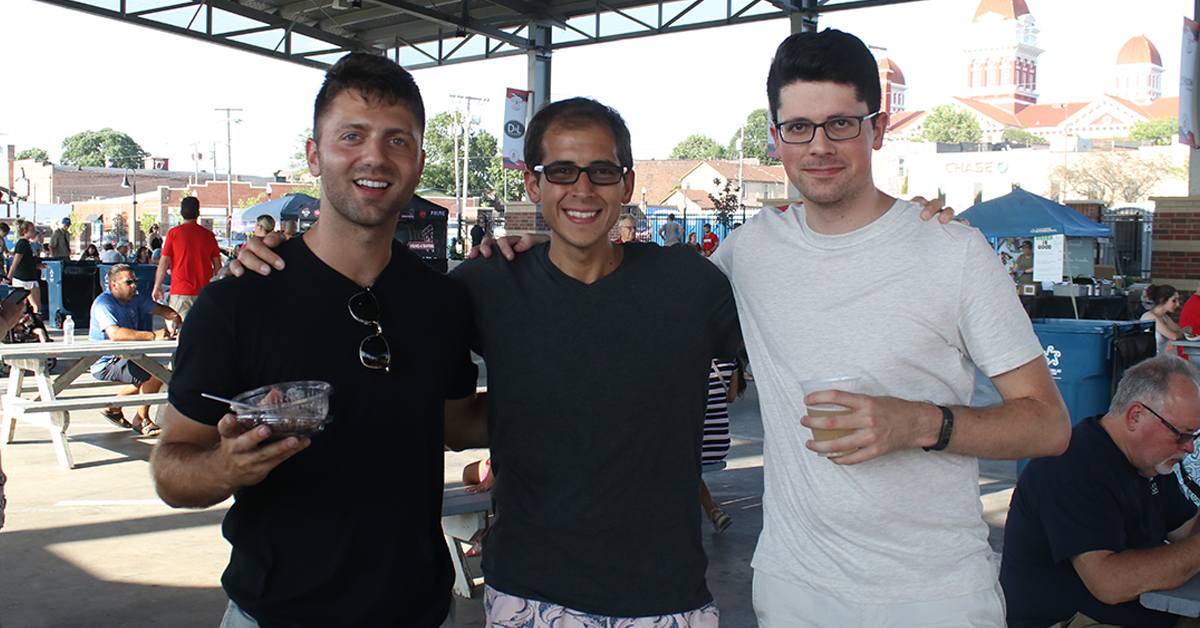 The City of Crown Point hosted “Taste of Crown Point” at Bulldog Park Friday night. It featured local restaurants that provided food, drinks, and more. Live music was also featured with a group called “The Breakfast Club.” This is the first year it has been held at the brand-new Bulldog Park. A number of local eateries from pizza, beer, and vegan food were present at the event.

Diana Bosse is the Special Events Administrator for the city. She plans all the festivals, farmers markets, car cruises, etc., in the city. She helped put on the event this year at Bulldog Park.

“This is an event we decided to put on this year to showcase our the city’s restaurants, and everything they do here in the city. They are very generous, they support our youth groups, our efforts, and they help donate food. They are very good partners and we wanted to have a way give back to them” said Bosse.

The City of Crown Point just introduced Bulldog Park this year. It features a splash pad, an amphitheater, a pavilion, and a space for rental. It is a great place to host events, including an event like A Taste of Crown Point.

“Bulldog Park will host its future festivals. Everything that was in the square will be held here now,” said Bosse

The music by “The Breakfast Club” featured songs from the 1980s. They are a fun group that has performed in Crown Point before.

“They are a lot of fun. They get dressed up, they jump around and really get the crowd involved,” said Bosse.

“Taste of Crown Point” will run through Saturday, from 11am to 10pm. Tomorrow’s music will include The Positive Vibe Technicians from 4:30pm to 6pm. The highlight of tomorrow will send the event out with a bang with a performance from Grammy Nominated artist David Nail.

There are a number of future events at Bulldog Park. They have a few city events such as October Fest, Home Town Heroes event, and more. Be sure to check out the brand-new Bulldog Park and the splash pad that is open every day.

For more information on the City of Crown Point’s future events, visit https://www.crownpoint.in.gov/department/index.php?structureid=28