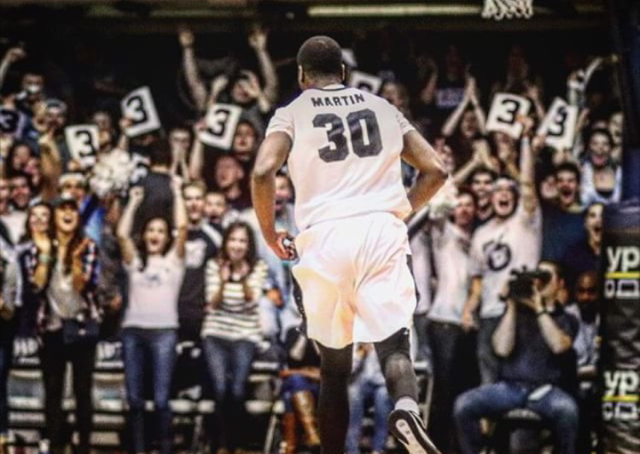 As a lifelong Butler Bulldogs fan, and now Region resident, I owe both Butler and Northwest Indiana for my love of March Madness.

It was a tiny team from The Region in 1998 that made me a believer that anything was possible; that made me realize Butler could beat Mississippi State in 2003, or that it was far from just a hoop dream that a small school from Indianapolis could dance their way to a National Championship game.

And then do it again the next year.

It was that year in Lexington, Kentucky in which my dad took me to my first ever NCAA Tournament game to see Butler play New Mexico State. Admittedly, times have certainly changed since then for the Dawgs, but this moment with my father in Rupp Arena felt like one of the only instances I would ever get to see my team play in “The Big Dance.”

And in Valparaiso I am sure it felt the same for most fans, as the Crusaders took to the hardwood a 1,000 miles away to take on then powerhouse, Mississippi.

For us Bulldog fans that day the script remained the same: little team gets eaten by the big dog, thanks for playing and drive home safe. But it was that same day when Valparaiso decided it was time for the underdogs to eat, too.

Being at a game myself I couldn’t watch all the moments that led up to “The Shot,” but I imagine there were plenty of times when the Crusaders could have packed it up and went home. But they didn’t. What I do remember clear as day is the video board in Rupp suddenly switching to the final moments of that game, and the silence of the arena I was sitting in during that brief moment that Bryce Drew’s shot hovered in the air. We all sat hoping, waiting, and wishing to see David slay Goliath.

And finally David did.

I was too young and too caught up in the moment of being at an actual NCAA Tournament game with my hero to seriously fathom how much the shot meant to me, or to Butler for that matter. But looking back now it all seems so clear; so real.

That shot meant everything to small schools like Butler and to the game of college basketball.

Since the time Drew hit that shot and the day I thought I was attending my first (and last) NCAA Tournament game featuring the Butler Bulldogs, I have since seen the Dawgs make the tournament in eight of the last 10 years, and have been to a National Championship game to watch them play in my, and their, hometown.

And today I get to watch the Dawgs suit up and make another run at a championship. I feel proud of what Butler has accomplished, but I can’t help to acknowledge that long before Jim Nantz ran the phrase “The Butler did it” into the ground that “The Valpo” did it first.

Thank you, Bryce, and Go Dawgs.