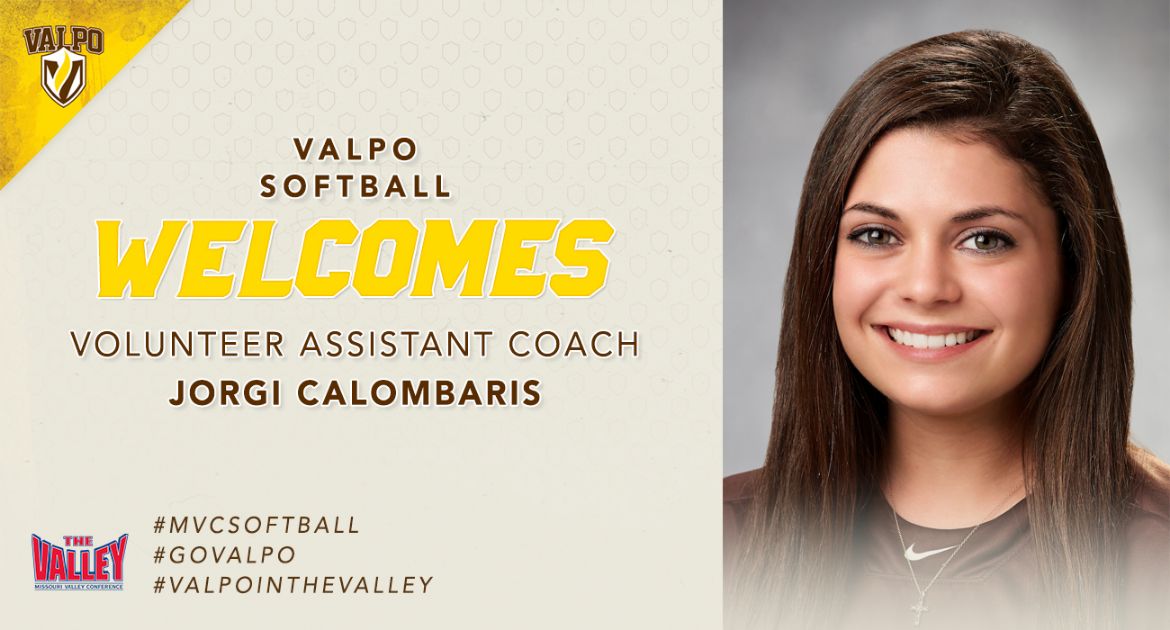 “I'm excited to welcome Jorgi back to our program officially after a year away, although it's fair to say her presence and influence on the team hadn't really left,” said Stake. “Jorgi is passionate, eager, and hard-working, and above all else, she takes tremendous pride in Valpo and the softball program. I look forward to her growing as a coach with us and giving her a platform to help build our players both on the field and off.”

Calombaris appeared in 201 games in her four-year playing career with the Crusaders, starting 195 times in the infield. She was a First Team All-Horizon League honoree as a senior in 2017 and was a member of the league’s All-Newcomer Team in 2014, and ranks eighth in program history in at-bats and 10th defensively in assists. Calombaris was also named the recipient of Valpo Athletics’ Anderson-Hoffman Award as a senior, which is presented to a Valpo student-athlete who best demonstrates what it means to be a champion in the community.

Calombaris brings championship experience to Valpo’s coaching staff as well. She was a member of the Crusaders’ 2016 team which rolled through the Horizon League Championship, claiming the tournament title and advancing to the NCAA Tournament. Calombaris also served as an assistant coach for a Boone Grove youth team which won its Porter County Girls Softball Association league tournament title this spring.

“I feel so blessed to be given the opportunity to be a part of Valpo Softball again,” said Calombaris. “VUSB has a huge place in my heart and I’m looking forward to giving back to something which had such a positive impact on my life. Coaching has always been a dream of mine, and to be able to do it with VUSB makes it a very special dream come true.”

Calombaris graduated from Valparaiso University in December of 2017 with a degree in elementary education. She will be teaching fourth grade at Valpo’s Heavilin Elementary this fall.