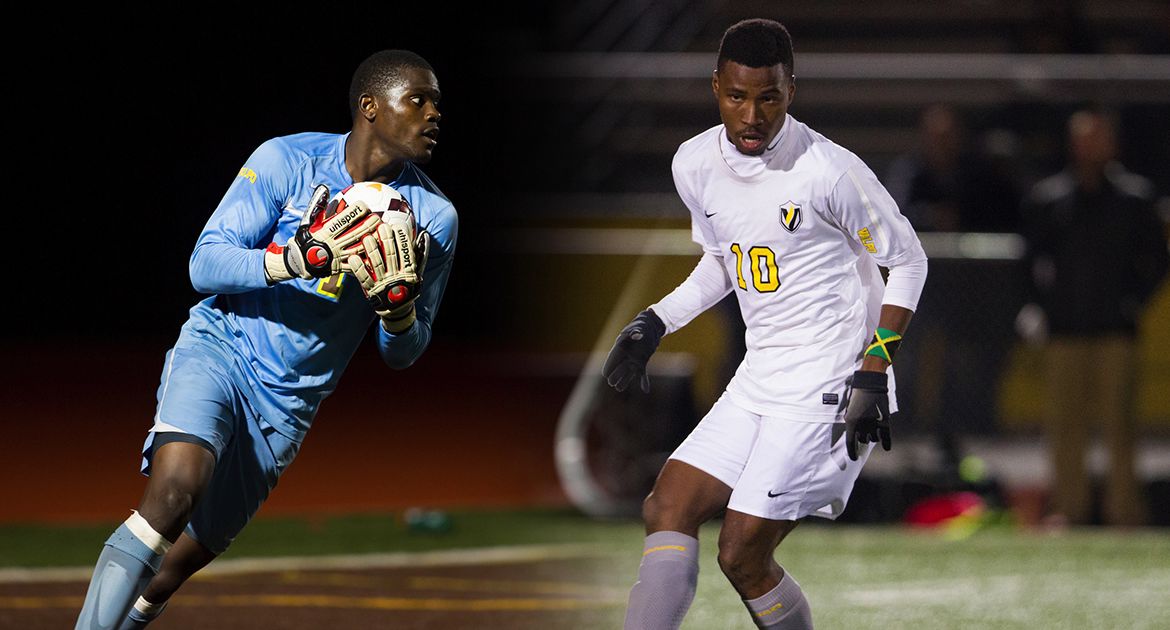 Valparaiso sophomore goalkeeper Nico Campbell (Kingston, Jamaica/St. George's College) and freshman midfielder Ramone Howell (Portmore, Jamaica/Jamaica College) have been called in by the Jamaican Football Federation for an U23 National Team camp this week leading into an international exhibition match on March 8 against the Cayman Islands in Montego Bay, Jamaica. The “Reggae Boyz” are preparing their pool of players for upcoming qualification in the 2016 Olympic Games in Brazil. At the Olympic Games, soccer is an under 23 tournament with each team allowed a maximum of three over-age players on their squads.

“It's exciting for Nico and Ramone to get a chance to head home and jump into this U23 camp for Jamaica,” Valpo head coach Mike Avery said. “The Olympic squad has a new coach in Miguel Coley, and he is taking a look at the pool of players at his disposal as they prepare for Olympic qualifying matches later in the year. The timing worked perfectly for us as we are on spring break, and I am confident that both players will show well in the coming week's camp and in the game against Cayman Islands.”

This will not be the first time that Campbell or Howell have represented their country in youth national team events. Campbell has played with Jamaica's U17 and U20 squads, and Howell has been involved in U17 camps prior to this call up.

“We've been hard at work since the semester began in January, and while we haven't played much outside due to the weather, both players are fit and have worked hard technically,” Avery added. “A day or two outside and they should be right back in the flow of things.”

Both players are coming off of very strong performances for Valpo in the 2014 season. Campbell was the team's number one selection in goal and started in 17 matches, allowing just 15 goals (.81 GAA) with six shutouts. Howell, named to the Horizon League All-Freshman team and to Top Drawer Soccer's Top 100 Freshmen List, was a mainstay in the lineup playing in all 19 matches with 18 starts. He added two goals and an assist from the deep midfield position.