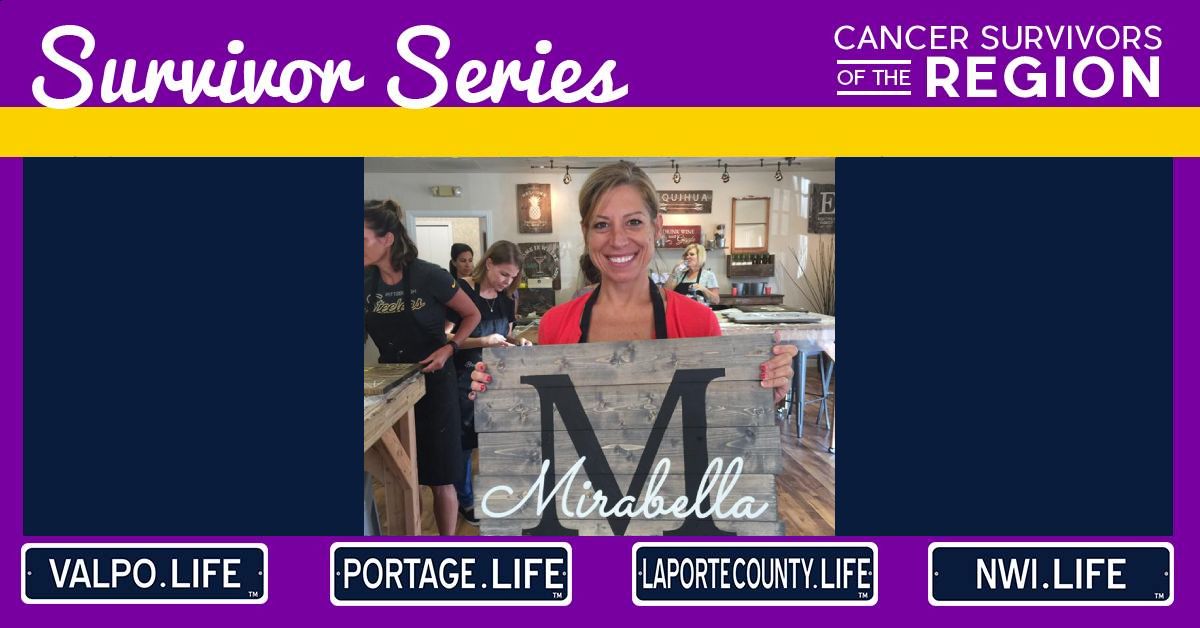 Small moments can suddenly turn into big ones. Trips can become broken bones. Hellos can turn into relationships. In June of 2014, Chrystina Mirabella had a small moment that changed her life. Mirabella was getting ready for bed, and calmly washing her face. In the middle of her nighttime routine, she noticed a lump on her right breast.

“I honestly didn't think that much of it,” Mirabella said.

Despite not raising alarm bells, as a cardiac stenographer at Ingalls Memorial Hospital, Mirabella did take a minute the next day to scan the lump. The preliminary scan didn’t show any cause for concern, and Mirabella continued with her busy life of motherhood and work.

“[After] about four weeks I finally saw my doctor,” Mirabella said. “They did an ultrasound and a biopsy that day.”

“The doctors said that based on what they were seeing that they believed it was 95% cancer and then they did the biopsy,” Mirabella said. The biopsy showed that “it was stage two and moderately aggressive.”

Unfortunately, the lump Mirabella saw was not the only cancerous spot. Doctors detected other areas in the breast that were also likely cancerous.

Diagnosed officially in July of 2014, by September Mirabella was in surgery for a double mastectomy.

Even in the face of all this struggle, Mirabella felt loved and cared for by her colleagues.

“Your family [at the hospital] and they take care of their family,” Mirabella said. “We had the diagnosis very quickly. The pathologist, the surgeon, everybody created the team for me…It was very beneficial.”

The cancer is gone, but Mirabella has courageously endured the long-term effects of her treatment.

“I always say it’s like you're putting Humpty Dumpty back together,” Mirabella said when describing the multiple surgeries and medical concerns she’s had since 2014. “It’s a process. You stay with it. I follow up with my oncologist every six months.”

It would have been easy for Mirabella to become angry or pessimistic, but that’s not who she is.

“Attitude is everything,” Mirabella said. “I have kids, and you stay strong for them. I come from a great community—Lake of the Four Seasons is a small tight-knit community. Everybody is supportive. I also had the support of my family. My work family was nothing short of amazing.”

Today, Mirabella is focusing on being there for others.

“[I want to be] a good support system, a good resource, for people,” Mirabella said. “Cancer is among all of us. One in four people has cancer, and you just want to be a good resource to people--whether it’s finding good doctors, the right treatment, or second opinions. [I want to help] in going through that whole process and just being a support system for them.”

More than a cancer survivor, Mirabella is enormously proud of her two daughters who have decided to enter the healthcare field as well.

Mirabella does not describe her cancer story as easy, but she does feel grateful for how her story has come about.

“You know you do have moments where you think ‘Why did this happen to me?’,” Mirabella said. “Then you have to get through that. Attitude, though, is everything. You have a family. You have kids. You have a life that does not stop. You have to keep moving forward. But it does get better. [Cancer] was an obstacle, but we're here today. I’m just trying to live my best life.”