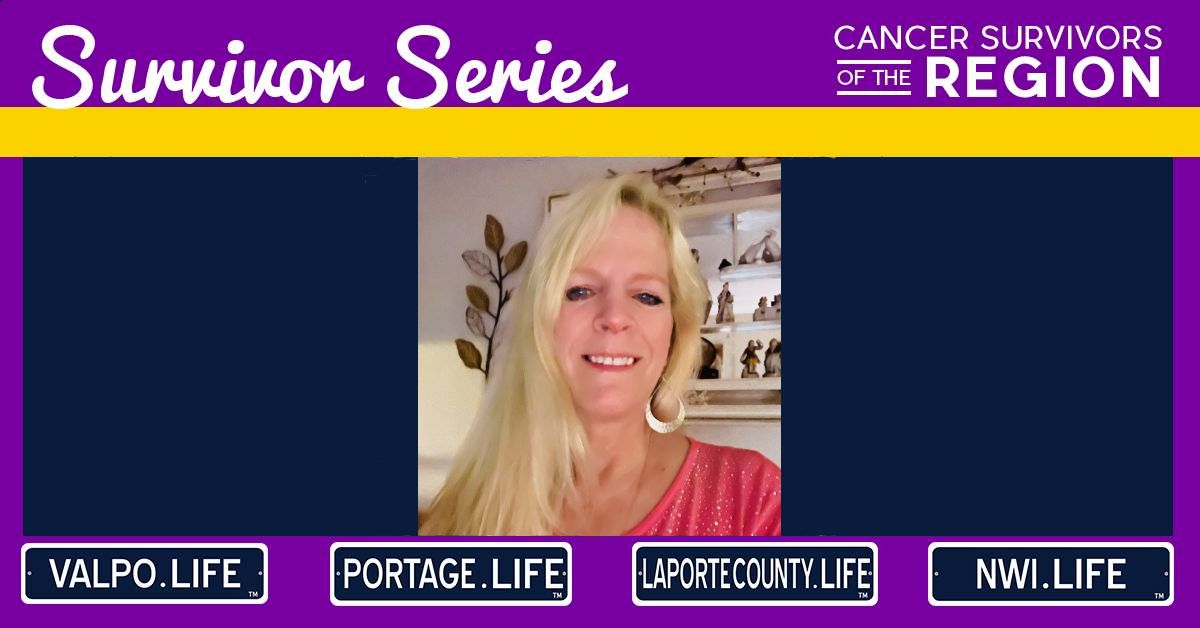 Lori A. LaFrey is a small business owner of a crystal shop and mother of three sons from Crown Point, Ind. In November, 2017, LaFrey was diagnosed with breast cancer after being several years behind on mammograms due to her busy life.

“I was a stay at home mom to three kids and taking care of my mom. After my mom passed away, they found a lump,” LaFrey said. “I still kept working and kept doing everything as normal.”

Though LaFrey continued on working and tending to life’s every day duties, her diagnosis loomed in the back of her mind.

“I was in shock for three months,” LaFrey said. “I opted for a full left mastectomy to increase my chances of not getting it back.”

LaFrey would go on to have her TRAM flap surgery in January, 2018. TRAM flap surgery is a procedure where the surgeon removes tissue and muscle from the abdomen and moves it to the chest to reconstruct the breast after a mastectomy.

“It was a 12 hour surgery. It was very hard and I would never want to go through that again,” LaFrey said.

As far as treatment goes, LaFrey tried the hormone pills that were recommended to her, however, she eventually threw them away.

“I felt like I was poisoning myself. I felt so bad, and I was losing my hair. I threw the hormone pills in the garbage and went on a holistic-type diet, which is what I do to this day,” LaFrey said. “I get bloodwork done to make sure everything's good, but other than that, I do no treatment at all except watching what I put into my body.”

After being four years cancer-free, LaFrey still gets nervous that the cancer may come back someday.

“I thought of another friend who had it come back after 10 years,” LaFrey said. “I don't want to think about it, but I do watch what I eat a lot better than before I got the cancer.”

LaFrey offers helpful advice to anyone who might have been recently diagnosed.

“Do your research. There is always another way to do things,” LaFrey said. “Chemo works for some, but it doesn’t work for everybody.”

LaFrey mentioned the importance of talking to someone and asking questions after getting diagnosed with cancer.

“Join support groups. Find somebody that has gone through it and talk to them,” LaFrey said. “I had no one when I was diagnosed. I just talked to the doctors and talked to my husband at the time, and said, ‘Let's just do this.’ We didn't really ask any questions; We just did what we were told.”

LaFrey urges anyone who has recently been diagnosed to be sure that they educate themselves on what options they have.

“There's no same treatment for each breast cancer patient,” LaFrey said. “I've had several friends send their family members to me to calm them down. Now, I give them a list of what questions to ask the doctors before they jump into any kind of treatment or surgery.”

Despite this difficult obstacle in her life, LaFrey did not let cancer take over her life. She is a survivor who makes an impact on others in her community by educating others and spreading awareness.

“I went from being a scared cancer patient to saying, ‘Okay, this is my new lease on life,’” LaFrey said. “Make sure you lean on your family and friends. Get through it because someday it's all just going to be a memory.”