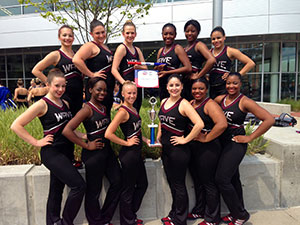 The ladies won 1st place within their division among six other competing NAIA institutions. This a great way to begin their first official season competing.

The team will travel to Aquinas College next weekend to compete in their second of three regular season events.