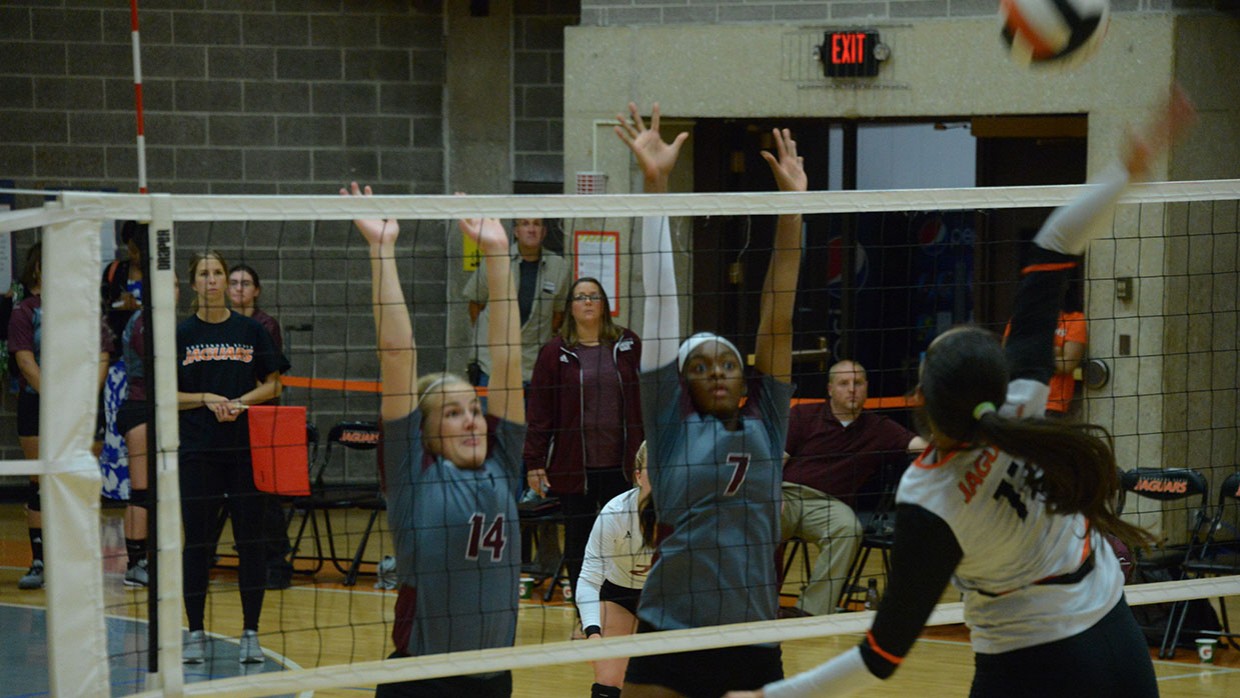 Entering CCAC play for the first time this season, the Calumet College of St. Joseph women's volleyball team were coming off their first win during a 1-1 tri-match on the Whiting, Ind. campus on Saturday afternoon. It looked like the Wave could have easily made it two out of their last three after the first set of this evening matchup, but mental errors and a lack of an offensive attack sent them to a 3-0 less against Governors State on Tuesday evening.

HOW IT HAPPENED
Set one was a back and forth affair, seeing both CCSJ (1-7, 0-1 CCAC) and Governors State (1-11, 1-0 CCAC) trading the lead numerous times. The score was tied as late as 25-25, before the Jaguars took the 27-25 set win off an offensive kill and a Crimson Wave attack error. GSU used the momentum of their nail biter victory to propel themselves to an easy win in the second set. The Wave were down by as much as 14, and the lack of an offensive production led to their 25-13 defeat. The Crimson and Gray led during much of the early portions of the third contest, but costly mental errors allowed Governors to chip away and reclaim the lead. Cal College's lead held until the score was 10-10, after which GSU rode a solid offensive attack to the match winning score of 25-19.

STAT OF THE GAME
Hitting percentage and the attack game really hurt the Wave in this contest. CCSJ hit exactly .000 throughout the three sets, while getting dominated in the kills category to the tune of 38-16.

WAVE PLAYER OF THE GAME
Alex Sullivan (SR/Munster, Ind.) led the charge for the Wave in this ballgame. The senior tallied 22 total attacks, seven kills, and two aces in the three set loss.

WHO'S ON DECK?
The Wave will get a week to prepare for the next opponent, as they will take on IU-South Bend next Tuesday at 6:00 pm central.