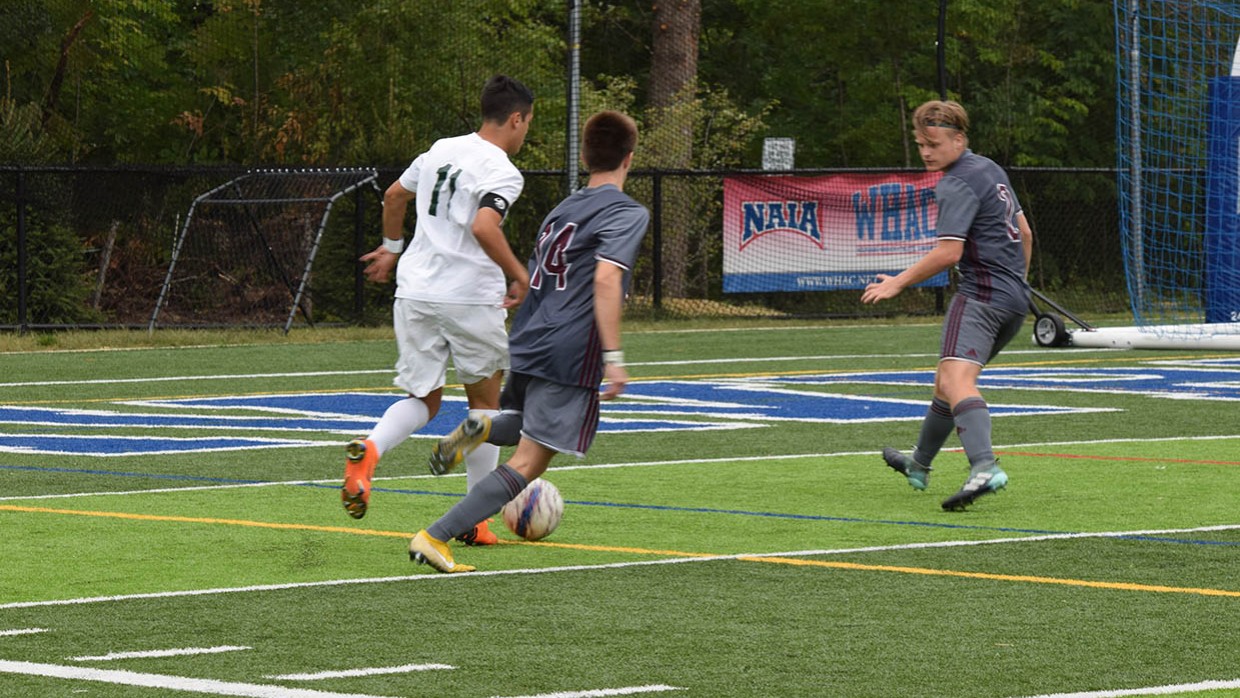 The Calumet College of St. Joseph headed to Joliet, Ill. to take on the University of St. Francis in what not only was the CCAC opener, but also the last game of a four match stretch on the road. The Fighting Saints lived up to their name, taking the battle to the Wave and sending them to their eighth straight loss on a breezy Wednesday evening.

HOW IT HAPPENED
CCSJ (0-8-0, 0-1-0 CCAC) allowed an early University of St. Francis (3-4-0, 1-0-0 CCAC) goal when Kelvin Ndlovu put one past keeper Roy Gean (SR/Ft. Smith, Ark.) at the 10:53 mark. This set the pace for the game, and continued the Wave's issues with allowing goals early into periods. The Fighting Saints would prevent the Wave from taking a shot on goal during the entire period, while taking 14 shots in the initial 45 minutes. USF would go on to score a late goal via a penalty kick at the end of the first to send the game into the half at 2-0.

The Wave came to play in the second half, doubling their shot total while reducing the amount that the Saints took at the same time. Neither team scored up until the 73:00 minute when Ndlovu knocked in his second goal of the game to put them up by three. Kenneth Eze (SO/Oberhausen, Germany) would get the Wave on the board 3:56 later, thanks to a penalty kick of his own, bringing the good guys within two. USF's defense didn't allow a shot for the rest of the game however, sending the Wave to their eighth straight loss 3-1.