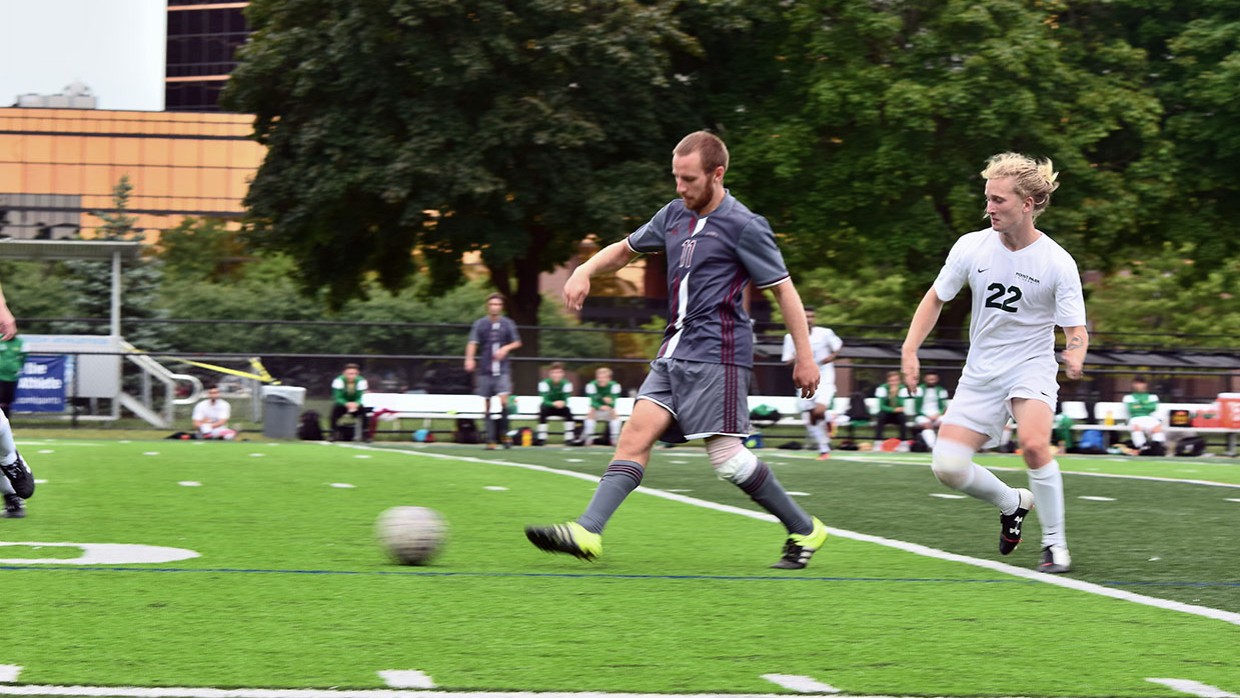 The first one is always the most memorable. One day after celebrating his birthday, coach Mis Mrak was given a big present by his Calumet College of St. Joseph men's soccer team. Thanks to a shutout of the visiting Trojans of Trinity International, Mrak finally has his first win while helming a CCSJ team.

HOW IT HAPPENED
CCSJ (1-13, 1-6 CCAC) played their best all-around game this season, using some new techniques to create offense while still holding strong on the defensive end. There was a feeling out process for the first ten minutes or so of the ballgame before any offensive attack took shape. Brandan McArdle (SR/Drogheda, Ireland) struck first, but has his attempt sail wide left of the net. The Trinity International (4-6-2, 1-4-2 CCAC) keeper would not get so lucky the second time around. Nemanja Stefanovic (SR/Belgrade, Serbia) would find McArdle with a beautiful pass to give the Wave a 1-0 lead at 14:11. On the other side of the field, Andres Aguilar (FR/Tinley Park, Ill.) stopped the only ball that came his way to preserve a 1-0 lead going into the intermission.

The second half had enough drama to fill an entire game. The Wave almost padded their lead with a Devon Dawkins Jr. (SR/Conyers, Ga.) goal, but an offsides was called to erase the goal. There were several close calls on the Trojans end, but each attempt to tie the game failed. The Crimson and Gray defense stepped up and made sure to clear the ball out whenever they could as the minutes wound down, and as the final shot of the game for TIU went high, the celebration began. Aguilar earns his first collegiate shutout, while the entire team walks away with their first regular season and conference win of the 2018 campaign. On top of that, it was Cal College's first shutout win since October 18, 2017 against Judson.