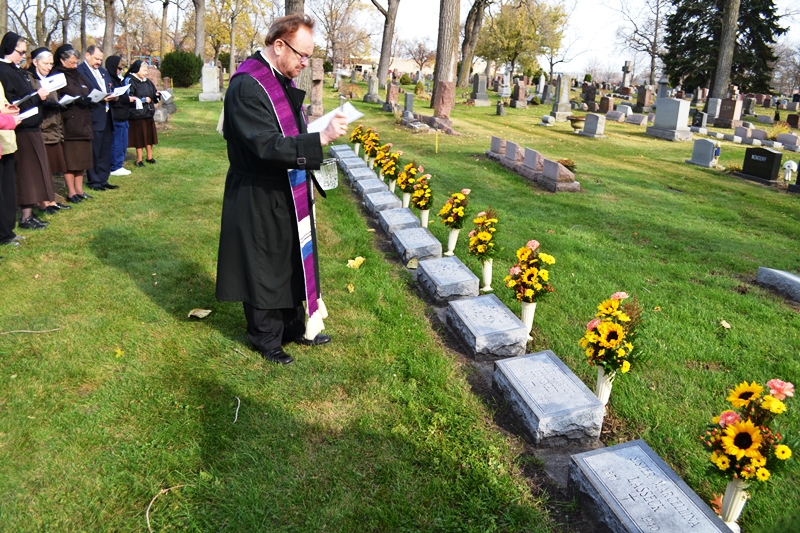 The Rev. Francis S. Tebbe, director of mission and spiritual care services at Franciscan Healthcare-Munster, prays and blesses the gravesites of 12 Sisters of St. Francis of Perpetual Adoration, who among the first to serve at Franciscan St. Margaret Health-Hammond, and died during a flu epidemic in the earlier part of the early 20th century.

The annual observance, which has taken place for more than 25 years, was offered at St. JohnSt. Joseph Cemetery in Hammond and attended by numerous hospital officials and staff members, among them fellow nuns. Tom Gryzbek, Franciscan St. Margaret Health president, likened the early sisters’ influence during the following decades to a once-seedling oak tree that towers over their graves. He talked of how Franciscan Alliance, like the tree, has grown by leaps and bounds since the early days, because of the sisters’ efforts. 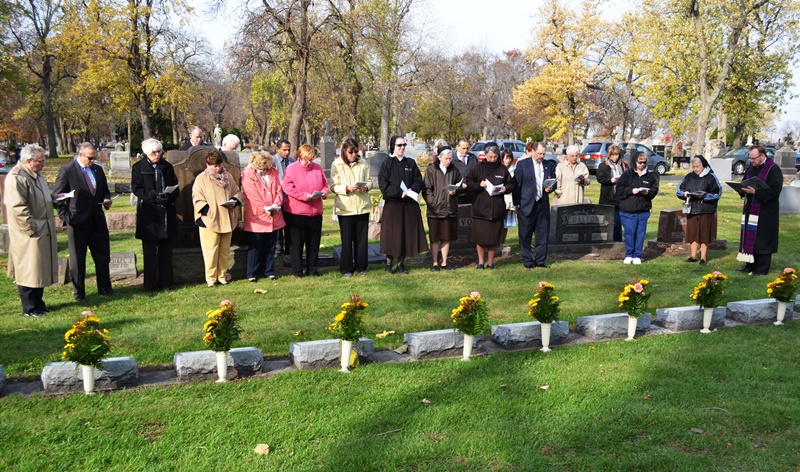