CertaPro Painters of Northwest Indiana paints the region by continuously finding ways to integrate the community into their lives. On August 16, CertaPro shared its success by hosting an open house for the public to honor and dedicate the opening of their new and considerably larger facility.

John Jordan, President at CertaPro, spoke about the importance of opening their space to the public.

“This open house is an opportunity to show the community that we have been growing,” Jordan said. “We want people to be aware of our brand and check out our space. We’re in a business where a lot of our workers go out to their own places, so it’s nice to open our doors for them to see what’s going on here!”

Jessica Shilling, Commercial Marketing Associate at CertaPro, continued the conversation about the move to a new facility.

“We’ve grown pretty quickly in the past year and a half, and we needed a bigger space,” Shilling said. “It’s almost double in size!”

The open house included hors d'oeuvres by The Gourmet Goddess, as well as frequent tours given by any one of the CertaPro staff members. A ribbon cutting commenced the celebration for the new facility.

Barb Young, Board Member of Crossroads Regional Chamber of Commerce and owner of Barbara Jean’s Gifts & Gourmet, explained her many-tiered relationship with CertaPro.

“CertaPro painters are a few things to me: they are great members of the commerce, but on a personal note, many members of CertaPro are my clients for the gourmet gift baskets I make,” Young said. “They are so generous and order from me on a monthly basis as gifts to their clients.”

Young expressed her support for the company.

“The CertaPro Painters are so involved,” Young said. “Yes, they are a painting company, but they are more involved than that. Anything community-wise that they can do, they are doing it. We support them full-heartedly. “

“My dad is the boss, but he works with so many people,” Haley said. “He loves CertaPro because he gets to meet a lot of people, and it’s fun to do that.”

“It’s all about the process that we complete every day,” Jordan said. “Each project, each job, each customer is an opportunity to build our brand and deliver extraordinary experiences. That’s all we can do.”

The CertaPro Painters outstand themselves as they make it their mission to provide Northwest Indiana with the best of the best. The new, improved, and expanded facility is proof that their business is only growing alongside the demand from their customers.

If you are interested in CertaPro and their services visit https://certapro.com/ or stop in to the new facility, located at 1161 Breuckman Dr. in Crown Point! 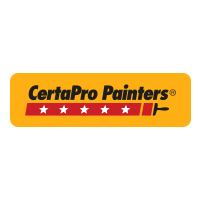