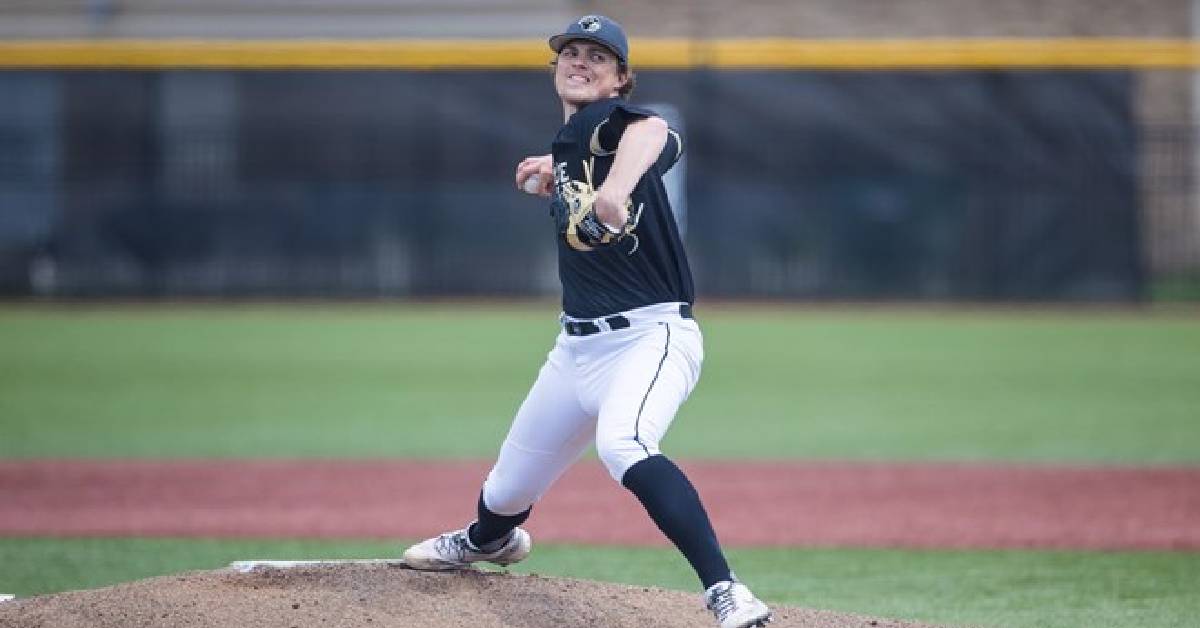 Purdue Northwest's Chad Patrick has been selected as the 2021 Great Lakes Intercollegiate Athletic Conference (GLIAC) Pitcher of the Year and named to the All-GLIAC First Team, the league office announced Wednesday afternoon. He's the first Pride pitcher in school history to earn the GLIAC Pitcher of the Year award.

"Earning pitcher of the year means everything to me," Patrick said. "My hard work and dedication to this game hasn't gone unnoticed and I appreciate everyone that has helped get me to this point.

"I'd like to give a shout-out to the GLIAC for making sure we had a season this year, my coaches, teammates, family for all of their support, and the Purdue Northwest athletic department."

Patrick, a senior from Hebron, Ind., went 5-2 this season with three shutouts while leading the conference in several statistical categories, including strikeouts (97) and earned-run average (1.83). He surrendered just eight walks and 13 earned runs in a career-high 64.0 innings pitched - which was good for the second-most innings in the GLIAC.

Coming off a strong summer in the Northwoods League, the right-hander began the 2021 season with 24.1 consecutive scoreless innings and he recorded 10 or more strikeouts in over half of his appearances. Notably, Patrick tied his career high with 15 strikeouts twice this season - both during a seven-inning game.

"Chad didn't have a bad outing this season," PNW head baseball coach Dave Griffin said. "He's just a model of consistency and hard work. The improvement he displayed over the past few years speaks volumes for his work ethic and his desire to become great. Chad earned this award and I'm very excited to see what his future holds."

"Overall, I thought the season went well for me. I went out there every game this year with determination and to try to put my team in a position to win," Patrick mentioned.

Patrick is a three-time all-conference selection. In addition, he was named GLIAC Pitcher of the Week and National Collegiate Baseball Writers Association (NCBWA) Midwest Region Pitcher of the Week this spring. Patrick was recently voted the 2020-21 PNW Male Athlete of the Year.