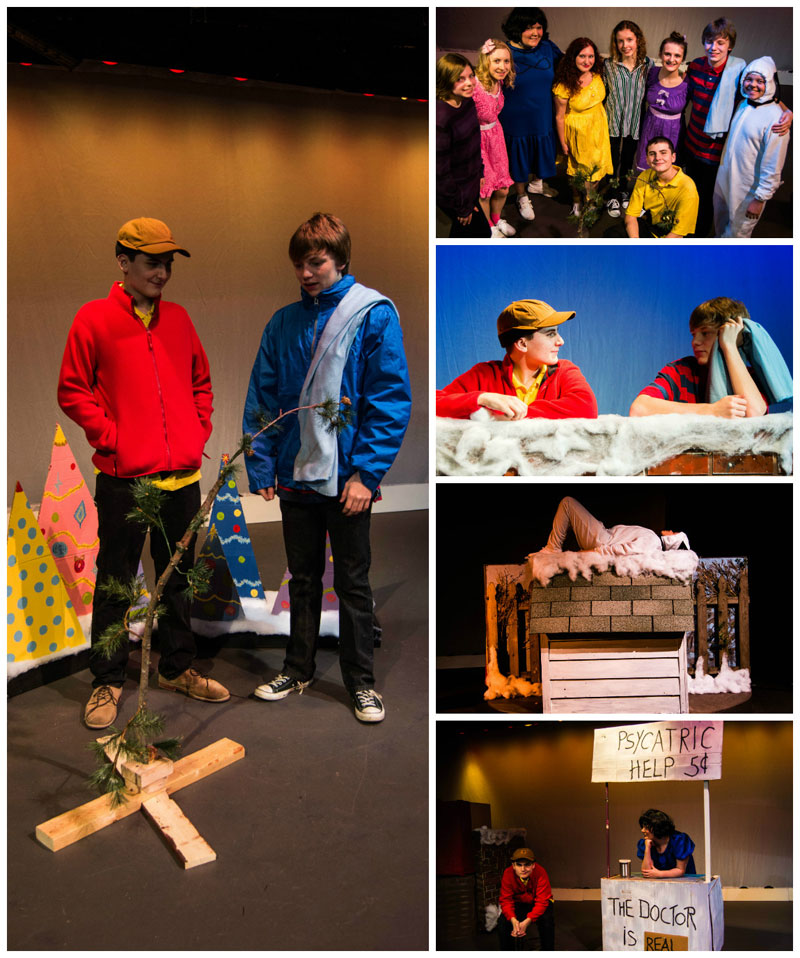 Chicago Street Theatre is getting nostalgic this holiday season by treating the community to A Charlie Brown Christmas, running at the theatre November 28 through December 21 The brand new stage adaptation is based on the 1965 classic Charles Schultz TV special and features the lovable Peanuts characters that the late cartoonist created in 1950 and their search for the true meaning of Christmas. As with the CBS Holiday Special, audiences will be treated to the jazzy score by Vince Guaraldi, the song "Christmas Time is Here" , as well as all the classic moments they know and love.

Originally commissioned by the Coca-Cola Company, the holiday special aired on December 9, 1965 and was created as a commentary on the over-commercialization of the Christmas season. The project was chosen for Schultz's characters because of the extreme popularity of Peanuts by the 1960's. Producers Lee Mendelson and Bill Melendez worked with Schultz to create a message about getting back to the simpler innocence of the holidays. To capture the innocence of their message, the animated story used child voice actors for the characters and an unconventional jazz score by Guaraldi.

Chicago Street Theatre Director of Marketing, Eric Brant says that the choice to present this classic was part of what the theatre wanted to share with audiences for their 60th Anniversary Season. "We've become a tradition in this community for presenting great holiday classics like: A Christmas Story, It's A Wonderful Life, and last year's Junie B. Jones in Jingle Bells, Batman Smells," said Brant, " With it being our 60th anniversary, the 65th anniversary of Peanuts and the 50th anniversary of the TV Special, it all felt like a perfect fit."

Director, Lisa Formosa-Parmigiano said that it has been great working with her cast in capturing such "iconic" moments that are the "heart" of this holiday favorite. To accommodate the 24 performances of the holiday classic she and co-director, Kathleen Erny decided to put together two separate casts to handle the sheer volume of shows being presented. A Charlie Brown Christmas has a "Primary Cast" who are performing 18 of the scheduled performances and a "Junior Cast" who are performing the Thursday night shows and the 11 o'clock matinees on Saturday mornings starting December 6.

The show's Primary Cast features: Elijah Sabourin (Chesterton) as Charlie Brown; Edmund Paul Castle lll (Union Mills) as Linus; Sophie Burns (Valparaiso) as Schroeder; Mahdi Stevens (Valparaiso) as Snoopy; Dennis Murray(Valparaiso) as Pig Pen; Megan Lothamer (Valparaiso) as Lucy; Katelyn Holub (Valparaiso) as Sally; Robyn Rutar (Valparaiso) as Frieda; Riley O'Neil (Westville) as Violet; and Katie Kirk (Valparaiso) as Peppermint Patty. Tickets for this cast are: $20 for Adults; $17 for Seniors/Students; and $15 Groups (of Ten or More). Taylor Fleming from Portage serves as the Vocal and Music Director for the production and will play the accompaniment for all of the performances.

Tickets for all Shows are available online at ChicagoStreet.org and through the CST Box Office at 219-464-1636 X1. Box Office Hours are weekdays 10 AM to 2 PM and two hours prior to showtimes. Tickets for A Charlie Brown Christmas have been selling quickly, so Reservations are strongly suggested. For a full list of dates, times, and casts visit the CST Website at ChicagoStreet.org and "like" Chicago Street Theatre on Facebook for all their latest news and details.