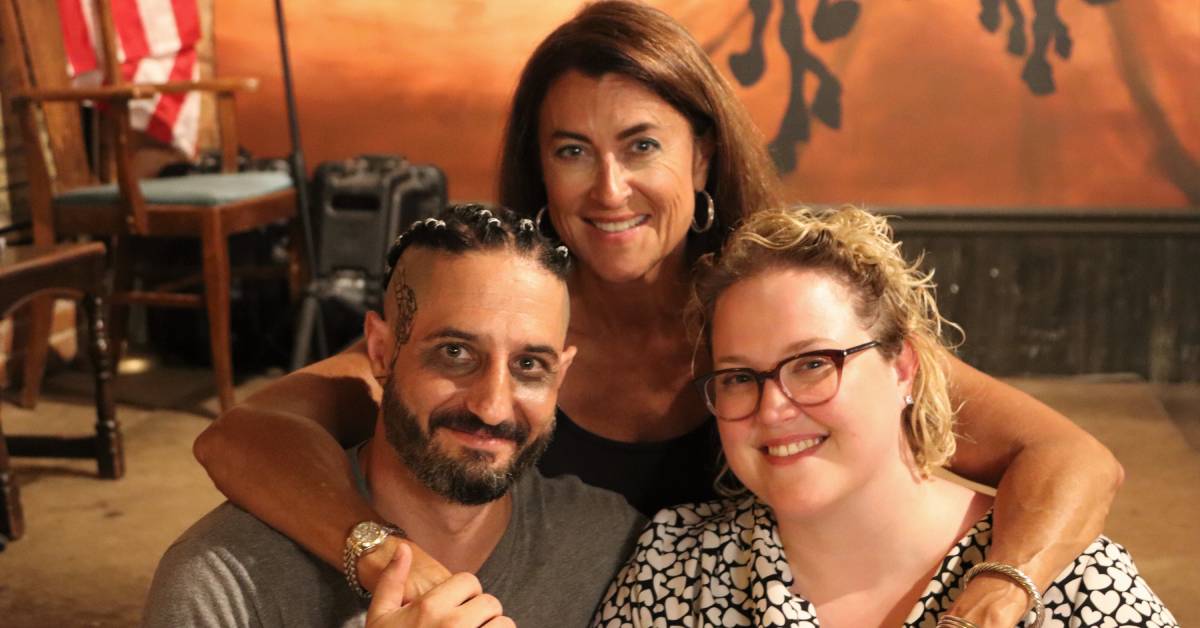 Taking on Shakespeare is always a unique challenge for a theatre troupe. It’s all about finding ways to bring new life to the legendary material while respecting the expectations of an audience. Chicago Street Theatre took the challenge in stride, bringing the tragedy of Macbeth to Valparaiso with all the flair and style expected from the hometown company.

Chicago Street Theatre celebrated their successful opening at don Quijote with a Meet and Greet Party, where audience members dined with the cast and crew of Macbeth. They chatted about the story, characters, and directorial decisions that made it such a special show for the cast, crew, and audience.

“We wanted to make things a little ambiguous, using some of the old and the new,” said Daena Sisk, co-director of Macbeth. “We used modern music and modern dance together with old costumes. We wanted everybody to take something from it, because the message resonates no matter if it’s the 1700s or 2019.”

Jason Kaplan is a veteran performer, and he cast a daunting presence at the restaurant with his hair and makeup still stage-ready. Fans talking with the star who played Macbeth were surprised to learn that, initially, the role was somewhat intimidating for the actor.

“At the beginning, I was so excited to do it,” Kaplan said. “Then I saw the line load. It was a little overwhelming. But once I had it all done, I felt really comfortable.”

Kaplan’s favorite part of the role was definitely the look.

“Barb Malangoni, our director, basically said she wants me to look like a Scottish biker,” he recalled. “I was like, ‘Absolutely.’ When I found out, I was talking to the guy who does my hair about how I wanted to shave my sides and it just kept evolving to where I get to go on stage looking totally intimidating.”

Some of the guests at don Quijote were longtime patrons of the Chicago Street Theatre. Others, such as Matthew Cunningham, had only seen a show or two before Macbeth and walked away deeply impressed.

“I think it’s important when you’re dealing with shows that have been around for centuries to really nail the emotional impact of these scenes, and Chicago Street did just that,” Cunningham said. “I also think it’s an important aspect that they came out here to meet us afterwards. Especially in local communities like this, it’s great to get to know the cast, staff, and everybody who puts these productions in order.”

Chicago Street Theatre Vice President Craig Nordstrom emphasized that the theatre company is about much more than entertainment.

“We have a high regard for community engagement,” he said. “We’re all about finding ways to better serve the community. We love to have a reputation for doing plays that might not always be done and sometimes sticking our neck out there a bit.”