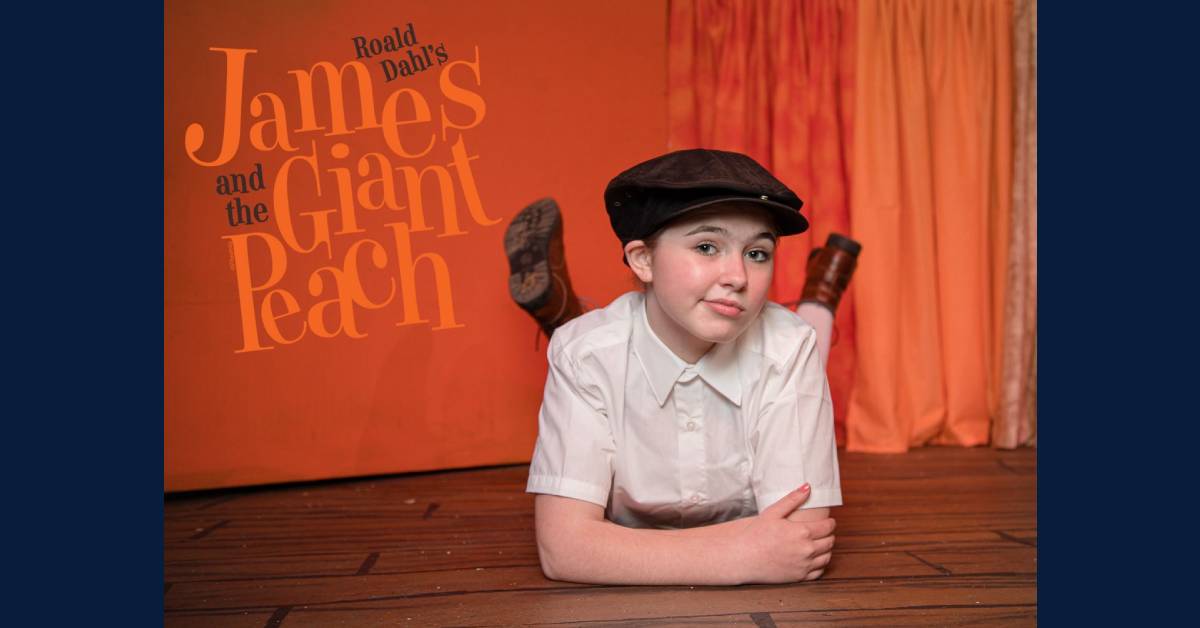 The return to the stage has been a dream for Chicago Street Theatre as it kicks off its 2021 season with the main-stage performance of "James and the Giant Peach" this weekend. The show has a dozen aspects that make it a performance to remember, according to Chicago Street Theatre board member and secretary Erin Sharpe, but the one aspect that stands out to her the most is the show is in-person.

“We’re aware that every day can bring some kind of a change,” she said.

With the pandemic consuming the 2020 season of Chicago Street Theatre, Sharpe says the theatre is approaching this year’s season “cautiously,” with alternatives to their usual regimen that prioritize the audience’s health.

Tickets for "James and the Giant Peach" went on sale much later than usual to ensure a limited capacity was attained for each performance. To limit interaction as much as possible, ticket sales have been handled via the Chicago Street Theatre website. In these sorts of situations, Sharpe said refunds have been and will be honored. In addition, Chicago Street Theatre has been strictly adhering to CDC guidelines as well as their own approved guidelines so the curtains can open this April.

Masks have also been a requirement for actors and actresses in James and the Giant Peach since the beginning.

“We have been masked for every rehearsal and will remain masked for performances,” Sharpe said.

Aside from the liveliness of the performance, Sharpe says another incredible avenue that is being taken by Chicago Street Theatre with this specific show is their partnership with Campagna Academy to spread a message.

“One of the main themes of 'James and the Giant Peach' is finding home. It’s a story of a young boy who tragically loses his family and finds home in an unlikely place,” she said. “We thought it was a great time to bring awareness to the children that are currently in the foster care system still searching for home.”

Along with bringing awareness through acting, Chicago Street Theatre also wants to bring the needs of these children and the needs of foster parents to the spotlight.

As a director for the show, Sharpe says this is a performance that is suitable for all ages.

“We call it a family-friendly show, but this show is 100% for everyone,” she said.

Sharpe noted that "James and the Giant Peach" will be heartwarming with the possibility of tears from laughing and tears from incredible storytelling. This performance definitely has been a dream for Chicago Street Theatre.

“We miss having audiences. We miss doing shows. In the ideal situation, we just want it all back,” Sharpe said.

The production of the late-night show, "Stop Kiss," has been postponed until the fall due to scheduling conflict, but Sharpe and the crew are ready to bring another popular performance to the Valparaiso stage.

Based on the 80s cult classic film, "Heathers" will be the show of the summer. With a limited cast size and a mask advisory in the state of Indiana, Sharpe says it is unknown whether "Heathers" will be a masked performance, but the production will keep adhering to guidelines in the meantime.

As Chicago Street Theatre kicks off its 2021 season, Sharpe says there is one thing that she wants patrons to know before entering the theatre after so long.

“We are hoping our audiences are excited to be back and understand that this is something totally new for us. We’re trying to make it as safe as possible and as enjoyable as possible.”