Chicago Street Theatre will bring a favorite children's novel to life when Harriet the Spy opens on Friday, August 19, 2016. Based on the novel by Louise Fitzhugh and written by Leslie Brody, the family presentation kicks off the company's 62nd season of bringing the art of live theatre to the community with 11 performances running through September 3. Tickets for the performances are $12 for adults and $10 for students, seniors and groups of ten or more and can be purchased online at ChicagoStreet.org or by calling the theatre's Box Office at 219-464-1636 X1.

Considered a "milestone" in children's literature, Harriet the Spy tells the story of a well-to-do, eleven-year- old named Harriet M. Welsch who aspires to be a great writer one day. In her notebook she writes down everything she knows about everyone- her classmates, her best friends-everyone. When her journal of blunt and often awful observations falls into the wrong hands, mayhem ensues as the students read everything she's ever written about them. The classmates attempt to prank and catch the girl they've dubbed "a spy" as Harriet works to repair her friendships. Following on the heels of their popular productions of Junie B. Jones The Musical, Nancy Drew; Girl Detective and Henry and Ramona, Chicago Street Theatre believes this is a show audiences will adore. Taking the story from "the page to the stage" are directors, Kelley Weisenbacher and Nancy Haller.

Haller says that both directors were fans of Fitzhugh's 1964 novel and that traditionally CST likes to work with material that has a literary connection. The pair believe that along with being an adventurous romp for the whole family, the story has a lot of heart and relevance in today's world. As with the 1996 Nickelodeon movie featuring Rosie O'Donnell and Michelle Trachtenberg, Haller and Weisenbacher have set their play in the present day. 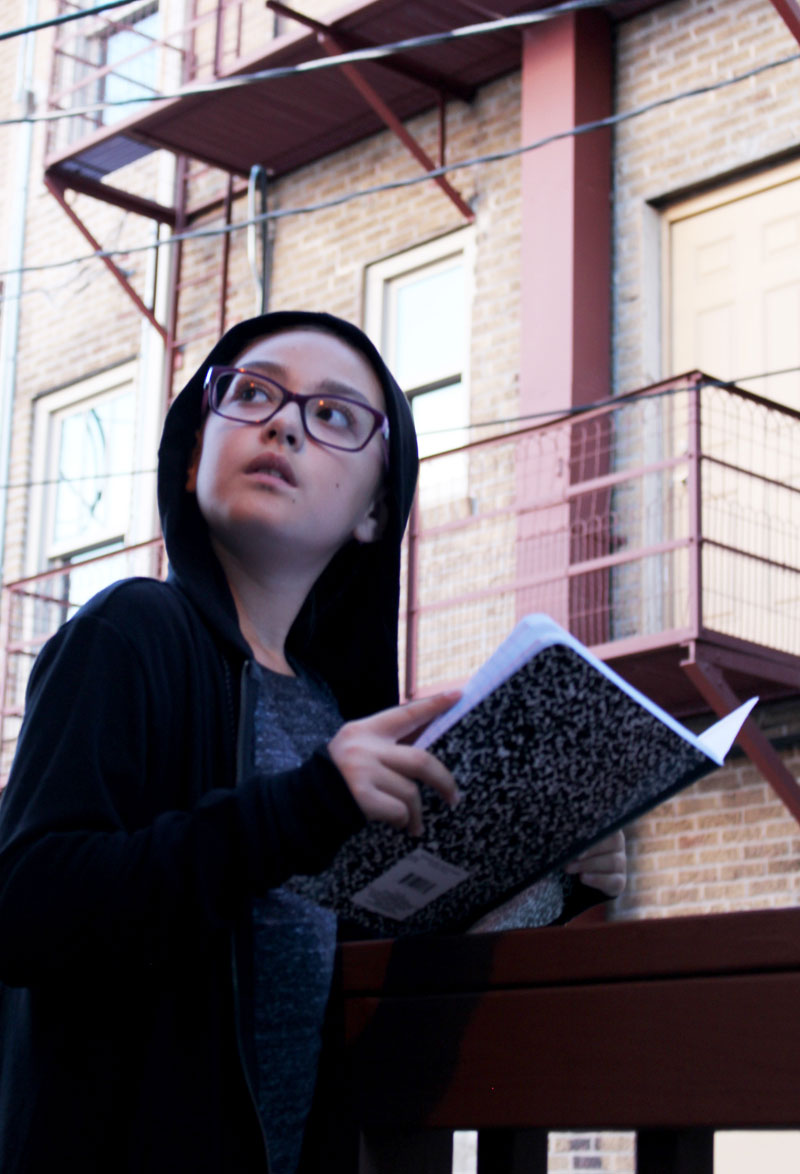 "There's are some pretty important lessons in the show about kindness and making sure you don't say or do things that you can't take back," says Weisenbacher who relates the story to how people text or say things on the internet that blow up into an uncontrollable drama.

On August 19, audiences can stay afterwards for an ice cream social with the cast and the crew provided by Valpo Velvet. Theatre-goers can also chat with the players about the making the production on September 1 with CST's popular Thursday Talkback following the show. Reservations are strongly suggested and patrons should visit the CST website for dates and ticket availability.

Viewer's Choice 2016/2017 passes are also available for the entire season at Chicago Street and this year the theatre has added an all new 12 Ticket Family pass. The Viewer's Choice Family subscription can be used for the theatre's presentations of Harriet the Spy and the two family musicals: A Winnie-the-Pooh Christmas Tail and A Year with Frog and Toad.

Coming up next for the theatre is its One Night Jam concert series with Chris Bolint and Robert Rolfe Feddersen on Sunday, August 21 at 7PM and their studio co-production of Gutenberg! The Musical! with The Ensemble Theatre Company opening on September 16.