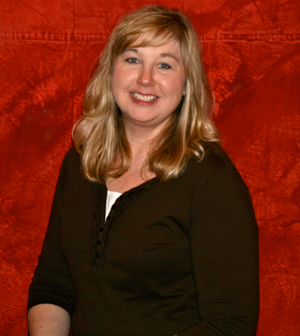 Heather Pflug has joined Chicago Street Theatre as director of marketing. A native of Logansport, Indiana, she and her family moved to Valparaiso in July from the Chicago area.

In this new role, Heather will lead marketing efforts for the theatre, including the playbills for each production, social media, box office, and promotional materials. She looks forward to working with members of the Valparaiso community.

Most recently, Heather worked as a senior project editor for Purdue University Marketing and Media in Lafayette. In this role, she was the managing editor of Leadership magazine and coordinated marketing projects for the University Development Office. She was part of the team who helped raise $1.7 billion during The Campaign for Purdue.

Heather also worked for the Logansport daily newspaper, the Pharos-Tribune, for 12 years. She first worked as a reporter, then as managing editor.

Heather graduated from Indiana University with a bachelor of arts degree. 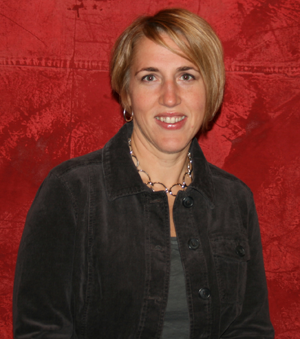 Apryl Niksch has joined Chicago Street Theatre as director of development. A native of Valparaiso, Indiana, and graduate of Chesterton High School, she and her family moved from the Chicago area in 2007.

In this new role, Apryl will focus on fundraising efforts and developing relationships with the Valparaiso community, businesses and Theatre members.

For the last couple of years, Apryl has been an independent event consultant, planning festivals, weddings and conferences. Prior to that, she was the director of events for the Illinois Saint Andrew Society in Chicago for nearly eight years. In this role, she planned and managed several events including the Scottish Festival & Highland Games (attended by over 15,000 people), galas, golf outings, conferences, and receptions.

Apryl graduated from Purdue University with a bachelor of arts degree.