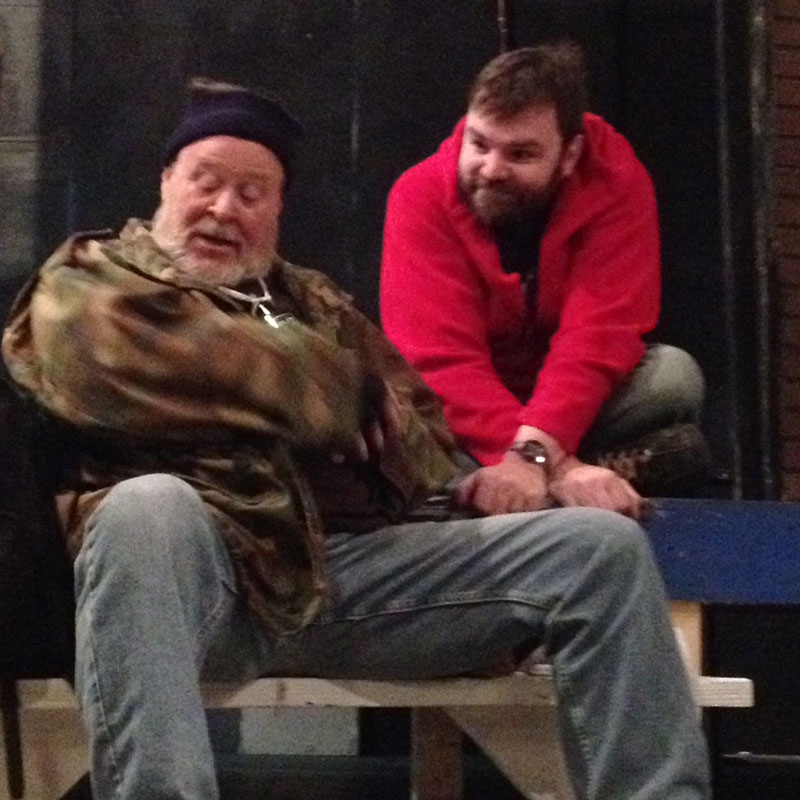 Chicago Street Theatre is thrilled to be bringing back the play that began the group's foray into producing new works with The Angels of Lemnos on April 10. The award-winning drama, runs through April 25, and is the first play penned by Jim Henry, who now serves as CST's Resident Playwright and Literary Agent. The Angels of Lemnos tells the story of Nathan Spandrel, a homeless man who has fallen through the cracks of society. The character's life is turned upside down when he discovers an infant that he believes is a fallen angel that he must return to Heaven.

"We really wanted to bring this play back for our 60th anniversary season because of its significance to our group's mission to develop new works and because it launched Jim's career as a professional playwright," said Eric Brant, the show's director, "It also has the distinction of being one of the most popular original shows CST has ever produced." Brant, who played Nathan in the group's 1998 production, is joined by co-director Daena Sisk.

Angels has been through many changes since Henry, who is a 23 year member of the not-for-profit theatre group, first started writing it in 1996. Originally titled, "Nathan Spandrel Slept Hear", it was intended to be a one-man show comprised of monologues. From there the playwright began dabbling with the idea of "forms" who assisted the title character in illustrating the stories being told. These shadowy black garbed actors eventually led to creating a second character for the show named Girtie Colter. The Colter character was then given his own story and served as a guardian angel and mentor to the young homeless man.

Brant says that Henry kept bringing new drafts of the script to various members of CST who offered input as he was developing it. "Since our artists are volunteers, who have 'day jobs', Jim worked with input from some of us who worked in the Special Education and Mental Health fields, to give a realism to Nathan's character and how he became homeless," Brant added. 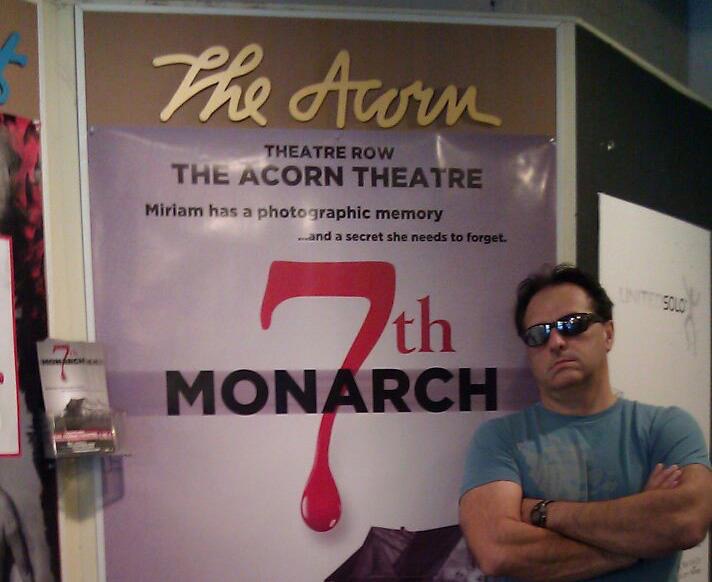 Eventually CST gave The Angels of Lemnos a staged-reading in 1997 at the group's temporary Alley Studio location see how audiences would respond to the drama. From there, Henry entered the show in a playwriting competition and it received a workshop production at the Paper Mill Playhouse in Roanoke, Virginia. With its success in Virginia, the playwright became involved with Chicago Dramatists who provide a network and a venue for regional writers to develop their plays. Dramatists helped to further the creation process with staged readings and finally a production in March of 1998. Henry now serves as a playwright in residence for Chicago Dramatists who have helped him with his other one acts and full-length plays: Bustin' the Fence,The Seventh Monarch, Backwards in High Heels, Brother of All and Jellofish.

When CST made their new home at Chicago Street in 1998, the group chose to have Henry's Angels close their first season in August of that year.

The groups production went on to win numerous awards from the Northwest Indiana Excellence in Theatre Foundation, the Indiana Community Theatre League and the American Association of Community Theatre. The play became a huge milestone for both Chicago Street Theatre and Henry's career as a playwright.

Since then, the theatre company has made developing new and original works part of their mission. Most of Henry's plays have been developed and produced at Chicago Street as well as works by other playwrights like Bill Massolia, Joshua Rollins, and member Julia Weiss, whose TAMMY: A Coming of Age Story About a Girl Who is Part T-Rex was produced in January and February. CST continues to work with new artists and for their 61st season has been selected as a producing house for the American Association of Community Theatre's New Plays Festival. The group is excited to be working with one of the winners of this National playwriting competition in April of 2016. 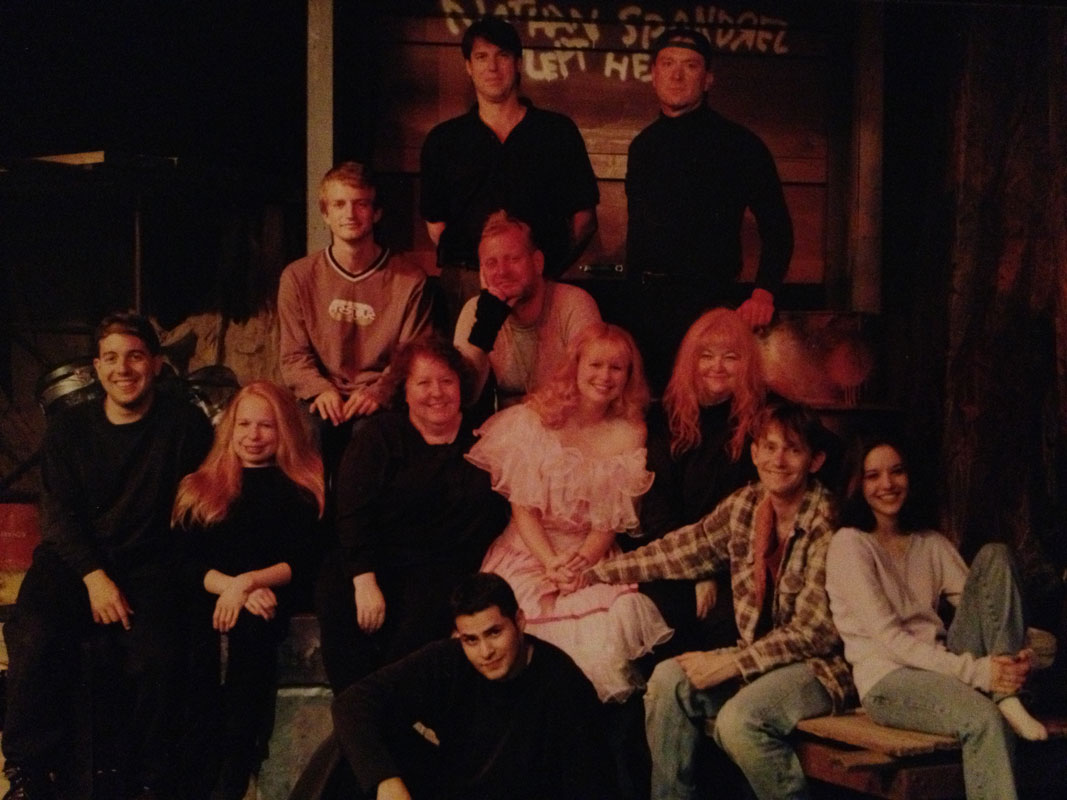 This April, The Angels of Lemnos will be presented with a whole new seven member cast featuring: Jason Utesch (Valparaiso) as Nathan; Don E. Taylor (Hammond) as Girtie; and Kelley Weisenbacher (Chesterton), Donald R. Beck (Michigan City), Caroline Rau Geldernick (Valparaiso), Troy Yeager (Valparaiso) and Kari-Anne Innes (Valparaiso) as The Forms. The actors playing the "Forms" have a unique task in the production as they shift in and out of characters from Nathan's past and play various objects in scenes.

Tickets for this poignant and funny play are available by calling 219-464-1636 X1 or online at ChicagoStreet.org. Box Office hours are weekdays from 10 AM to 2 PM and two hours prior to show times. Audiences are invited to meet with members of the cast and crew following the performances with an Opening Night Party at Stacks Bar and Grill on Friday, April 10 and a Happy After Hours Party at Parkside Urban Bistro on Friday, April 17. The cast, crew and playwright Jim Henry will also be present after the show on April for CST's popular Thursday Talkback series. Reservations are strongly recommended due to the number of shows that have had SOLD-OUT houses during CST's anniversary season.