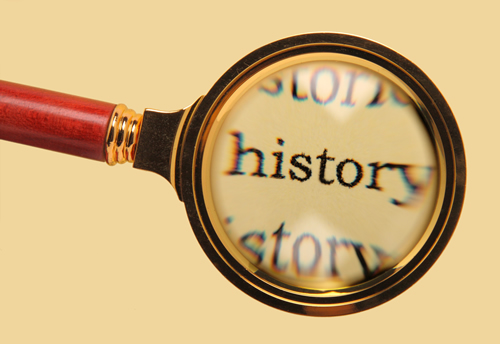 The history of chiropractic dates all the way back to 1895 when Daniel David (DD) Palmer, founder of chiropractic, did his first spinal adjustment on a janitor – restoring his hearing in the process. Palmer moved from what is now Ontario, Canada to the United States in 1865 and started practicing magnetic healing and other natural health practices in Davenport, Iowa in 1880. His interest in a more organic, less invasive approach to healing opened the door for the natural, whole body wellness that chiropractic provides.

In 1895, Palmer encountered a janitor who claimed that he had lost his hearing when he moved and heard a “pop” in his back. Upon inspection, Palmer noted that the janitor had a vertebra out of place. He had the man lie on the floor, face down, while he manipulated the man’s spine, gently coaxing it into alignment. The next day the janitor claimed that he could hear again.

Two years later, after extensive research and development of the practice of what he called “chiropractic,” he opened the Palmer School of Cure where he began teaching others his techniques. After that first adjustment, word spread and this new, mysterious practice piqued the interest of the public, many who became students, including Palmer’s own son, Bartlett Joshua. Quite a few early students were practitioners of the healing arts of osteopathy and medicine. The school is still operational today as the Palmer School of Chiropractic.

The term chiropractic was first coined by DD Palmer and is derived from two Greek words, the first cheir which means “hand” and praktos which means “done.” A literal translation is “done by hand” which is an apt moniker for this very hands on practice.

The first state to create laws licensing chiropractors was Kansas in 1913. By 1931, 39 states were on board, giving legal recognition to chiropractors. The last state was Louisiana in 1974.

There are more than 60,000 active chiropractic licenses in the U.S. alone. Several U.S. territories, including the U.S. Virgin Islands and Puerto Rico officially recognize the practice as a legitimate health care profession. Switzerland, Japan, Australia, Great Britain, Mexico, and Canada, as well as other countries, also recognize chiropractic and have created laws to regulate it.

Over the years, chiropractic has evolved and grown beyond the sole use of spinal adjustments as treatment. Other treatments and philosophies have been developed and introduced. Chiropractic research was initiated in 1975 at a conference hosted by the National Institutes of Health.

Over the years, chiropractic was not met with much acceptance by many medical associations – initially anyway. Eventually, many have come on board once that have seen chiropractic’s benefits. In 1987, the American Medical Association filed and lost an antitrust case against chiropractic. Until that time, the AMA had been boycotting the practice. That ended when they lost their case.

Chiropractic successfully changed the landscape of health care and health care practitioners. By providing a whole body approach, it has been used to treat a variety of conditions from back pain to knee injuries to colic in infants. Research backing it as a legitimate medical practice is steadily mounting. Chiropractic is proving to be beneficial for a wide variety of health ailments that extend far beyond a painful back.

As chiropractic continues to develop and grow, even more doors are opened, allowing the practice to grow and evolve. Every year researchers are finding more uses for chiropractic treatment and discovering just how beneficial it can be for a myriad of health conditions. As fast as it has grown since its discovery, it is easy to envision continued, rapid advancement in the years to come.