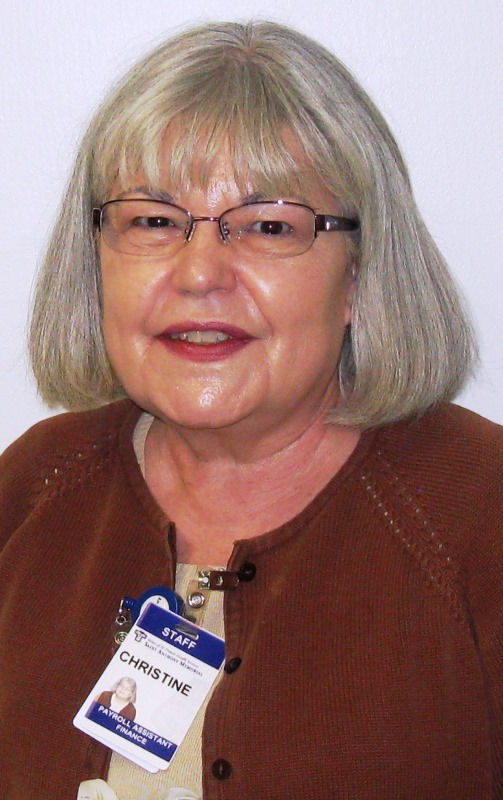 Christine Lain, a 29-year payroll department employee, who spent six months of that time in the Franciscan Alliance corporate office in Mishawaka, is Franciscan St. Anthony Health-Michigan City’s December Ambassador of the Month.

Lain was nominated for the award by a coworker, who said, “She truly lives the mission every day. She displays all of the criteria to be nominated as an ambassador.”

When asked how she felt about receiving the honor, Lain replied she was “very surprised,” adding, “There are so many employees here who live the mission every day. It is rare today to work in a place where one is allowed to openly express their faith.”

Lain said she is thankful for her job and for the people with whom she works and those she otherwise has met during her years at the hospital, adding they have helped her to grow her faith.

Lain, of La Porte, loves watching movies and playing with her dogs, Shark and Sadee, during her free time.

In recognition of the honor, Lain, as are all Ambassador recipients, was honored with a special billboard display for the month, a privileged parking spot, an Ambassador badge holder, a photo on the Ambassador of the Month wall that displays the previous 12 months’ winners, $150 cash and an invitation to the annual Service Awards and Recognition Banquet.