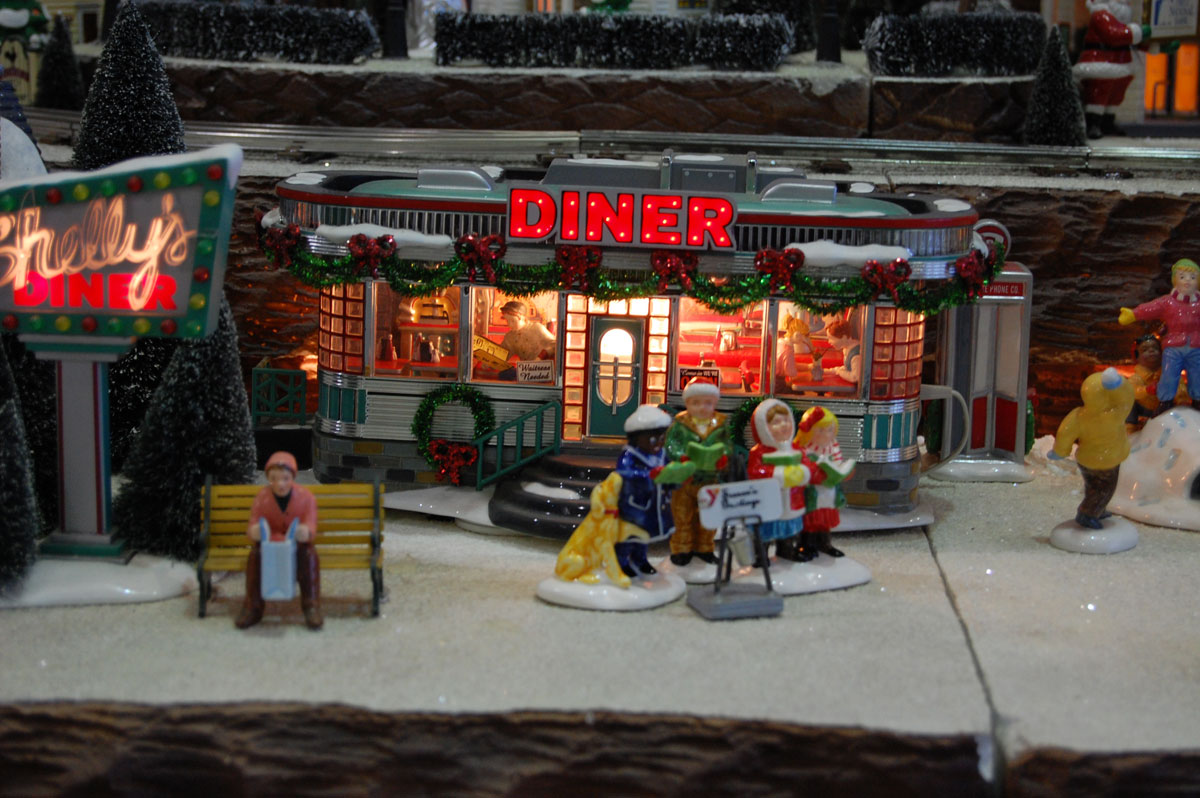 When the Valparaiso Family YMCA moved into the new facility 5 years ago, a beautiful “Christmas Village” was moved along with other boxes into 1201 Cumberland Crossing Drive. This box was special because it contained a donation from First National Bank after it closed and the Y gave it a home.

Here is the story of the “Christmas Village.

“A staff member of the Bank’s operations department (working at the Lake Eliza facility) owned the display, had limited room at her home, and brought it in to set up in the facility. Chuck Welter saw it, liked it, and offered to buy it from her. Chuck then had it set up in the Bank’s rear lobby area. This all occurred in the year 2000. Chuck hired someone to add to and finish the display. We had thought it was Valpo Pet and Hobby; however, a brass plaque on the display refers to someone else. In later years, it was set-up in the main lobby of the Bank.” This story is courtesy of Dick Thompson, former V.P. of Auditing for FNB, as well as past Board member and Treasurer of the Y.

When the Christmas Village was given to the Y, there were some additions; such as the trolley, some lights, and a YMCA basket for giving. For the past 5 years this Christmas Village has delighted young and old at the Y. Everyone stops to view the village; it is displayed in the front entrance of the Y and will be there through the Holiday season. It is a Valparaiso Holiday treasure and tradition to be shared by all.