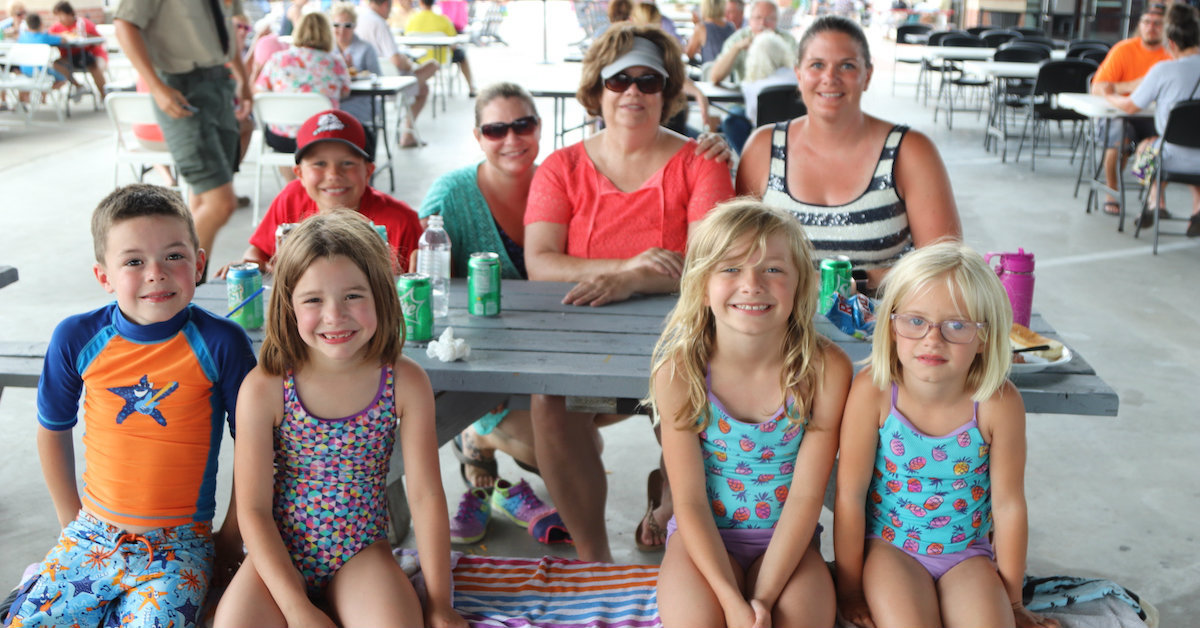 People from all around Crown Point gathered under the new pavilion at Bulldog Park. The event was held at the fairgrounds in the past, but the new park gave this event a new home.

A large assortment of community members were in attendance including the mayor, firefighters, and residents. They were all there to enjoy a free lunch from the city and some business partners such as Jewel-Osco and NIPSCO.

“This is our twelfth annual city-wide picnic,” Diana Bosse, Crown Point’s Special Events Administrator said. “This is something the city wants to do to give back to the residents. There’s no charge, we just invite the residents to come out and enjoy a day with the city staff.”

Crown Point residents of all ages were there to enjoy the picnic. Young kids cooled off from the heat at the splash pad while adults enjoyed conversing with others in their community. Among these were a group of ladies all over 90 years old, one even just turning 100. They have been coming to the city-wide picnic since it started twelve years ago.

“It’s a big undertaking especially since it’s our first time [at Bulldog Park]” Elizabeth Lewis, age 100, said. “It looks like it’s going to be great.”

Over by the splash pad, the children played and their families watched. The city also put up bounce houses for the kids to play in.

“It’s a great idea,” said grandparent Trudy Tarpo. “I see how much the kids are enjoying [the splash pad].”

Even Mayor David Uran was there helping serve the food.

“We wanted to give back to the community. We wanted to thank all of the residents and businesses.” Said Mayor Uran. “When I was elected back in 2007, we became a family of 30,000. Everybody is welcome, we don’t turn anyone away, and it’s an opportunity to break bread with the community.”

The day turned turned out to be a great community event celebrating the best parts of Crown Point, the businesses who make it possible, and the people who make it all worth it.