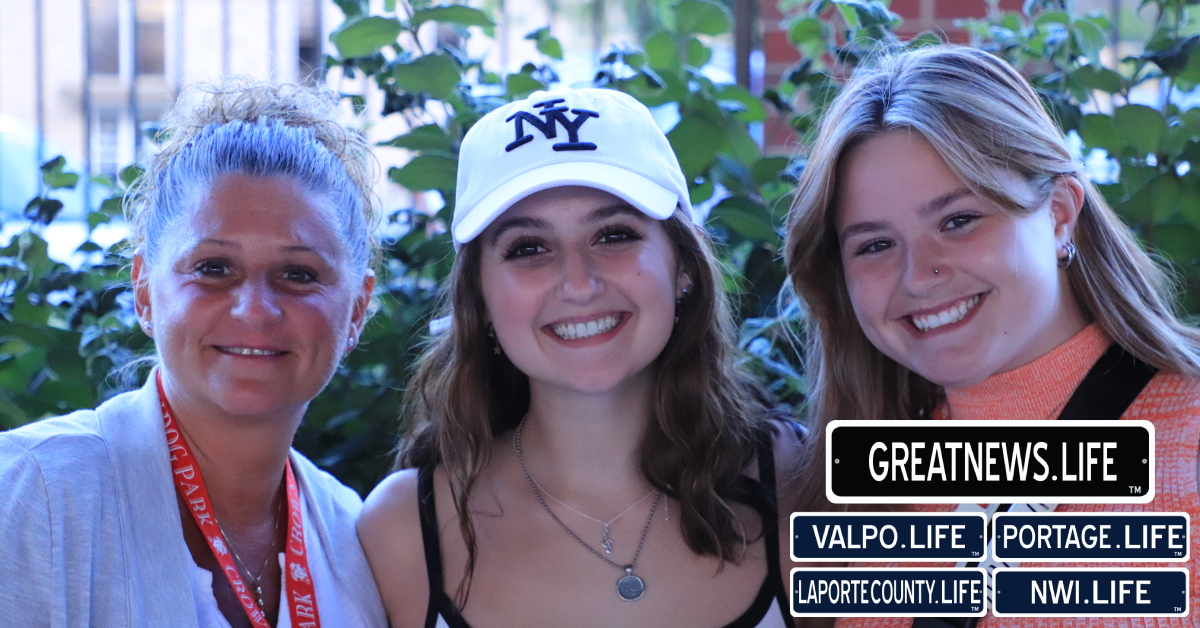 In The Comedy of Errors, Shakespeare wrote that, “small cheer and great welcome makes a merry feast.” Tonight in Crown Point, there were all the ingredients for a merry feast as the city hosted a comedy night at Bulldog Park, featuring two family-friendly comedians known for their performances on Dry Bar Comedy, as well as live music.

Mayor of Crown Point, Pete Land, helped in the coordination and approval of the event. He believes that hosting such attractions and entertainment helps boost community participation in local activities. Land is committed to keeping an open mind by encouraging new projects and ideas for locals to attend and participate in.

“I think the community loves the fact that we're trying new stuff,” said Land. “We wanted to always try and bring in new venues and new acts. So we just thought of trying stand-up comedy and the community has really responded.”

With hundreds of attendees at the event, the community truly did respond. While the visitors could pass through the gates at 5:30, live music performed by Jessi & The Fizz opened the event at 6:00. The  local band performed various pop hits, ending their gig with a cover of Lizzo’s “Truth Hurts.”

Following the jovial musical act, comic and author John Branyon began his set, opening his routine with humor related to the Crossroads of America. A native of  La Porte, Branyon was excited to perform in his home area of Northwest Indiana, sensing an intimate connection with the audience due to their shared experiences and culture.

“This is my old stomping ground, back in The Region,” Branyan said. “These are my people. We are a tribe in Hoosierdom. I feel like we’ve connected.”

Throughout his show, Branyan continually brought up his belief as a comedian–that people should learn how to be self-deprecating about their differences and see humor as a gift to lighten the human experience rather than to take life too seriously. He appreciated that Crown Point’s audience seemed to agree.

“That's where comedy is. Comedy is in the differences that we have with each other,”  said Branyon. “So I appreciate Crown Point having a comedy night,  bringing me in, and having a chance to laugh.”

Branyon was pleased to do the show with his friend of 12 years, Marty Simpson, who followed his act and closed the night. Contestant and finalist of the television show “Trial by Laughter,” Simpson flew in specifically to perform for tonight’s occasion. With such festivities occurring, Land felt compelled to pay homage to whom he labels as the true heroes of the community: the City of Crown Point’s workers.

“They do a  great job day in and day out. 24/7/365, they're out there while the rest of us are in our homes, and our businesses can enjoy things,” said  Land. “So I want to say thank you to the employees.”

To learn more about the City of Crown Point, consider their website: https://www.crownpoint.in.gov/.