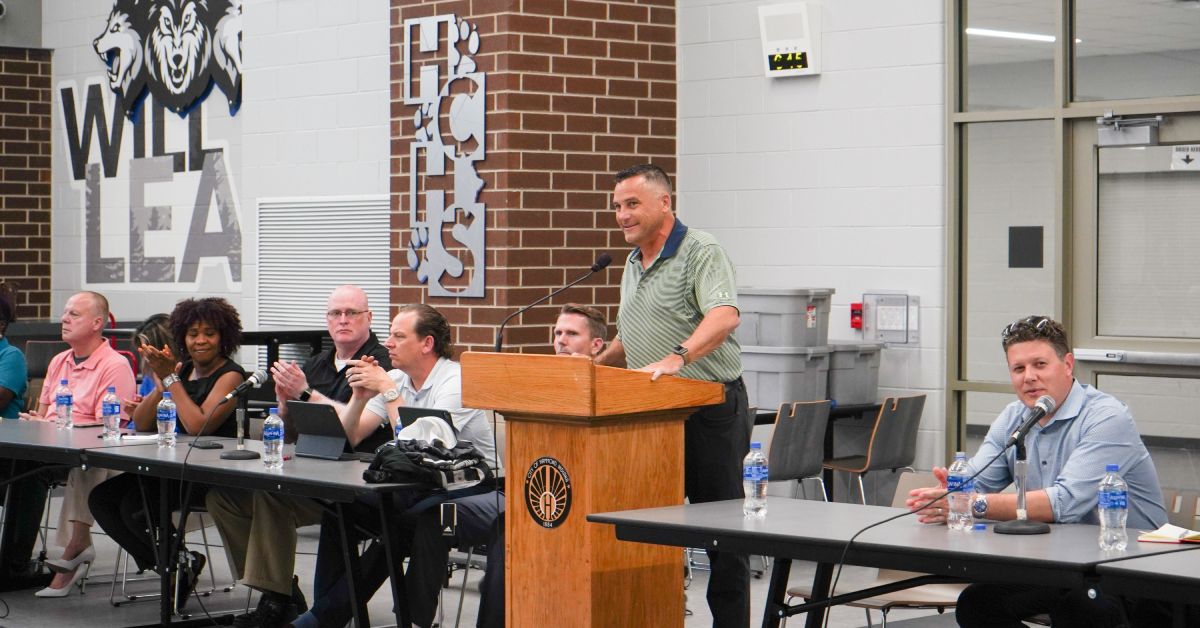 Mayor’s Night Out is hosted as a way for citizens of Hammond to directly communicate with McDermott and his staff about questions or concerns within their districts. Topics range from long-term planning updates to concerns about cars blocking citizens inside their driveways.

The forum began with an update about the South Shore expansion project within the City of Hammond. The project has been in the works since as early as 2008, and though it is still a work in progress, McDermott is looking forward to seeing the return on investment that the new railway will provide to the city.

“I'm really proud of the fact that Hammond’s getting most of the benefit out of this project, the $900 million that's invested – more than half of that is going to be in our city. It's going to give us the ability to do things called TDD, transit development districts, which is going to be young people, mostly, that want to live closer to the rail lines. When this is all said and done, Hammond is going to get bigger and newer, which I think is a good thing,” said McDermott.

Safety was another major topic of discussion during the event. Whether it was concern about the safety of individuals when getting pulled over, school safety, or traffic safety, the panel was ready to talk about strategy and possible solutions to citizens’ concerns.

School City of Hammond Superintendent Scott Miller addressed the concern of school safety by explaining the collaboration in place between Hammond Police, the school, and the City of Hammond as a whole. In every decision made by the corporation, students’ safety has remained a top priority.

McDermott seconded this comment and agreed that the coordination of the many departments has proved to be beneficial in developing a plan in case of an emergency within the schools.

“I think that we've been working together very well. I have a good relationship with the school city, the school board, and the superintendent,” said McDermott.

McDermott and Assistant Police Chief Jeffrey Long explained their efforts to resolve the issue, including a 24-day study on the speed of over 6,000 cars traveling on the road during that time frame. Despite the thorough explanation, the concerned citizens were not convinced that the city was doing enough.

Hammond Police Sergeant Kelly Mickey spoke to the citizens from a place of empathy, stating that although the department tries its best, it is impossible to stop all people from committing traffic violations.

Although Mickey, McDermott, and Assistant Police Chief Jeffrey Long explained their efforts to assist in monitoring speed in the area, the citizens felt the city could have done more. Though the interaction didn’t end with an agreement, McDermott appreciates the controversy. For him, Mayor’s Night Out is the best way to communicate with the city’s citizens and address real concerns that affect them daily that may otherwise go unnoticed.

“Today we had somebody that didn't like our answer. She wants speed bumps on her street. We did a speed test on her street, and we found that 85% of the cars are going under the speed limit. But it allows her to say ‘no, I don't like it. I think you guys should do this.’ That's what a democracy is all about. It's about not just hearing the good things that are happening. It's about hearing the things that you're you could do better at. I think that's the best part of Mayor’s Night Out,” said McDermott.

McDermott makes it a priority to work with his staff to discuss each of the issues brought to his attention in Mayor’s Night Out. No matter what is discussed, citizens of Hammond can rest assured that the team will work to improve whatever situation is addressed.

To learn more about the City of Hammond, visit https://www.gohammond.com/.