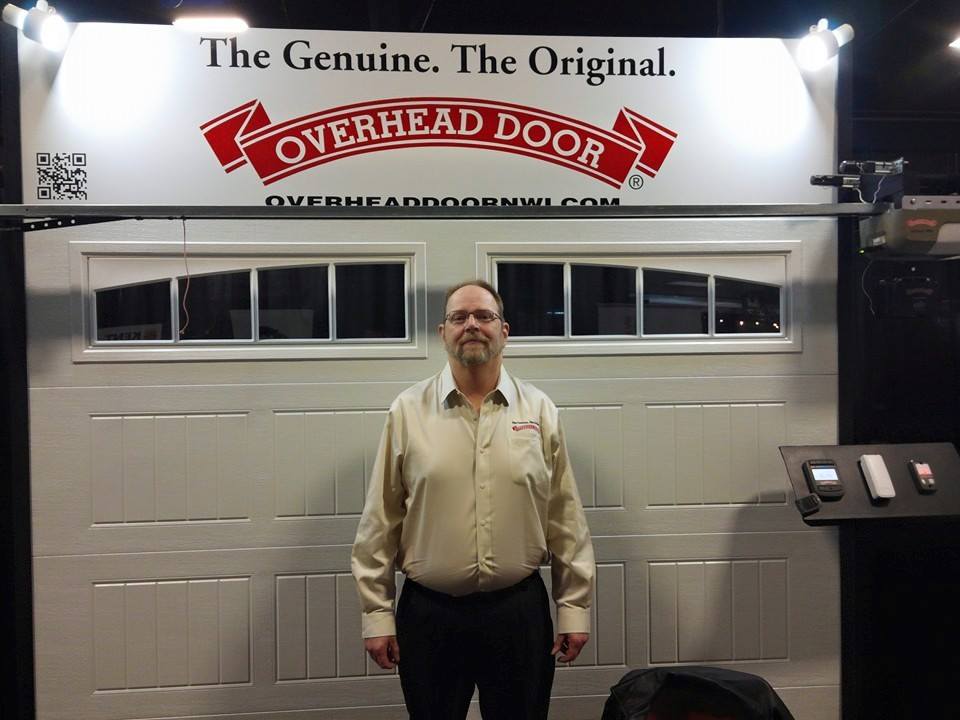 Overhead Door of Northwest Indiana prides themselves on putting family first. The owner, Jim Cameron, keeps his door open for anyone on the team that wants to walk in with an idea or even just to talk, and the company works hard to make sure that the team has plenty of time to spend with their family as well.

So perhaps it’s no coincidence that Service Administrator, Cliff Smith, who came to Indiana from the East Coast to be closer to family, gravitated towards a company that puts such an emphasis on family.

“I am originally from New Jersey,” Smith said. “I moved here after my mother passed to be with my sister. We’re really close and that was what was important to me, being with family.”

And you only have to talk to Cliff for a couple of minutes to realize just how much people and family mean to him. Ask him what he loves about his job and “the people” jumps out of his mouth without any hesitation or doubt.

“When I came over to Overhead Door the first thing I thought was ‘oh my, these people are absolutely great,’” Smith said. “You don’t have to be afraid to talk to a boss, or wait six months for an answer. Which is nice, because a lot of places you work at don’t actually do that. You talk to them and they just kind of say ‘OK’ and walk away.” And Cliff says that the open and honest communication, take care of each other mentality transfers over into how the company treats its customers as well.

“I learned at a very young age that your customers are how you earn your living,” Smith added. “So you have to show them respect and treat everyone equally. It doesn’t matter if you’re selling them a garage door or a seven dollar bolt, each and every customer is important and you have to treat them that way.”

A refreshing notion in an industry like sales, where it seems that you’re importance to some companies is equal to the dollar amount on the check.

When Cliff is not with his Overhead Door family, you can find him spending time with his real family out and about in Northwest Indiana, or at home playing with his new edition to his family: a puppy – “a Chihuahua and something mix,” as Smith puts it.

Stop by Overhead Door of Northwest Indiana at 1272 Horse Prairie Ave, Suite B in Valparaiso sometime and get to know Cliff yourself.

You’ll be glad you did.