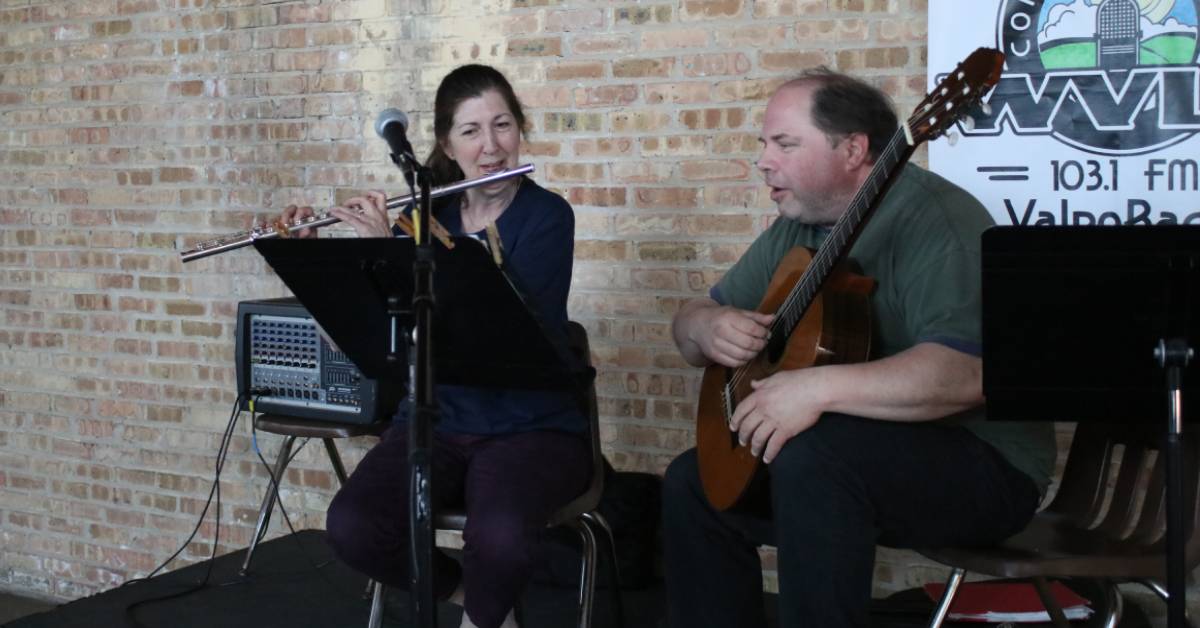 Gregg Kovach, executive director of WVLP, said he enjoyed everyone’s camaraderie at the event. He appreciated the time donated by volunteers and the overall generosity expressed toward him and the station.

“We depend on this dinner and another event that we host in the spring to fund our company,” Kovach said.

The food, catered by David Hemdal, Mike Willard, and Jason Rudy this year, was the highlight of the event.

“They all have shows on WVLP,” Kovach said of the caterers. “It’s nice that other companies can help us out. All the deserts and side dishes are homemade, as well.”

Though all the food is delicious, attendees especially look forward to the hog.

“Originally, it was only referred to as the Community Dinner,” Kovach said. “After people started to like the hog that Mike donates, they started calling it the Hog Roast.”

Organizing the event is no easy task. Kovach relies heavily on volunteers to help prepare details for the dinner and to sell tickets.

“It’s easy to say, ‘Oh, let’s have a dinner,’ but it’s tough to put it into action,” Kovach said. “I count on a number of people to go out and sell tickets so we can have some operating money.”

He broke down the importance of the fundraiser’s earnings.

“Thirty to forty percent of our budget comes from our two fundraising events. As a non-profit we can’t do commercials on air to raise money,” he said. “There aren’t that many ways to fundraise, but we thought that a dinner would be an excellent way to raise some funds for us. We depend on a lot of people’s generosity to raise revenue.”

The dinner was held at Butterfield Pavilion in Valparaiso — the Valpo Parks Department donated the space for the event. T-shirts were available for purchase, featuring a new design from Melissa Washburn, who also hosts a show on WVLP.

Be sure to look for tickets to next year’s dinner and support WVLP, the Voice of Valparaiso.