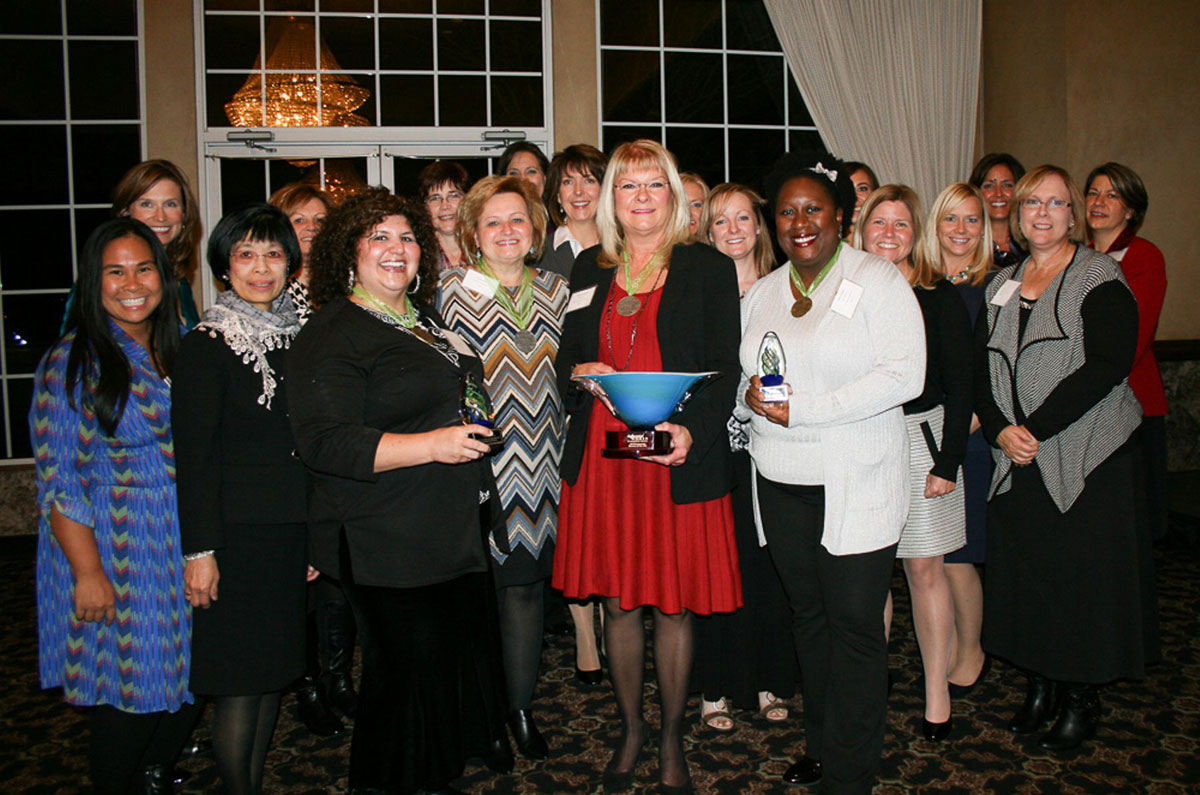 Community Healthcare System has been named the Empowering Business of the Year by Influential Women of Northwest Indiana. The healthcare system, comprised of Community Hospital in Munster, St. Catherine Hospital in East Chicago, St. Mary Medical Center in Hobart and Hartsfield Village in Munster, was honored Nov. 6 at the annual networking event held at the Avalon. In addition, Angela Moore and Khisha Anderson of St. Catherine Hospital were honored as Up-and-Coming women in the categories of Marketing and Healthcare, respectively.

Influential Women of Northwest Indiana is an organization devoted to providing women with the resources, recognition and motivation necessary to be successful in the business world. Every year, Influential Women honors the most influential and up-and-coming women in each of 11 different industries, ranging from construction and healthcare to education and government. An Empowering Business and Most Influential Community Leader also are recognized for their impact on Northwest Indiana.

“There are countless other examples within our organization of women who began as unit secretaries, housekeepers and certified nurse assistants, who were given the support to obtain their advanced degrees, to become registered nurses, nurse practitioners or other medical technicians,” said Gorski. “We are proud to be known as the organization that empowers women to be the best they can be.”

The program’s other honorees, including Moore and Anderson, were selected by a committee of business leaders who had the challenging task of narrowing the 90 nominees to just one winner for “Influential Woman” and “Up-and-Coming Woman” in each of the 11 industry categories (22 winners total).

Moore and Anderson both work in the Marketing department of St. Catherine Hospital. They were nominated as Up-and-Coming women based on their teamwork, involvement and contributions toward wellness.

“I could not effectively perform my job without the complete support of the administration, physicians and staff from all areas at St. Catherine,” said Anderson. “The Marketing department may be a small group; but we have accomplished big things with more to come.”

“It is the leadership at St. Catherine Hospital that encourages the work of Marketing and Community Outreach,” said Moore. “Jo Ann Birdzell, St. Catherine Hospital CEO, was the Overall Influential Woman of the Year in 2013, so we have a great role model to look up to. It takes and entire team to conduct more than 15,000 free screenings each year and hundreds of seminars, connections and outreach efforts, and we are grateful for the guidance and support.”

“We created this event to encourage, support and celebrate our female business leaders in Northwest Indiana,” said Pearman. “We are honored to bring together such an accomplished group of women to share their successes and facilitate networking between the real movers and shakers of our business communities,” Pearman added.

Proceeds from the event will help empower women and children, Pearman said. Four nonprofit charities have been selected to receive funding for ongoing projects within the community. The 2014 non-profit organizations include: Edgewater Systems for Balanced Living; The Salvation Army; St. Monica Home and the Dunes Learning Center.