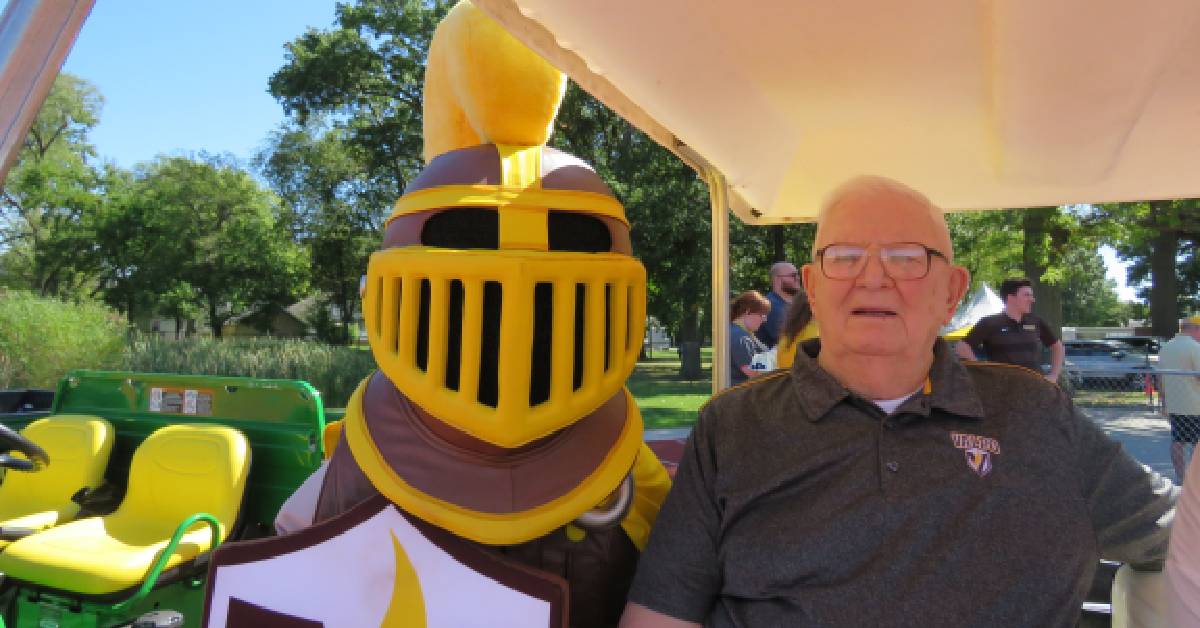 It's with bittersweetness we announce that our patriarch, Donald (Don) Dean Findling, 95, died peacefully in his sleep at his Pines Village Valparaiso, Indiana home on July 7, 2020.

Don was a lifetime resident of Valparaiso, graduating from Valparaiso High School in 1943 as class President, then joining the US Army some three weeks later along with every other male from his class. He served in both theatres – Germany & Japan – before coming home. While abroad, at the suggestion of a buddy, he started a budding mail correspondence with another Valpo girl, classmate Betty Frazier. Her first letter included butterscotches.

Upon discharge, Don enrolled at IU, hitchhiking every weekend back to Valpo to see 'his girl'. It took two semesters and a few perilous wintery adventures along US 421 for him to get the hint, transfer to Valparaiso University & join the football team. He received All-American Football honors in 1947 for putting up Madden-like numbers while splitting time between center & quarterback. In 1948, he graduated.

On June 20th, 1948, Don wed Betty Jean (Frazier) Findling. Her wedding dress contained silk he bought for his mother while in Japan. "Something borrowed." A short time later, he built the house where they raised their three children. It remained his primary residence 'til he chose to move into Pines Village in 2012, a week before long-time next-door neighbors, Tom & Thelma Edwards, did the same – essentially moving together.

Don spent much of his career at Valparaiso University serving as controller. After retirement, he stayed on as a Loan Officer at the Valparaiso University Credit Union. Every day he woke up before dawn, walked to work in wingtips, ran 5 miles, got in his calisthenics, and was in the office early.

Don was an active member of several organizations throughout his long life, including Past President of the Lions Club, Board Member of the Water Department, IHSAA referee, and eldest member of Immanuel Lutheran Church in Valparaiso, serving as an usher and participating in securing the site on which the church now stands.

He loved family and sports, Lawrence Welk, westerns & war films, and road trips to roadside attractions. He loved that his family loved the Dunes & Southwest Florida and he loved every trip he was able to take them on, even though sand & water reminded him of the war. That's who he was: one who put family before himself.

He taught his family that while sitting up close to an event will leave you feeling like you're a part of the action, sitting higher up will allow you to watch things unfold – in both basketball and life. He taught us that for every mall, there's a shaded bench and an ice cream shop near by – and I'm pretty sure he knew them all from Valpo Velvet to Sun Harvest Citrus, and all the way to The Mucky Duck.

And more. Much, much more.

What will transcend is that he was blessed by many friends throughout his life, and his presence and wisdom will carry on.

A private interment will be performed on Monday July 13 for family members.

In lieu of flowers, donations to Immanuel Lutheran Church are appreciated.