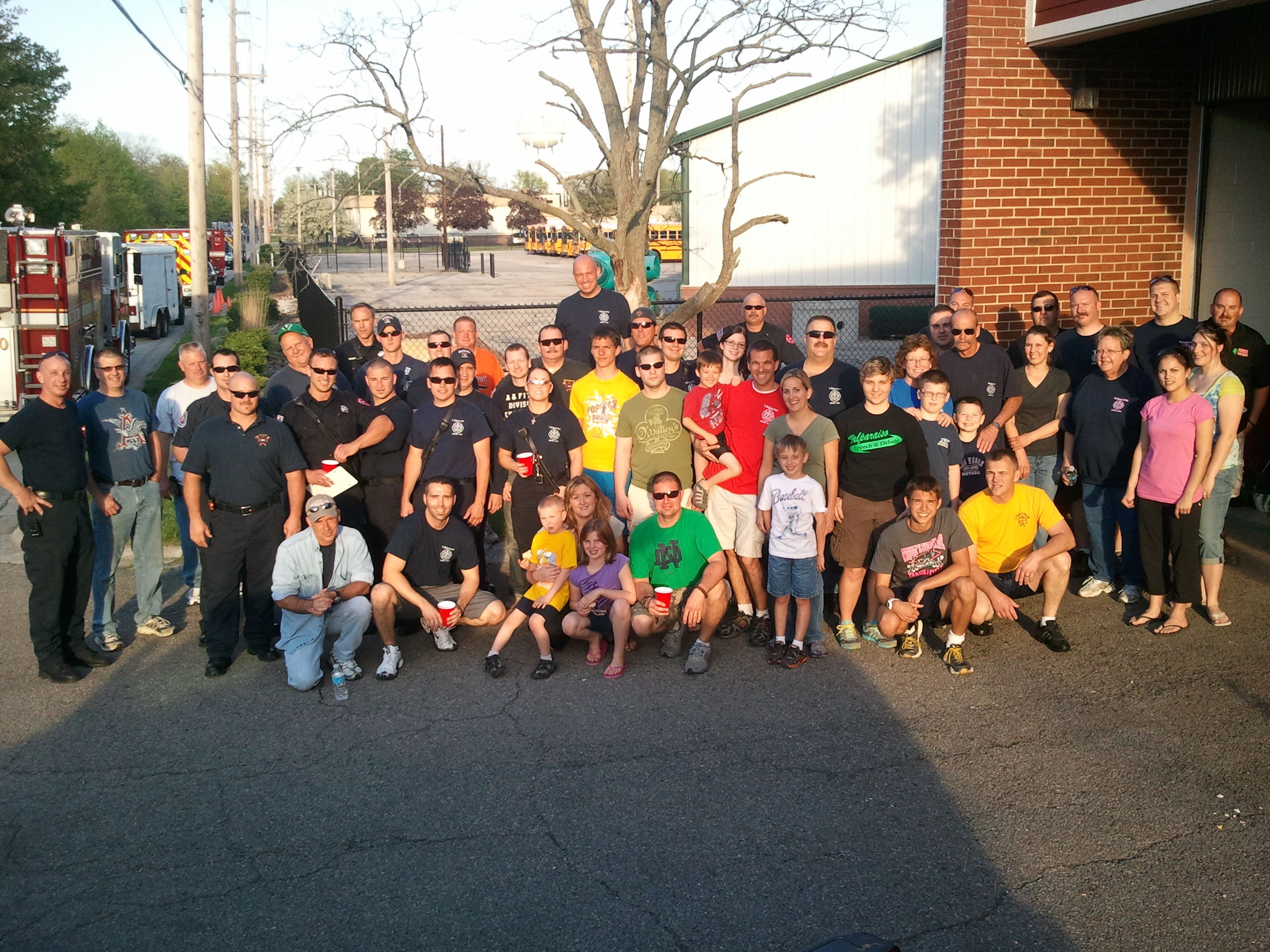 The Valparaiso community honored the life of a dedicated community servant, friend, and father today at the funeral of Valparaiso Fire Chief David Nondorf.

Nondorf served 25 years on the Valparaiso Fire Department and had been Chief for the last twelve. He was known around the force as a great leader and great teammate; someone who inspired others to always be striving for more.

New Fire Chief, Chad Dutz, remembers Nondorf as someone who would never shy away from saying what was on his mind, something Dutz always appreciated in the Chief.

“He let you be your own person, and he wasn't afraid to give advice or to tell you if you made what he thought was a bad decision,” added Dutz. “I could always count on a spirited debate with him, and I will truly miss him."

But no matter how spirited the debate got, in the end you always knew that Nondorf had your back.

And it was this unwavering belief in others that inspired friend and fellow firefighter, Tom Steindler, to follow in Steindler’s father’s footsteps and become a second-generation firefighter.

“I remember it like yesterday,” Steindler said about his first meeting with Nondorf. “At the time he was doing an electrical job for my father's sign company and my father sent me out to meet with him and to assist him digging a ditch. Mind you I was 21 yrs old, and David says to me, ‘hey you gonna take the [firefighters] test in a couple weeks?’ He convinced me it was the thing to do and I could still work for my dad. I went home and confirmed with my father and, well, you know the rest of the story. I followed my father as a second generation firefighter and all because Chief Nondorf convinced a young man there was a great career ahead of me.”

And Nondorf’s heart and passion really shined through when a tragic accident happened to Steindler his first year on the job.

“I was electrocuted and fell 35' from a non-fire department activity,” said Steindler. “Since I was on medical leave and had only 6 months to get back or lose my job. Chief Nondorf at the time was the Local #1124 President, and he fought on my behalf with city administrators as well as department officials for me to keep my job since I was on the verge of not being able to rehabilitate in time.”

“His vision and commitment to the Valparaiso fire department were like no other. He was a leader, a mentor, and a friend.”

And to Nondorf’s family, they will always remember him as a loving, determined father and friend who put everything he had into everything he did in life.

“My dad was an inspiration to any person he met.”

And it is with that legacy, that tenacity, and that willingness to do whatever it takes to make the community a better and safer place that will always live on in the hearts and minds of the Valparaiso community.

So today, as we say goodbye to Chief Nondorf, we thank him for his years of service to his family, the fire department, and to the community of Valparaiso. While he may be gone, his legacy, spirit, and values will be something that will live on in the department and this community forever.