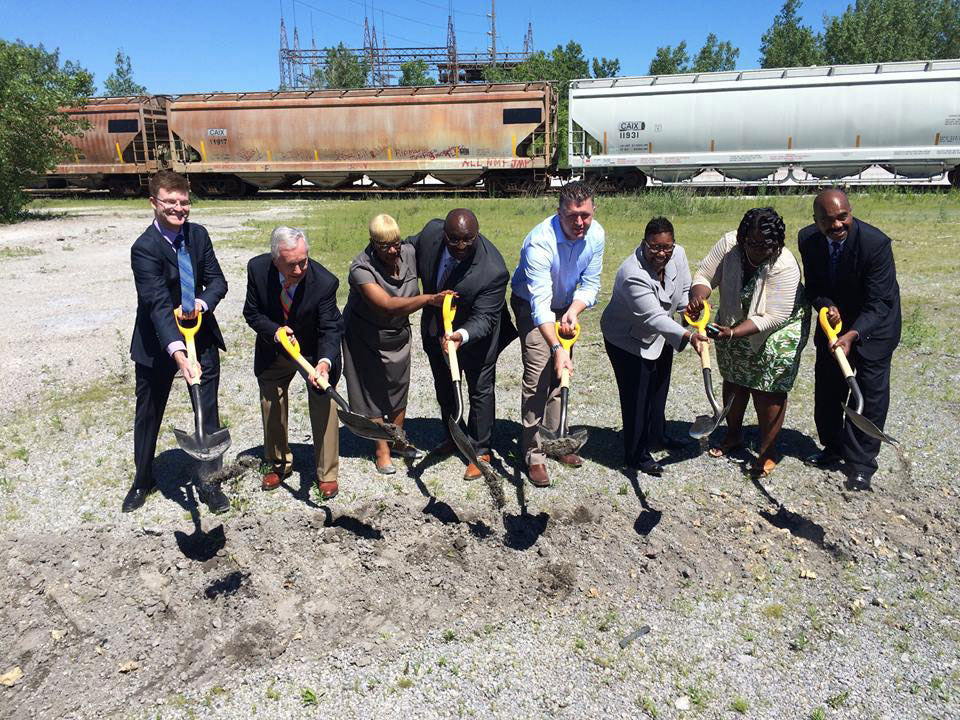 It's been a busy week around the Gary/Chicago International Airport. On Wednesday, Carmeuse Lime & Stone broke ground on a $31 million expansion project that includes a new rail terminal and a waste-to-energy facility near the airport. The Regional Development Authority, the City of Gary and the Indiana Economic Development Corporation are supporting the project with $13.5 million in access road improvements at Buffington Harbor, without which the project would not have gone forward.

Later the same day, Gary Mayor Karen Freeman-Wilson announced an agreement with Garmong Construction Services for an 84-acre industrial park at the airport which would also be serviced by the new access road. Garmong hopes to develop as much as 500,000 square feet of industrial space in the new park.

Finally, on Friday, a cargo flight from Texas became the first plane to touch down on the newly expanded runway at the Gary Airport. The city will officially celebrate the opening on July 10.

Since 2006, the RDA has invested $50 million in the expansion of the Gary/Chicago International Airport. Based on similar projects elsewhere around the country, expansion of the airport will create more than 2,400 new jobs in Northwest Indiana by 2025, more than half of which will be in transportation, warehousing and manufacturing. These jobs will generate and estimated $169 million in disposable income annually and have an overall yearly economic impact of more than half a billion dollars.