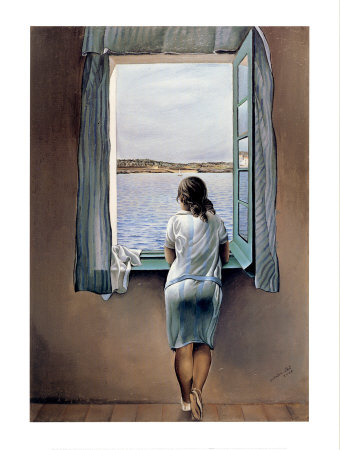 Different images always fly in and out and it is wonderful to observe. Last week I rode through Beverly Shores along Beverly Drive. The water was high in the marsh and the deer were splashing through the undercover with great grace and agility. The white egrets were feasting on the abundance of frogs, snakes, rodents and fish before perching on treetops, their long legs instinctly unfolding on the thin branches. White birds flapping their wings recall the sight five years ago in Rome of John Paul II standing at his window addressing the crowd in St. Peter’s square and white doves flew around him. That image brought another image to mind and that was of John the 23rd opening the Church to the Holy Spirit.

The windows of the Church were thrown open to the refreshing Spirit that became Vatican II. I was in Rome in 1963 just after the first of four sessions of Vatican II. As a young college student I was more interested in partying with Anna who I met in Athens and was studying Art History at Marymount in Rome. But there was something in the air that John the 23rd stirred up. I had a great image of him throwing open the windows to let light in, the light of the Spirit. Over the years that image has dimmed for me.

I remember a line I threw out seven years ago in a heavy discussion in Moral Theology. To my young classmates I said: “To you guys Vatican II is ancient history but to me it was yesterday.” They thought I was ancient history. They made an impression on me and I began to think Vatican II was history that and we should move on.

A few weeks ago Rabbi Mike Stevens asked me to make a presentation on Vatican II to the interfaith group we belonged. Vatican II became alive again. This last week America (June 21-28, 2010) magazine had an article by John Kavanaugh, S.J. a professor at St Louis University entitled Uniformed Conscience. Vatican II shed light on the primacy of conscience.

Since Vatican II more and more of us have succumbed to the lure of our own formed conscience instead of relying on the authority of the Church. Some feel that the Church has squandered their moral authority and the right choice is always to follow our own conscience. Kavanaugh does not argue the primacy of conscience but argues that rather out of laziness (my word) or convenience; we follow our feelings without looking “at evidence or information in forming our moral judgment”. But if I refuse to look at the other side of the argument then I am actually refusing to act morally. I have an uniformed conscience, it “may be sincere”, but “sincerely dangerous”.

The polarization in society and in the Church slams shut those windows that allowed the Spirit to enter our life. We only choose to receive information from those we agree and completely ignore those who disagree with us. We are certain in our opinion but completely ignorant of the other side. Our conscience becomes certain but that does not mean it is correct. How often do we find ourselves just looking (if we look at all) for confirmation of our feelings? That is the easy way out and we do not need to think too much, and we are assured by the thinking of those who share our feelings, our conscience. The hard work of forming our conscience is left to a new enclosed circle of those who say yes to our way of thinking. The white egret is caged up in a zoo.

Being free is work. If we wish to be free to follow our own conscience we must work to properly inform it. Even if that means we have to listen and accept what we do not want to hear. I recently angered someone because I was telling him something he did not want to hear. He wanted confirmation which I was not giving. The next day he called thanking me for giving him the courage to what was right, not what was easy. He was free to follow his conscience.